Take a pop tour around the world 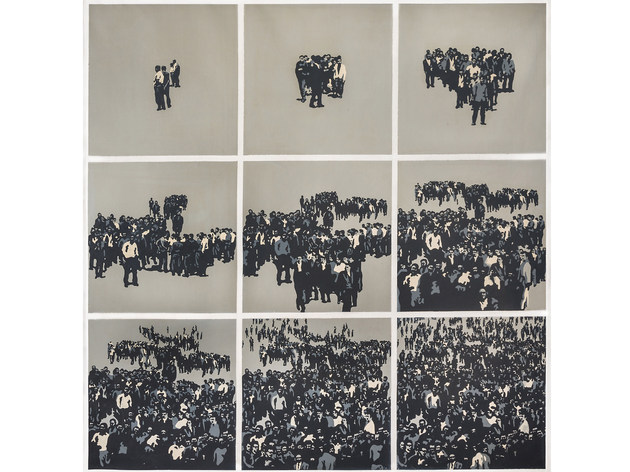 ‘The idea of the crowd was very interesting to us because we kept thinking about how you associate pop art with the iconic image. Pop is about recognisability, even when you think about products such as the Campbell’s soup, but the crowd is this uniform, faceless mass out there. It’s about turning things round, looking at you as a consumer. Crowds are protestors, crowds are a way of equalising people, they’re strength against dictatorships, but they’re also what dictatorships are crushing. So we have a room about crowds including this painting by the group Equipo Crónica, which was set up in Spain in 1964, during the final decade of Franco’s regime.’ 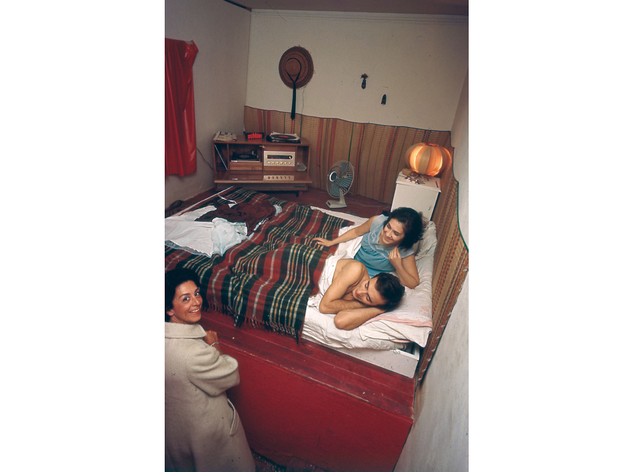 ‘Minujín created this happening in Buenos Aires in 1965. She was super-young, just 18 years old. We’re showing footage of the whole experience – there are chickens running around, people in bed, a hairdresser, fried food. It was so popular that people were queuing around the block. Minujín became a star, and still is. Everyone knows her. She’s the Andy Warhol of Argentina. 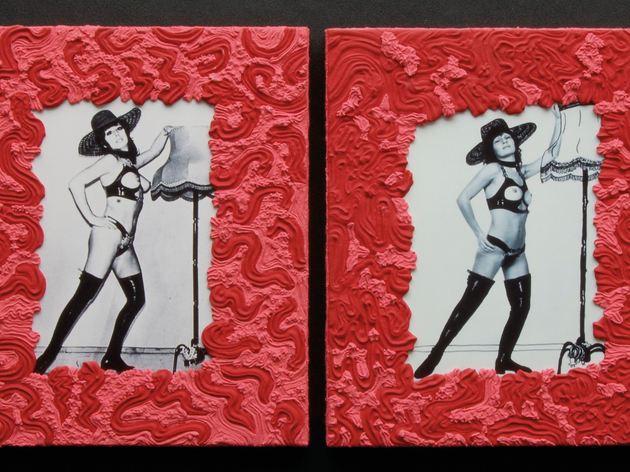 ‘Relative Mimetism – Woman with Boots and Lamp’, 1973, by Dorothée Selz

‘So much of American pop is about men looking at women  – in this pin-up, beautiful, Marilyn way. Whereas through the eyes of women you see pop in a completely different way, from the other side of the barricade. A lot of women artists, completely independently of one another, were addressing the role of women in society. This in part has to do with the liberation movement, and with the circulation of books such as Simone de Beauvoir’s “Second Sex”. We’re going to show “pin-up” self-portrait collages by Dorothée Selz. She’s like Cindy Sherman before Cindy Sherman. She’s also made edible artworks as part of her practice ever since the 1960s, so we’ve asked her to make dessert centrepieces for the opening dinner. I’m quite thrilled about that. 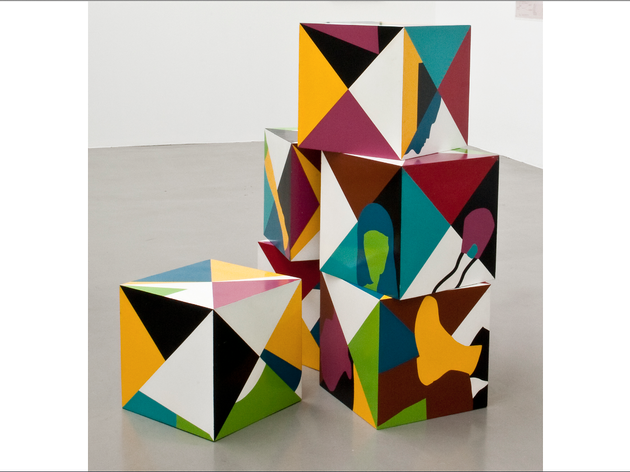 ‘The body in pop art by women artists is very much fragmented. As in Teresa Burga’s “Cubes”, which show images of women broken up across wooden blocks, like a child’s toy. The strong female presence in the show is something we’re really proud of. We sensed there were a lot of women pop artists out there but started out not knowing what we would find because so many of them worked completely under the radar. We’re so happy to bring these stories, these histories, back to the surface. But I hope this is not taken as the final story about pop art. There’s still so much potential.’ 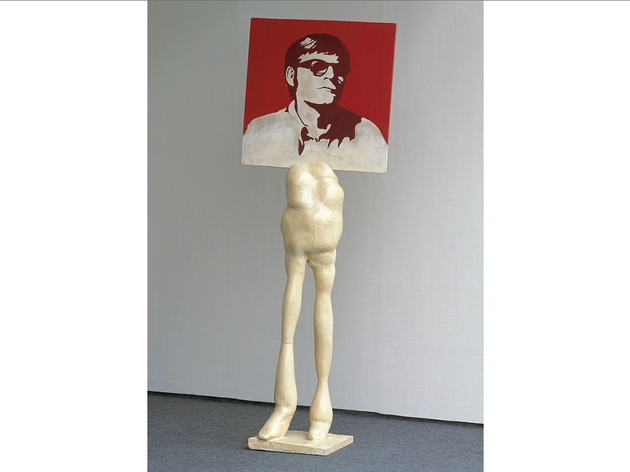 ‘It was really interesting to go and look at these rare pockets of pop art in Eastern Europe. In this work by Jozef Jankowic, a self-portrait, he looks a bit like a movie star of the time, with funky ’60 sunglasses. He’s just standing there, but the work is very critical of the regime. It’s called “Private Manifestation” and basically he’s asserting the private self in a society that sought to crush individual identity. Because you couldn’t go out there and publicise that you were doing something so controversial, a lot of artists made their work in secret. Very often they were just responding to their circle of friends.’ 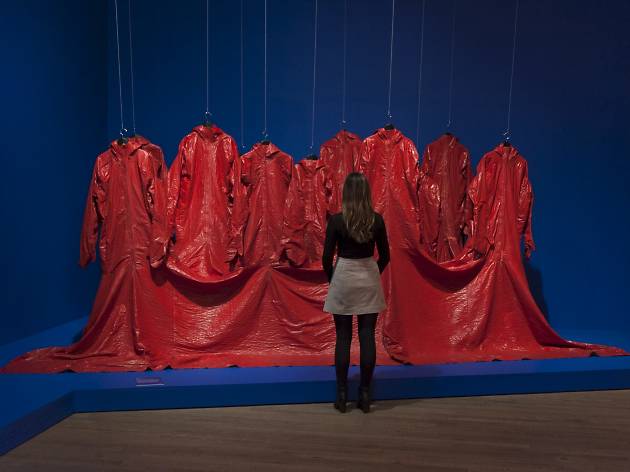 'Nicola L [who was born in Morocco] lives in the Chelsea Hotel in New York, to give you a sense of how cool she is. She made "Red Coat" for a concert of Brazilian artists, which took place at the Isle of Wight Festival' on the Isle of Wight in 1970. She made this coat for her friends, so they all went. It started out as a quirky funny thing and then she started carrying the coat, packing it up in a suitcase, and carrying around the world – to Amsterdam, to Belgium and to Spain, where people were scared about getting in the coat because they were unsure of how the police would react. We’re bringing the original coat back to the UK after 45 years and we’re "re-performing" it.' 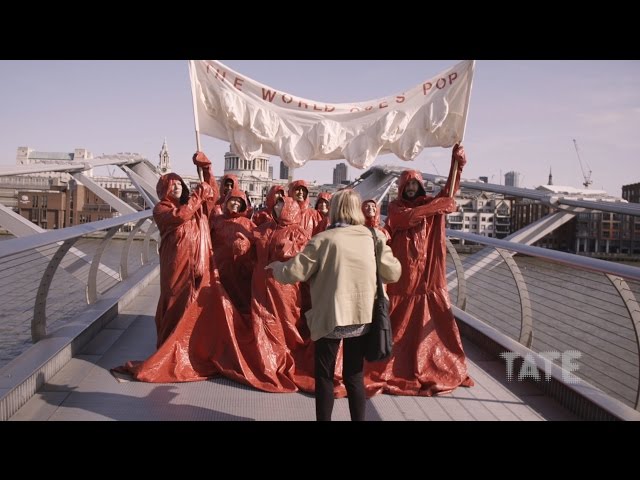 Read our guide to The World Goes Pop 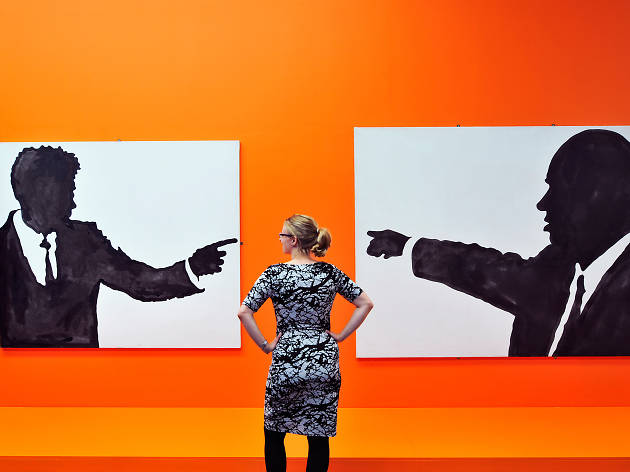 Check out our guide for everything you need to know to make your visit really pop.