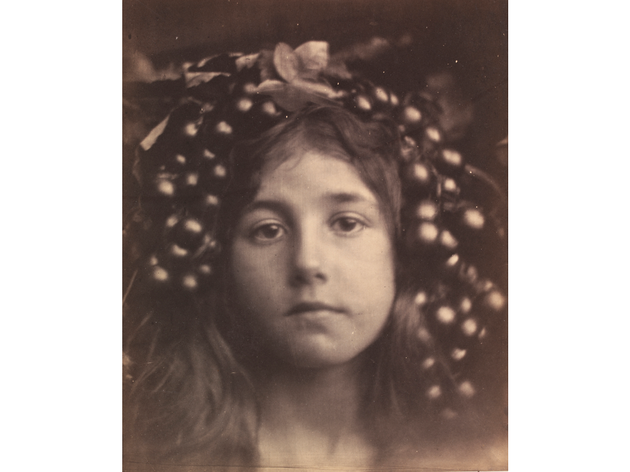 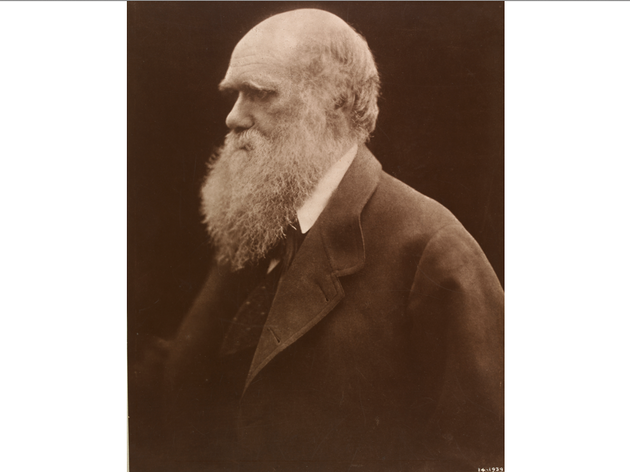 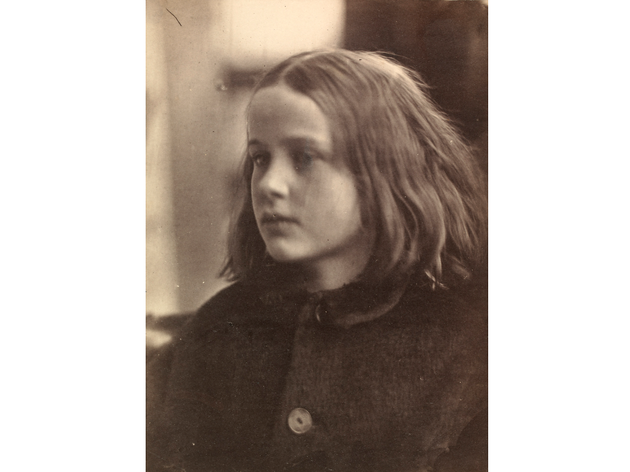 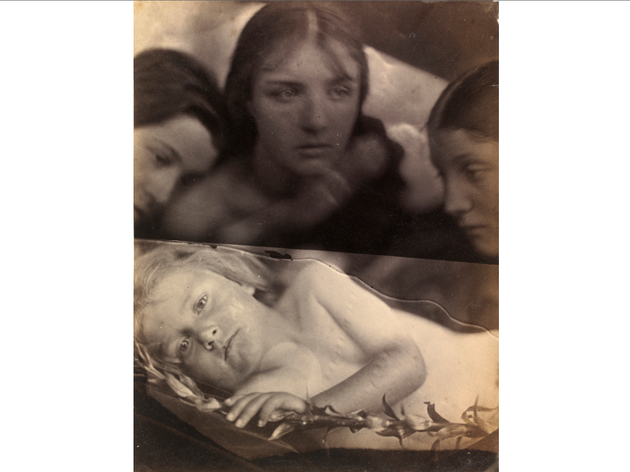 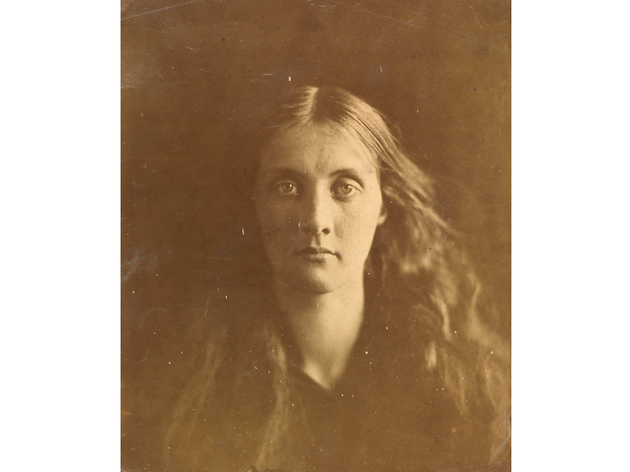 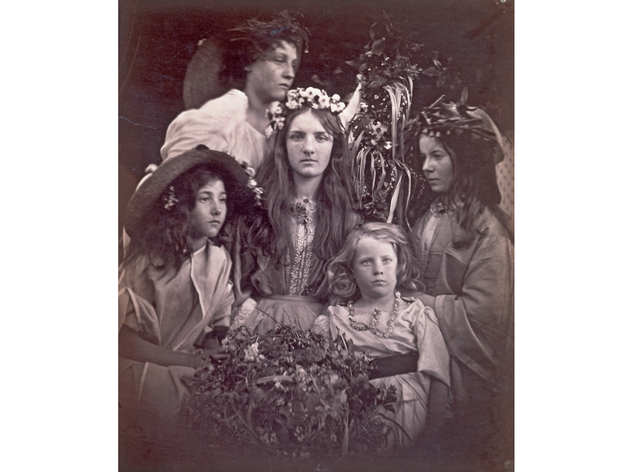 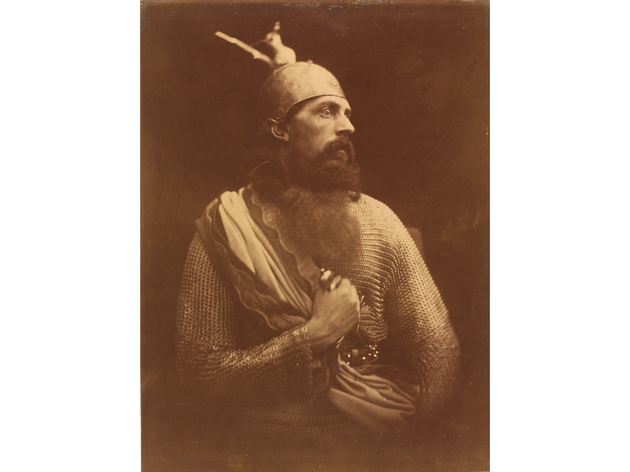 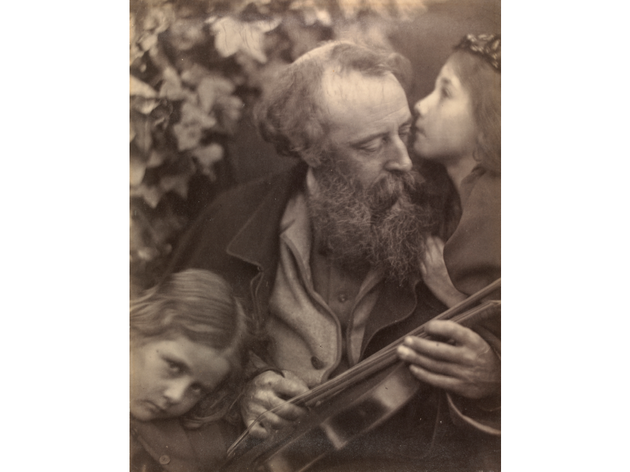 We take it for granted today but when photography was first invented, it must have been extraordinary to witness a moment in time captured forever as a static image. When you look at Julia Margaret Cameron’s photographs from more than 150 years ago, you are reminded why photography was, and still is, so enchanting.

Cameron received her first camera as a forty-eighth birthday present from her daughter in 1863 and quickly created an unprecedented number of images. To celebrate the bicentenary of Cameron’s birth two museum displays pay tribute to an experimental photographer whose innovative approach was artistically revered but also critically condemned due to her unorthodox methods.

At the V&A, in a majestically crimson-painted gallery, the display focuses on Cameron’s relationship with the museum and its founding director Sir Henry Cole. It was he who gave Cameron her first show in 1865 at the V&A’s former incarnation, the South Kensington Museum. Sepia-tinged and often blurry, her photos retain the traces of the photographic process – smudges, scuffs and scratches due to the hazardous and sensitive chemicals used. They’re alluring and haunting. Apparitional portraits of friends and family are hung next to religious and allegorically-themed compositions, which feature one of Cameron’s recurring muses and models, her personal maid Mary Ann Hillier. Cameron cast the melancholic-looking Hillier as Shakespeare’s Juliet, as the Madonna, as St Agnes and as the Greek poet Sappho, among many others. More notable sitters include members of the Victorian intelligentsia Cameron mixed with. Her unique use of lighting, composition and focus accentuates the distinguished personalities of geologist Charles Darwin, poet Robert Browning and the illustrious poet laureate Alfred Lord Tennyson, a neighbour of the Cameron’s on the Isle of Wight.

Yet some of Cameron’s most striking works feature her niece Julia Jackson (mother of Bloomsbury group writer Virginia Woolf and artist Vanessa Bell). Julia was a favoured model of the Pre-Raphaelites and symbolist painter George Frederic Watts – Cameron’s artistic mentor. Her classical beauty and forlorn expression lend each portrait a beguiling power. It’s in these works that Cameron’s aesthetic concerns versus her technical ability are most prevalent and reveal her to be a true artist.

Over at the Science Museum some of the same images or alternative examples can be seen, but here they are part of one of the many portfolios Cameron created during her fifteen-year career, gifted to the scientist and astronomer Sir John Herschel in 1864. Some 90 examples of Cameron’s portraits and religious studies are on display. In these early works many of the sitter’s eyes avoid the camera lens giving them an air of introspection. Yet due to the photographic process requiring sitters to stay still for a specific period of time, sometimes Cameron’s subjects appear startled or mad; Herschel’s eyes almost seem to pop out of his skull.

What is most remarkable about this display are the eight photographs taken in Ceylon when the Camerons returned to their ailing coffee plantation in the late 1870s. Here, she captures her servants and local residents as themselves, a rarity during imperial rule when picturesque scenes were more the norm. Right up until her death in 1879, Cameron persevered in experimenting with photography’s capability of creating captivating and timeless impressions. Going beyond mere documentation, she was a pioneer who, during photography’s infancy, pushed the medium towards something profound.