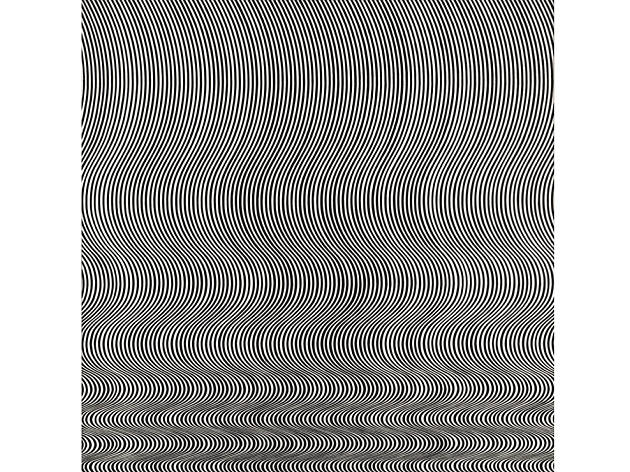 © Bridget Riley
WHEN? 1963
WHERE CAN I SEE IT? This painting is part of the Tate collection but currently not on display. Check Tate Modern or Tate Britain to see when it will next be on show.
I LIKE IT See also 'Six Mile Bottom'

No, your latte hasn’t been spiked. This is an early classic by the dame of op art. Geometric patterns and repetition are key to any Riley composition and this work is like a snippet from a never-ending landscape of sound waves. By curving a single line, Riley is able to create a fluctuating sensation that has your eye darting all over the canvas field. It’s simplicity at its most visually complex. 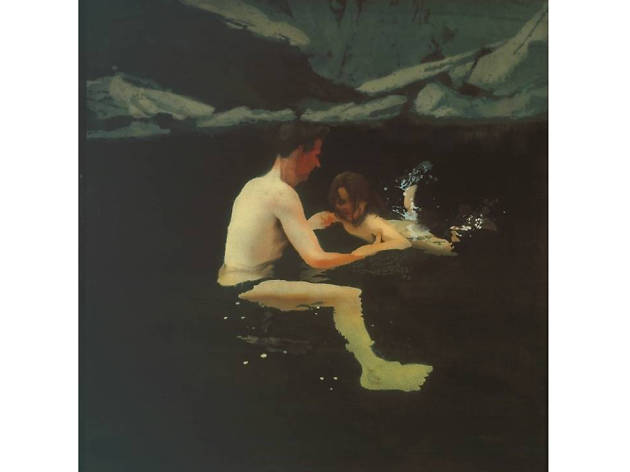 Memories of long hot summer days, lazing by a pool come flooding back when you stand in front of this portrait of the artist with his daughter. As one of the ‘School of London’ crew along with Francis Bacon, Lucian Freud and Frank Auerbach, Andrews was part of a painting renaissance during the post-war period. There’s a nostalgic Polaroid-style quality to this painting, which no doubt comes from Andrews using a photograph as the work’s source material, but it’s his application of paint that gives this intimate moment between father and daughter a timeless significance.
Advertising 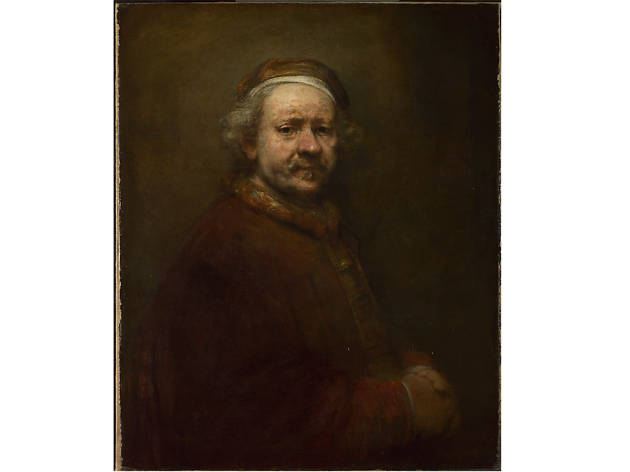 'What an ego!’ you might cry when you first see this Dutch Master’s flattering self-portrait, done in the last year of his life. Truly though, Rembrandt (whose middle name was, delightfully, Harmenszoon) was an existentialist before his time. Before the streets of Paris were littered with berets and one-act political plays, he was plumbing the depths of the human soul and rendering it in meaningful brush strokes. In this self-portrait – of which he painted quite a lot in his lifetime – an older man with kind eyes and a wizened gaze greets the viewer. The lines and shadows on his face, the marks of mortality, suggest a life lived in good faith, and a man fully aware of the human condition. 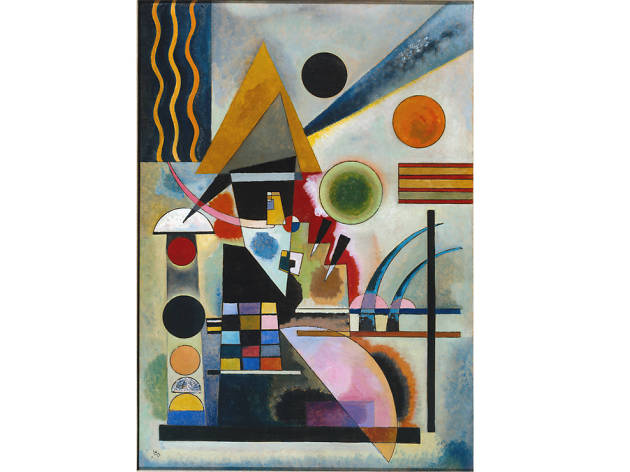 After getting an eyeful of this intense, kaleidoscopic and lyrical cornucopia, it’s not difficult to see why Russian-born Wassily Kandinsky believed that abstract art could offer transcendental expression. His rich colour and mystical mood evoke the essence of a fanciful fairy tale, a jazz saxophonist’s rangey solo, and – as a sign of the times – the rhythms of modernity, all at once.
Advertising 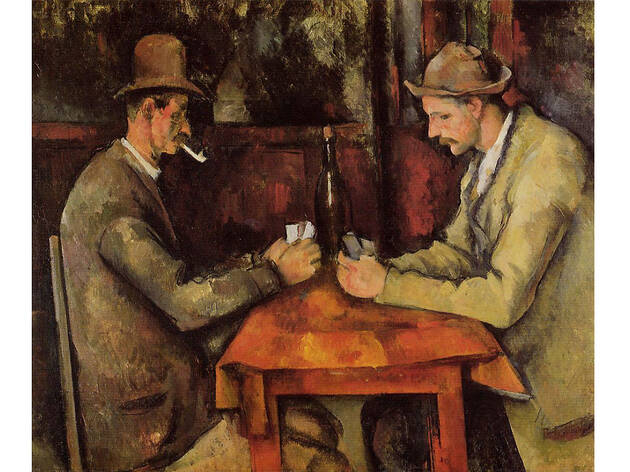 Before he started painted the same mountain over and over again (see number 27, ‘Mont-Sainte Victoire’) Paul Cézanne was lending his dark-hued impressionistic skills to grubby indoor scenes like this. But everything’s a bit skew-whiff. The table tilts at a queasy angle, bodies elongate oddly, heads and hands are in surreally incorrect proportion – but Cézanne wasn’t trying to be weird (not that the old recluse would have to try too hard), he was just concentrating on colour and shape over compositional accuracy. The result is a work where humans are painted as if they’re part of a landscape. It’s not ‘wrong’, it just shows you how much Cézanne really cared about painting. 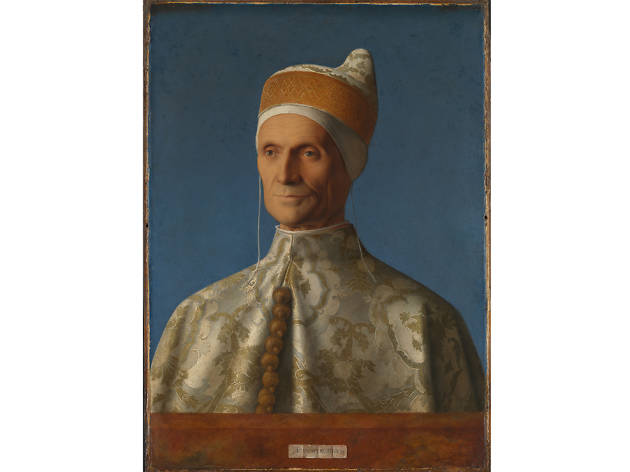 Rigid and austere as a chess piece, Bellini’s Doge (ruler) of Venice stares fixedly out at you – or, actually, not quite at you, but levelly past you, as if concerned with more important matters that the gawping fascination of a mere peon. There’s rarely been a more convincing portrayal of resolute, imperious authority in art since.
Advertising 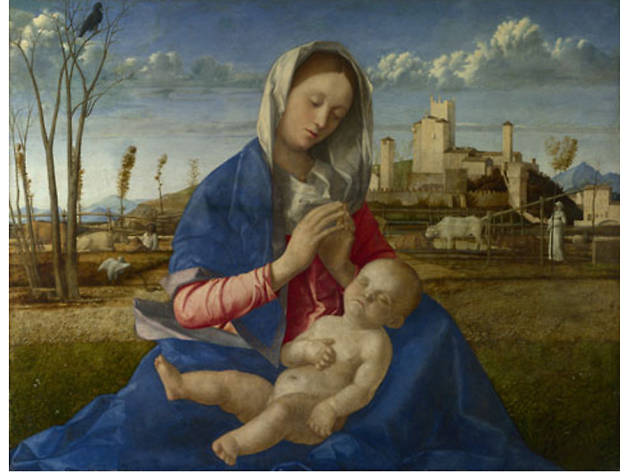 You don’t need to be religious to be moved by Venetian painter Giovanni Bellini’s Madonna. You don’t even need to unpick its symbolism – the struggle between the crane and snake (good and evil) to the left of the Virgin, the presence of a vulture (death) in a tree – or understand the pose, which anticipates the Pietà, in which Mary cradles the dead body of Christ. The gentle lyricism of the landscape, the luminous colour and the palpable tenderness and grace of mother and child explain why this, for many, is simply the most beautiful painting in the National Gallery. 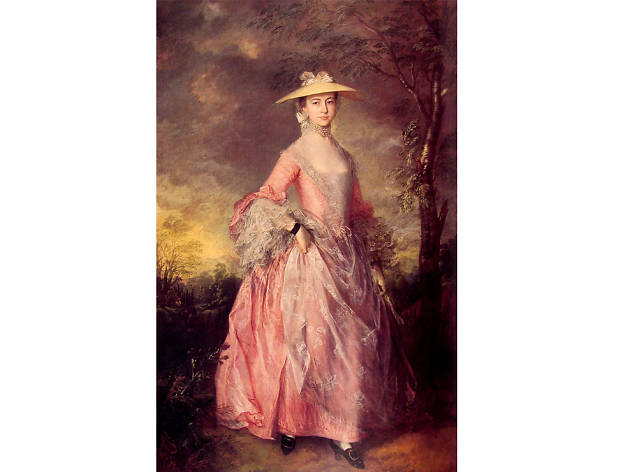 WHEN? 1764
WHERE CAN I SEE IT? Kenwood House
I LIKE IT See also 'Mr and Mrs Andrews'

One of the founding members of the Royal Academy, Gainsborough was the man you went to in the eighteenth century to get your portrait done – even though the son of a wool manufacturer preferred to paint pastoral vistas. Sitters were portrayed in contemporary dress (ruffles) and most often with their stately grounds as a backdrop (see number 71, ‘Mr and Mrs Andrews’), so Gainsborough could get his rural fix. It was his ability to capture a radiantly flattering likeness that kept the aristocratic clients coming back for more. Born plain Mary Hartopp, the Countess of Howe married into money, so status-affirming portraits such as this were especially important.
Advertising 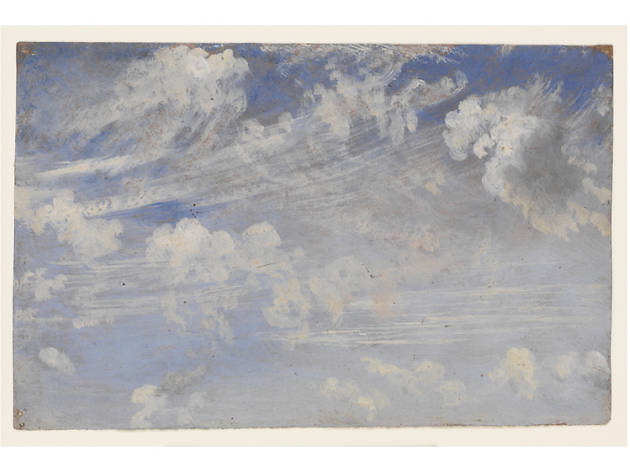 We tend to think of John Constable in terms of his famous ‘six-footers’ such as ‘The Hay Wain’ (which Constable made for exhibition at the RA), but it’s interesting to note that none of these famous (perhaps excessively famous) paintings made it into our top 100 while this diminutive study, made on the spot, did. It spotlights a part of Constable’s character that is often overlooked. He may have spent his time immersed in the art of the past, but he was equally entranced by the fleeting effects of nature. With these fast-moving clouds we get not only a sense of fast-moving light and air, but of the artist’s brush in a balletic dance to keep up. 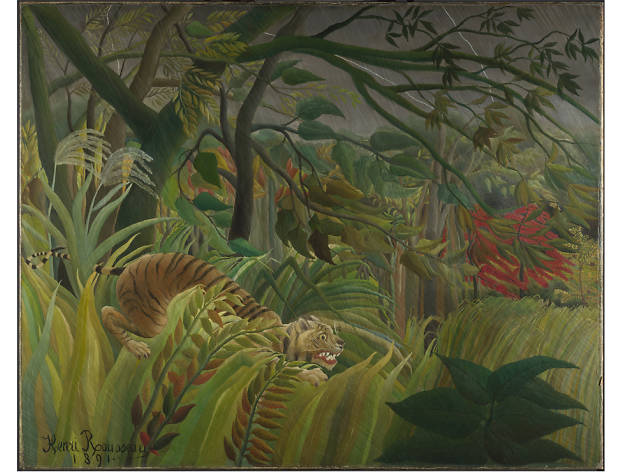 Henri Rousseau was a shock to the Parisian art world of the late nineteenth century. His flat, naïve, childish, untrained style was a warm, tropical breath of fresh air in the stilted, formally-trained art scene of the time. There’s a case to be made for viewing ‘Le Douanier” (‘the customs officer’, as he was named after his day job) as the first outsider artist. His total disregard for formal art ideas was a big hit with the likes of Picasso, Fernand Léger and the surrealists. In this rainswept vista of a faraway forest (Rousseau had never left France), his imagination takes flight and even to this day stands out as a unique artistic vision.
Count down 80-71
Recommended