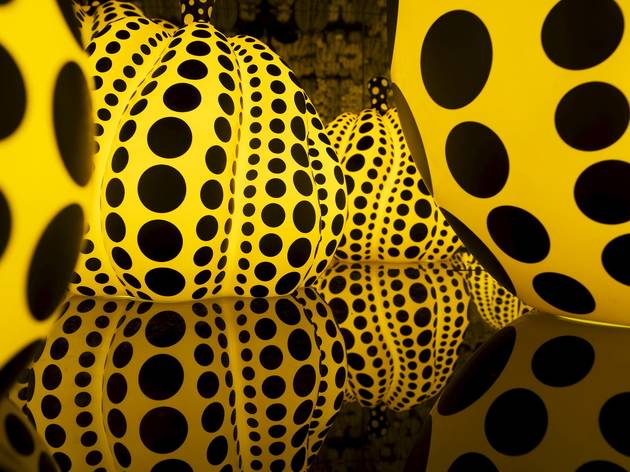 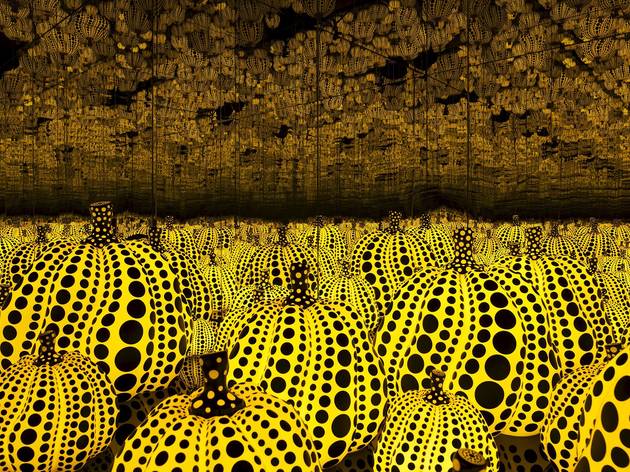 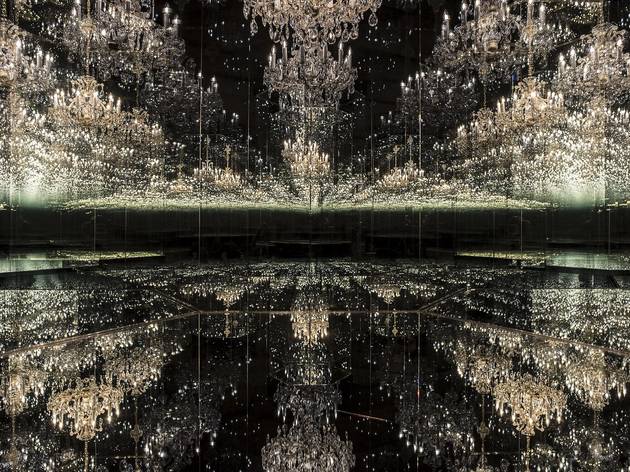 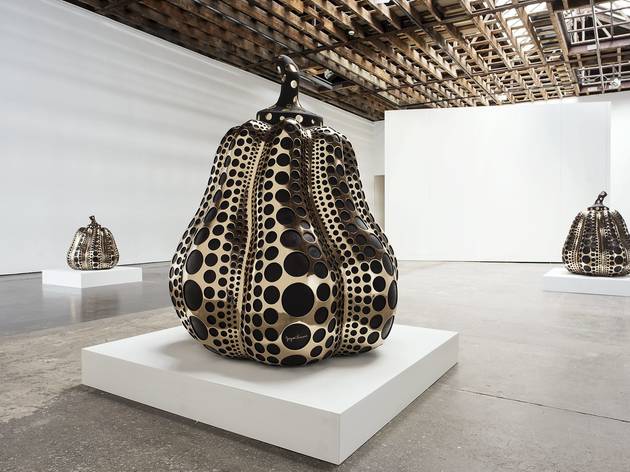 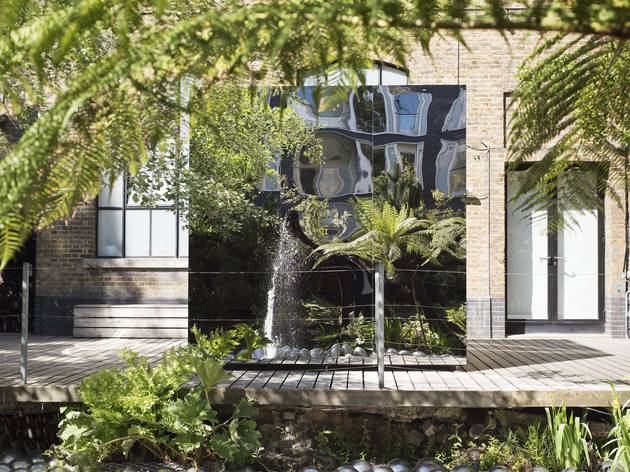 Yayoi Kusama is one of those artists whose mythology often overshadows her work. Now 87 years old, she has had a litany of avant-garde terms thrown her way over the years – conceptualist, feminist, minimalist – and was an indisputably huge influence on pop art giants including Andy Warhol. Having done her time on the 1960s’ New York scene, in the early 1970s Kusama returned to Tokyo, checked herself into a mental institution and has lived there willingly ever since – travelling to her nearby studio to work. Add to this personal history her colourful dress sense (with bright wigs and polka-dotted smocks, she is like one of her own patterned paintings come to life) and her record-breaking auction results, and, well, the myth builds itself.

But now on to the artwork itself. This ambitious new exhibition of paintings, sculptures and installations across two sites – Victoria Miro galleries on Wharf Road in Old Street and on St George Street in Mayfair – is teeming with Kusama’s continuing preoccupations: pattern, repetition, mirrored ‘infinity rooms’ and huge, distended pumpkins. It’s not hard to believe her claim that she has experienced hallucinations since childhood. Or, by extension, to think that she harnesses such visions through the act of creation. Especially when standing in the ‘All the Eternal Love I Have for the Pumpkins’ room. Here, you’re surrounded by a sea of the artist’s signature dotted gourd-shape lanterns, which seem to undulate while their shadow selves stretch into an endless looking-glass distance. The relative solitude (only two people are allowed in at a time) forces you to confront your own mirror self, and to reckon directly with the artist’s bold statement on life, death and much else in between.

It is these rooms – these corners of the artist’s mind, if you will – that embody what is most compelling about her work. What on the surface seem like big, brash, poppy statements, are at core a slight gesture passed from one person to another – intimate and ever-changing.