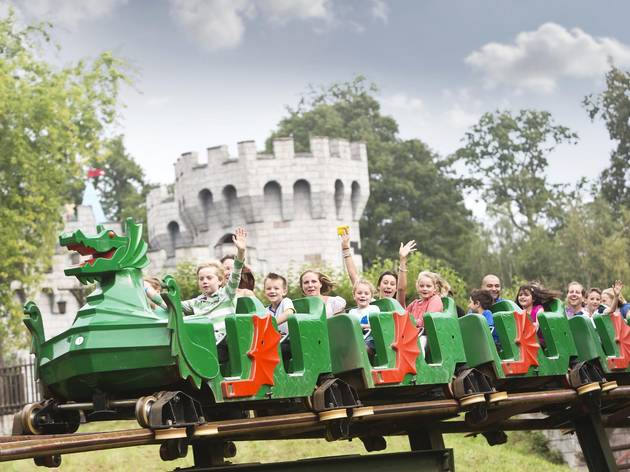 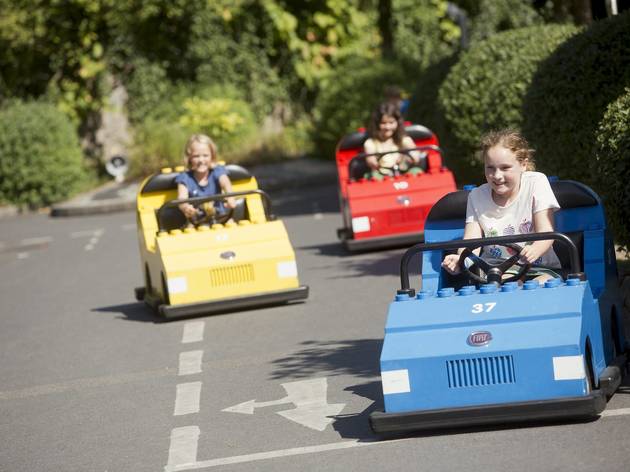 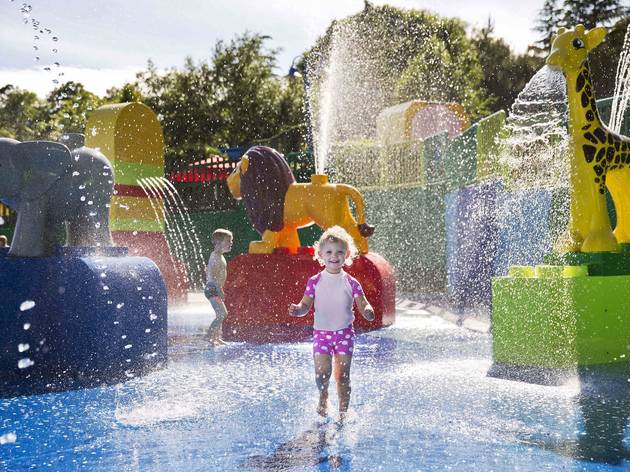 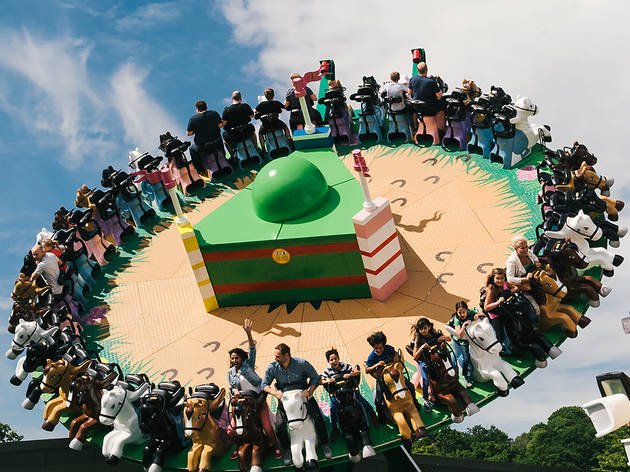 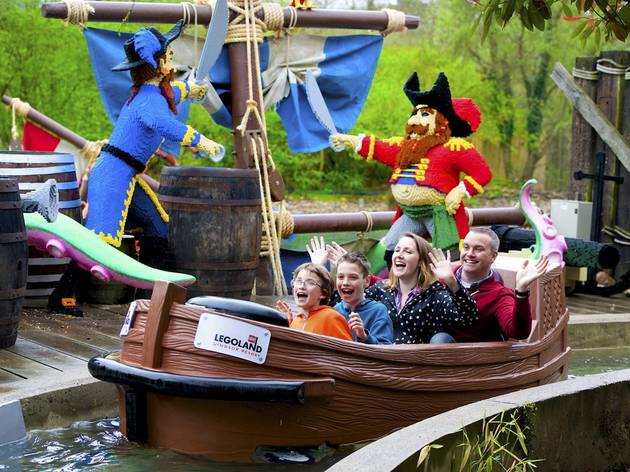 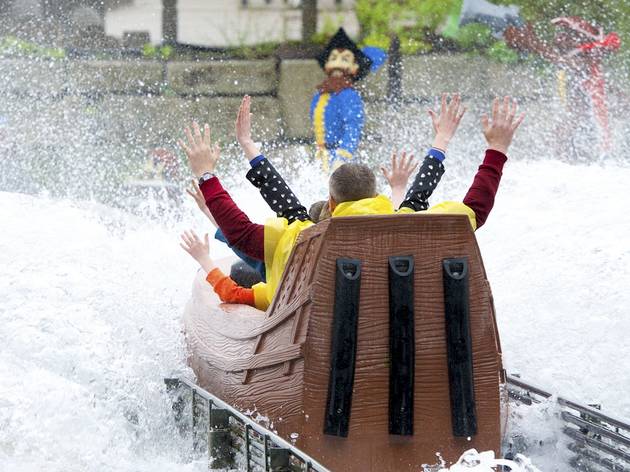 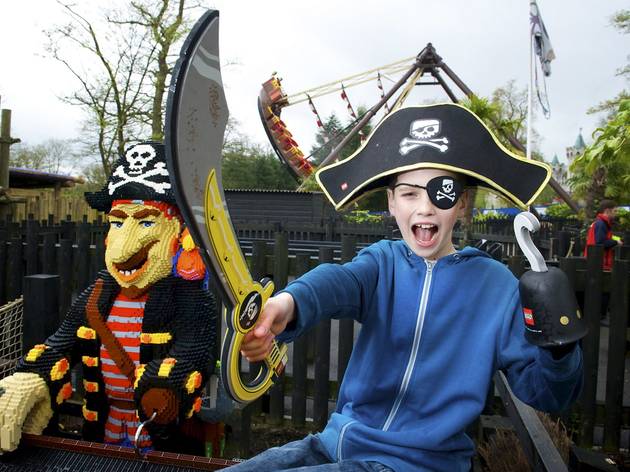 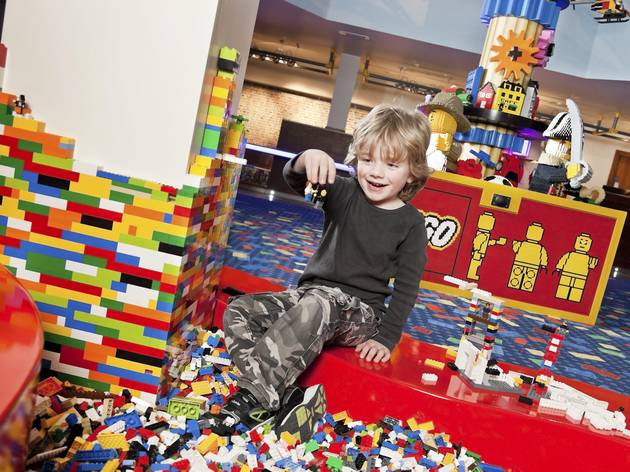 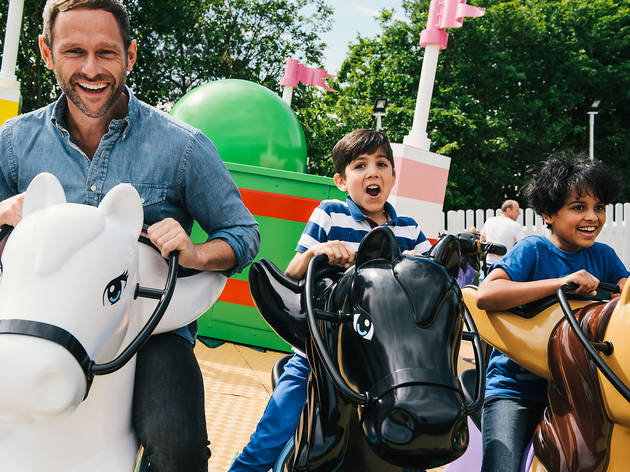 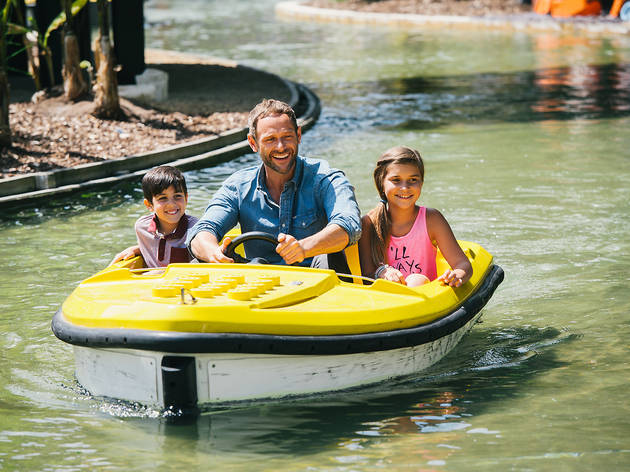 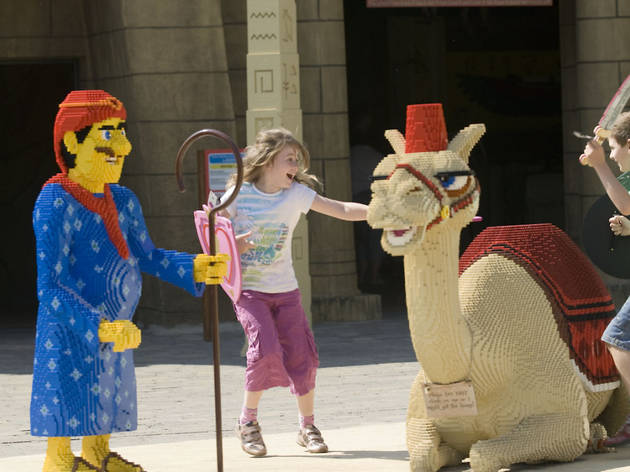 A theme park dedicated to one of the world's favourite toys was always going to be on to a winner, and Legoland duly delivers. More than 55 million Lego bricks have been used to create the park, and although it's aimed at a young crowd (between two and 12 for the most part) there's enough here to keep the whole family entertained. It might even help parents forget stepping on the stuff in the middle of the night.

The old favourites are still a big draw, from Lego City Driving School (six to 13-year-olds steer whizzy electric cars amid roundabouts, traffic lights and much confusion; there's a scaled-down version for tots) to the Jolly Rocker pirate ship, Miniland (London landmarks in miniature) and the Castaway Camp adventure playground with treehouses and rope walks. Other star turns include The Dragon – which passes slowly through various Lego-brick-built medieval scenes before giving punters the full rollercoaster treatment – and the wicked Pirate Falls Treasure Chest, a watery voyage that culminates in a drenching drop. There are drying-off cubicles dotted around the park for cold or rainy days. New for 2017, there’s a 4D interactive ride and training camp called Lego Ninjago World, just in case you want your five-year-old to grow up to become a deadly assassin with a decent angle on stealth.

Legoland is mainly closed over the winter months with the exception of a Christmas extravaganza in December. The park opens up again mid-March with hours during spring mainly 10am-5pm. Make sure you check online before making your trip though, as occasionally the park is closed for a few days in the summer months.

Predictably, school holidays are the busiest times to go. Best to pack activities that can keep the kids amused while they're standing in line; Legoland also provides play tables full of the ever-popular bricks to play with mid-wait. Since the biggest downside to any theme park visit has to be the queueing, you might want to consider splashing out on the Legoland ride-reservation gadget, a handheld device called the Q-Bot (£15-£75), which lets you book the times of your rides in advance.

Regarding tickets, there’s a sort of traffic light system: green tickets are the cheapest (usually midweek), yellow are the medium ground, and blue tickets are the priciest – usually during school holidays or other peak times.

Spot live sharks and rays swimming among Lego mermaids as you travel through a 1 million-litre tank in a slow-moving submersible.

No, not Atlantis Submarine Voyage – because all that water stays on the outside. It's a draw between the swashbucklers' flume and the swirling rapids of the Norse

Clamber on to a 'pony' that spins on a giant frisbee which glides back and forth along a track that rises up at each end (remember: what goes up must lunge down)… Why would anyone put their insides through that? The kids loved it.

Book into one of the Legoland Hotel’s rooms (there's one hotel on-site, with another due in July 2017) which are colourfully furnished along the same lines as the theme park's various zones. Hotel guest benefits include early access to certain rides, free parking and a Lego gift for every child.