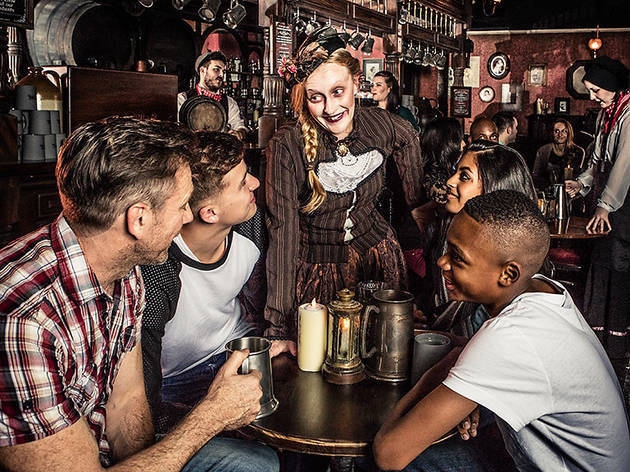 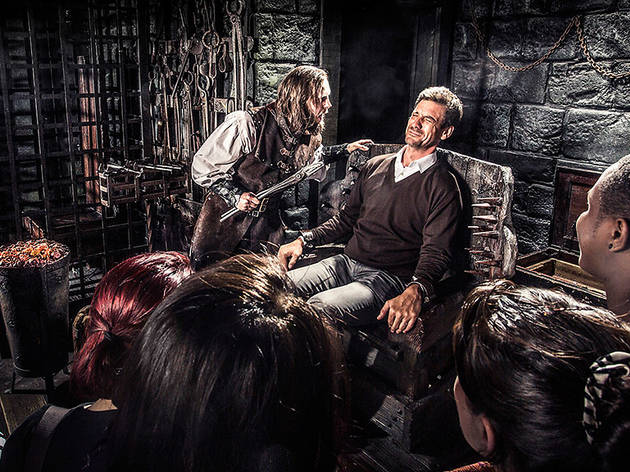 Tales of murder, torture and other foul deeds are brought to life on a tour of London’s horrible past in scary but seriously funny style

After four decades under the arches in Tooley Street, London Bridge, the city's notorious dungeons moved to the South Bank, where it's made itself at home since 2013. That may not sound like an 'orrible, stinkin' location, but believe us, they've certainly turned it into one: with genuine foul smells and real life rats.

When you get there take a trip down a cobbled, shadow-laden alleyway, where you’ll join the 90-minute immersive tour that basically guides you through just how grim it was to live in London in the days of yore. Actors in Victorian garb make you jump as they recount tales of the capital’s history: some legendary, some true, all pretty awful. You’ll hear about tyrant kings, pestilential houses, murder, torture, terror and more murder.

The high jinks all takes place in superb sets that gather a stonking variety of scenery, smells, rides and atmospheric lighting to make you feel like you’ve left the twenty-first century behind. You can step into the shoes of a ‘traitor’ in the days of Henry VIII, and sail downriver to the Tower of London. Plus, you can discover all there is to know about the ill-fated Gunpowder Plot from Mr Guido Fawkes himself. And you can wander the streets where Jack the Ripper prowled – and plenty more.

The gross get-ups the actors have to wear are disgustingly impressive. The puss-filled sores are enough to make you heave, but hopefully you'll be distracted enough by the genuinely funny approach to the experience. And don't be embarrassed if you scare easily, because there's not a soul in there who'll be able to resist even the tiniest of shrieks when something inevitably jumps out at the group.

While there’s no official age limit, this is recommended for ages 12 and over – anyone younger might find this a bit too much. Adults who don’t fancy the boat ride or the sudden drop at the hangman’s final should note they can exit at certain points along the tour, and wait for their fellow visitors on the other side. You’ll all probably be in need of a strong drink afterwards.