Bars and pubs, Cocktail bars Bermondsey
Recommended
4 out of 5 stars 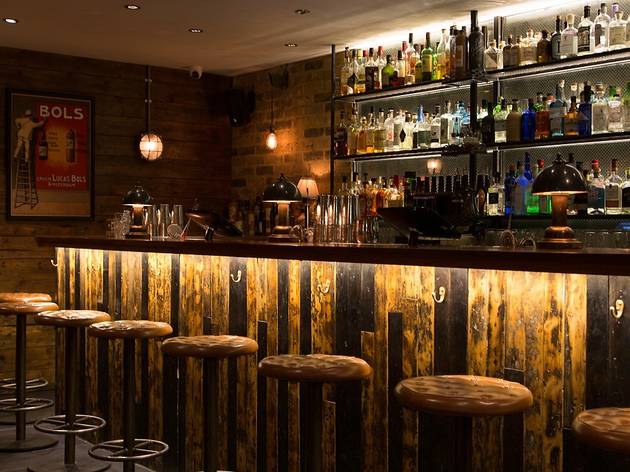 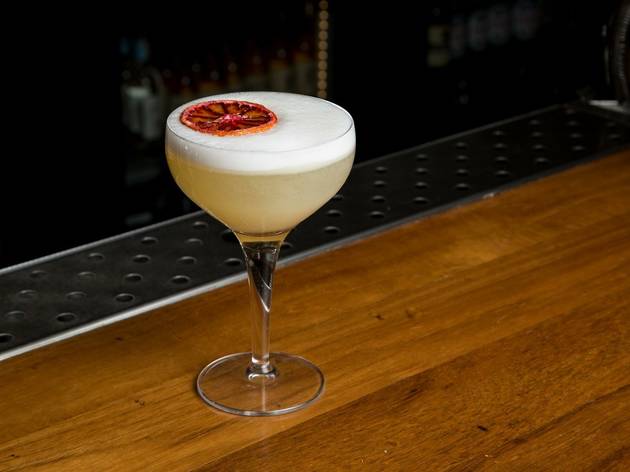 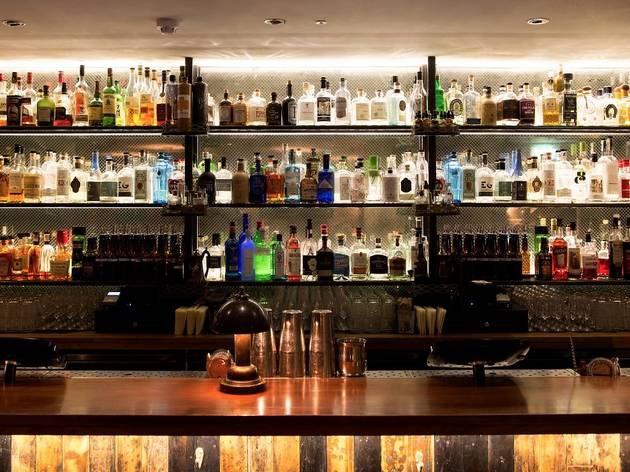 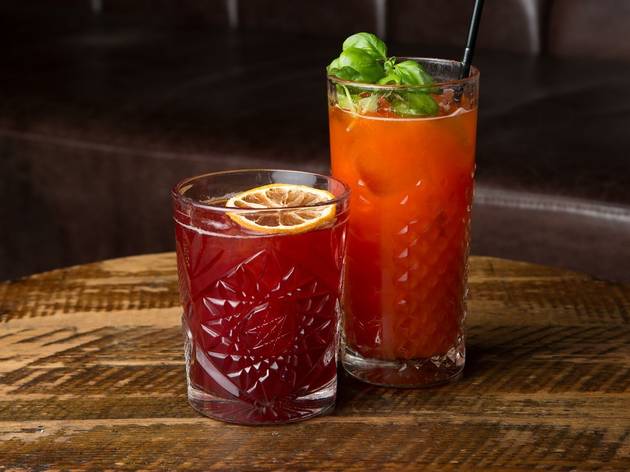 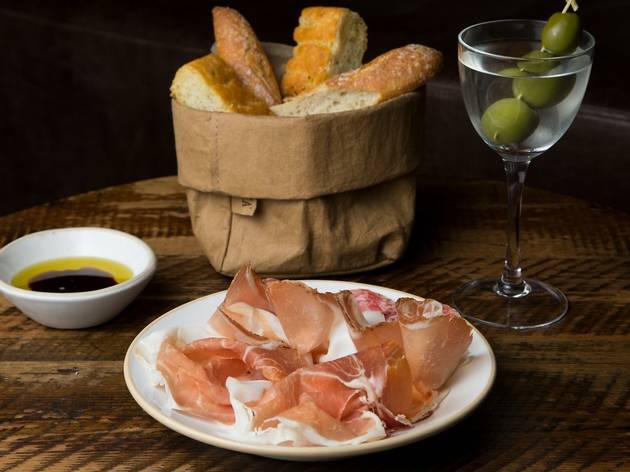 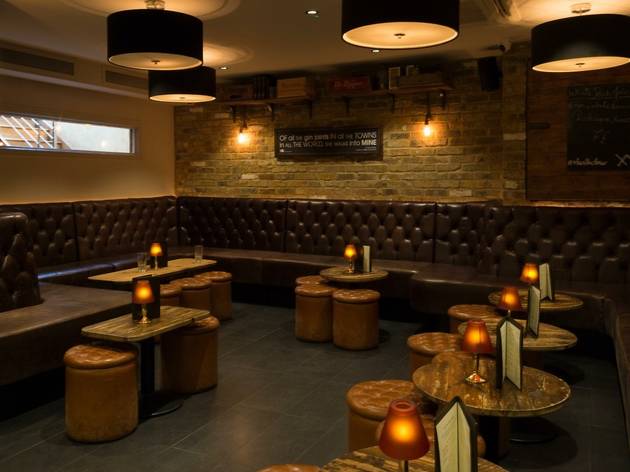 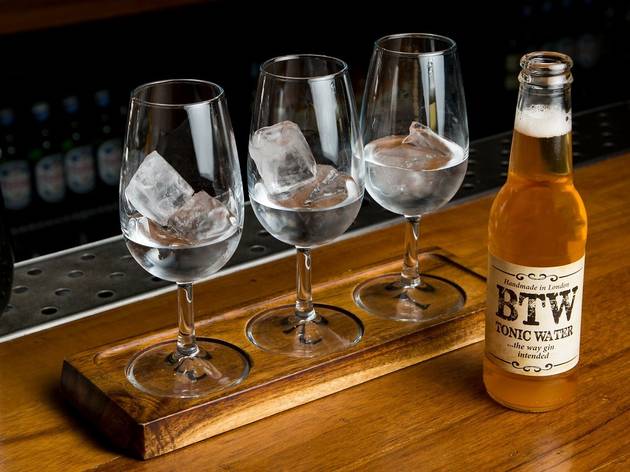 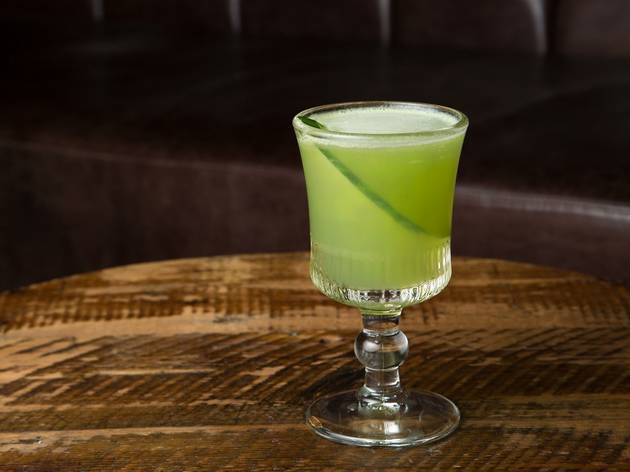 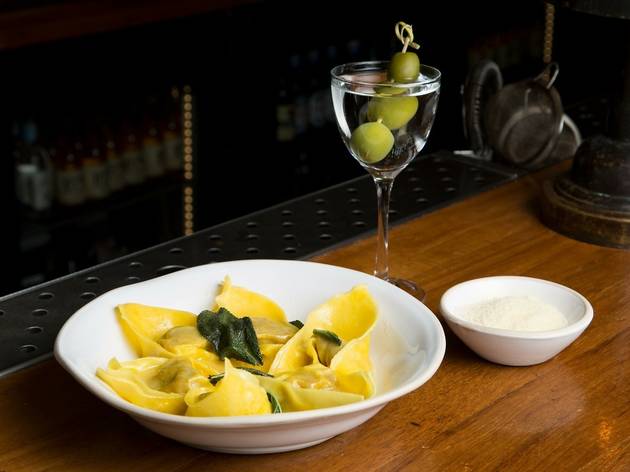 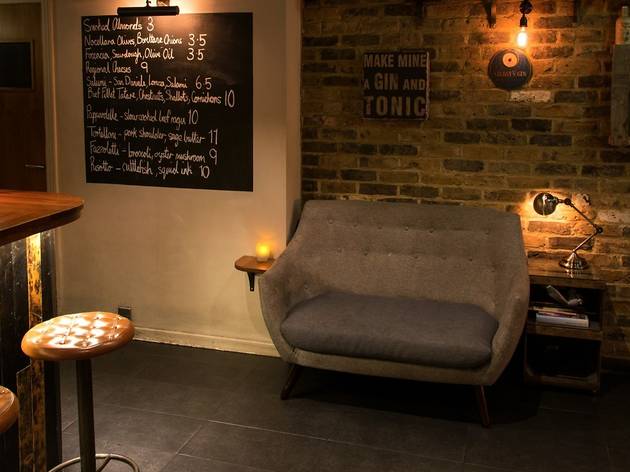 Azealia Banks' song may be called '212', not ‘214’, and she may be talking about the borough of Manhattan, not the borough of Southwark. But the strident rap-talker would definitely be down with this new basement cocktail bar – especially if she likes gin.

214 Bermondsey is dedicated to the spirit that sent London staggering into the gutter during the eighteenth century. Gin’s image as a ruiner of mothers, a rotter of guts and a corrupter of the poor is no more; it has also survived its time as the drink of choice for the reposing colonialist. It’s now the city’s coolest spirit, with young gin-loving hipsters (‘ginsters’?) setting up their own boutique distilleries by the barrel-load.

So, what can you try here? If it’s gin, it’s in. The back bar holds more than 100 bottles of the stuff: some of it comes from ‘just up the road’ in SE1 (Jensen), some from California (Junípero). Lesser-seen varieties include Dutch genevers, the Scottish Caorunn, and The Spectator, distilled for readers of the same magazine. All come with clever tasting notes and details of the botanicals involved. The list of gin cocktails is impressive too.

If you're not sure where to start, there’s an easy entry point for the hesitant – four ‘gin flights’ each offer three distinctive spirits mixed with tonic. In a neat touch, drinkers are encouraged to identify each themselves from the notes before tearing open an envelope. The biggest talking point, however, is perhaps the own-made tonic, which in this dimly lit cellar glows pink like a Bombay sunset. It’s made with imported quinine bark, lightly carbonated; it’s deliberately subtle, to let the flavours of the spirits shine through. And enthusiastic staff have all the gen on gin. So after all this effort, don’t ask for Gordon’s and tonic, ice and a slice. It won’t go down well in any sense.