Bars and pubs, Cocktail bars Waterloo
Recommended
4 out of 5 stars 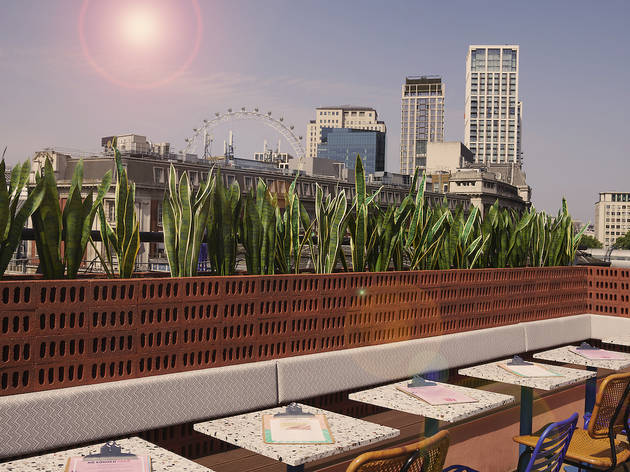 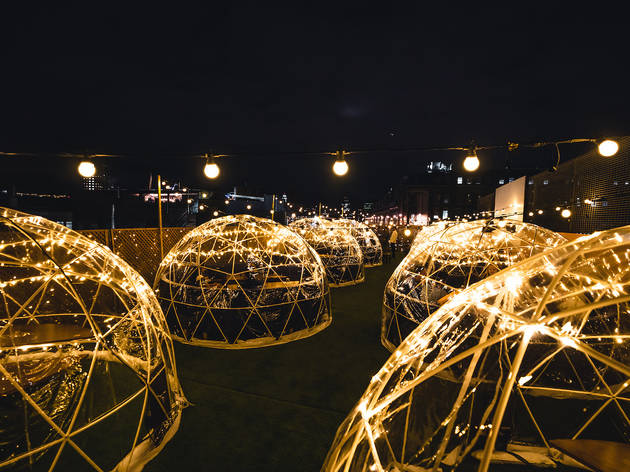 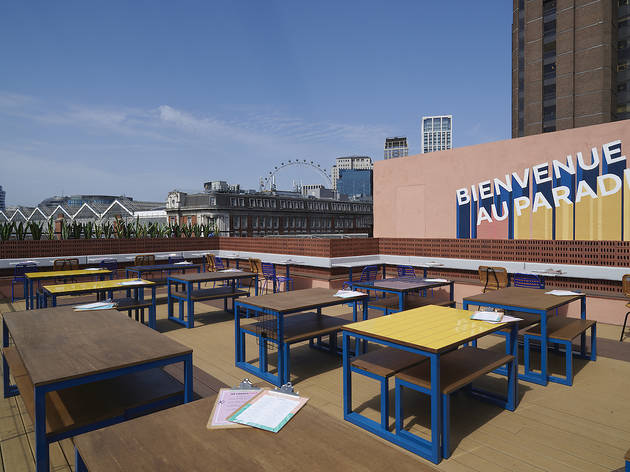 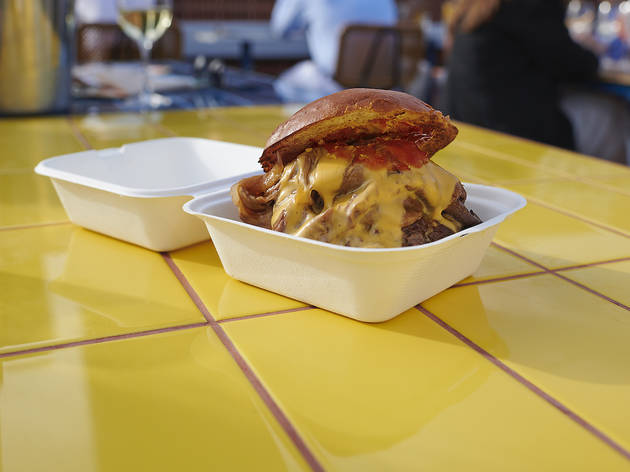 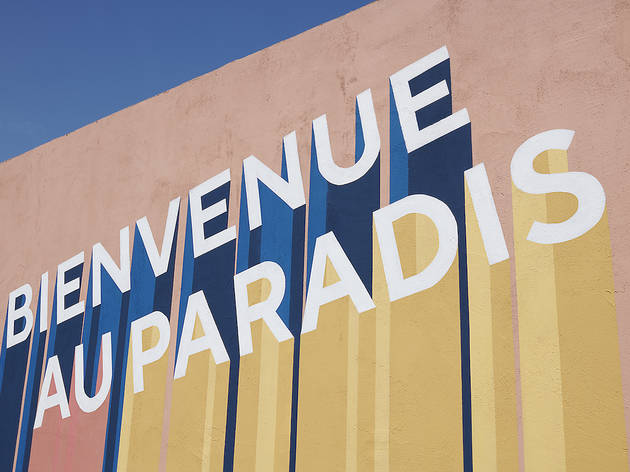 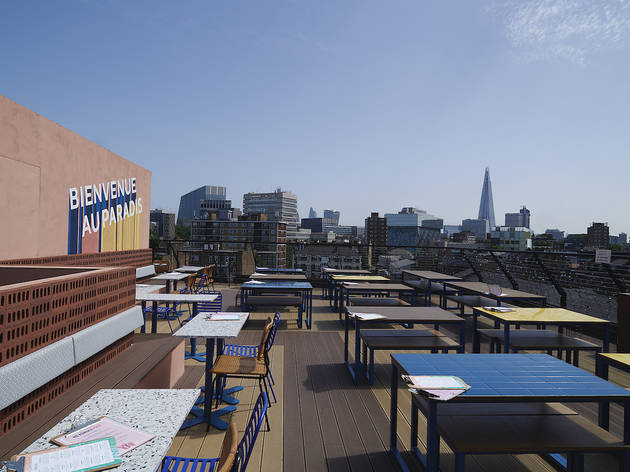 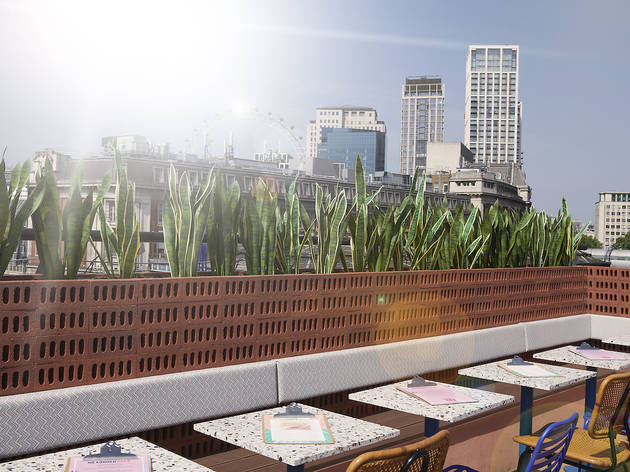 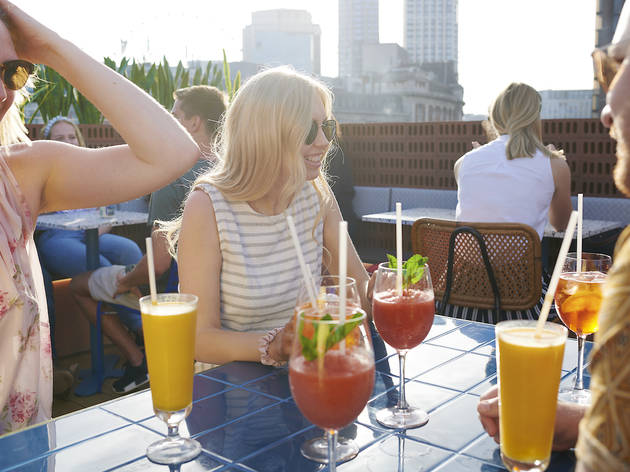 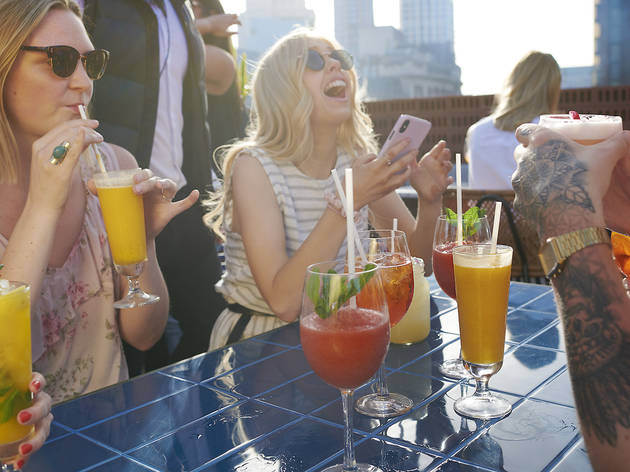 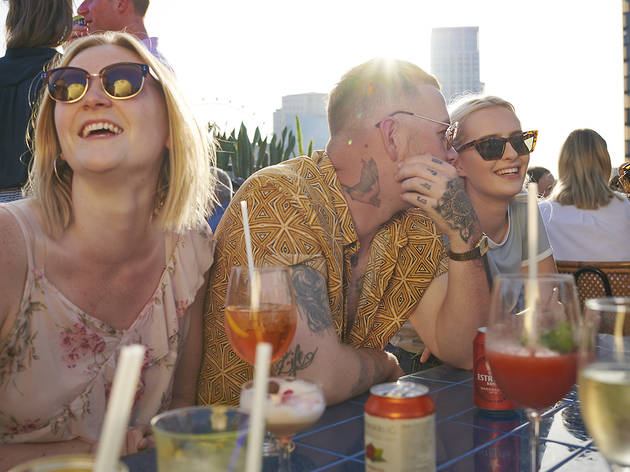 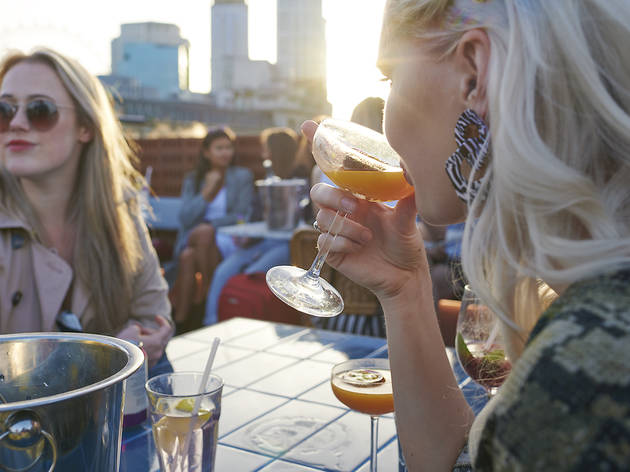 Welcome to party island. You’ll have to battle past crowds of frazzled commuters at Waterloo station and climb up a series of brightly coloured staircases to get there. But it’s worth it to reach this buzzy rooftop oasis with swoonsome views of the city’s skyline. It takes its inspiration from the tiny island of Elba, just off the Tuscan coast, where Napoleon Bonaparte was forcibly sent in 1814. He took his horse and a few hundred of his closest pals. Political exile? Apparently he just partied in the Med for 300 days.

Enough of that, though. Bar Elba’s historical theme is as loose as they come. With fairy lights, communal benches and a sizeable cocktail list, this rooftop bar is more about the (bona)party than the nineteenth-century military leader. The bar boasts a small wine, beer and cider menu, as well as a selection of bubbles for those with an emperor’s budget. Cocktails are sweet and summery: the frosé, a velvety-smooth, rosé and vermouth-spiked strawberry slushie, was easily the stand-out, while the Aperol Spritz was solid and came served in big sharing jugs for the thirsty.

Balmy Italian paradise, Bar Elba is not. But, as the sun sets over Waterloo, with a view of the Shard glinting in the day’s last light, it is a sweet place to be. Of course, there’s no proof that the premise is in any way historically accurate, but ‘liberté, egalité, rosé’? That’s a motto I can get behind.

Bar Elba says
Rooftop cocktail bar in the heart of Waterloo, just a stone's throw away from the London Eye. Serving up epic views, cocktails & parties seven days a week. Choose one of our delicious cocktails, beers or wines and watch the sun set over the Southbank.