Bars and pubs Canonbury
Recommended
5 out of 5 stars 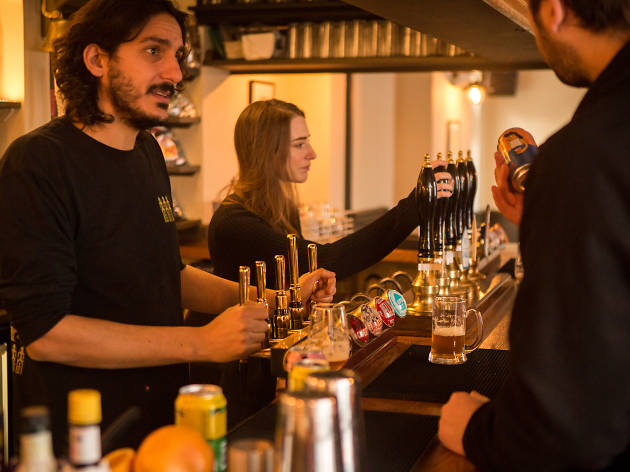 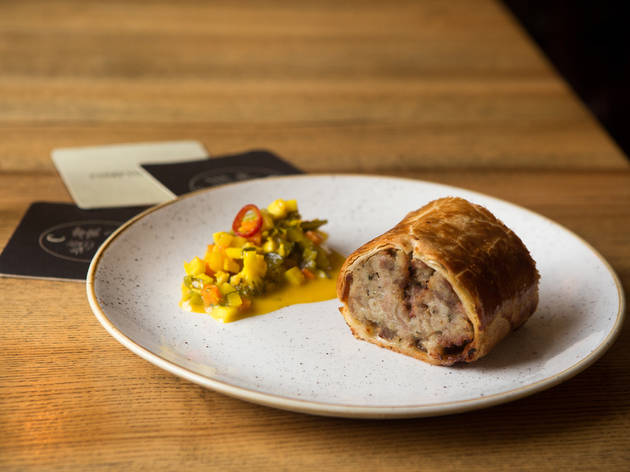 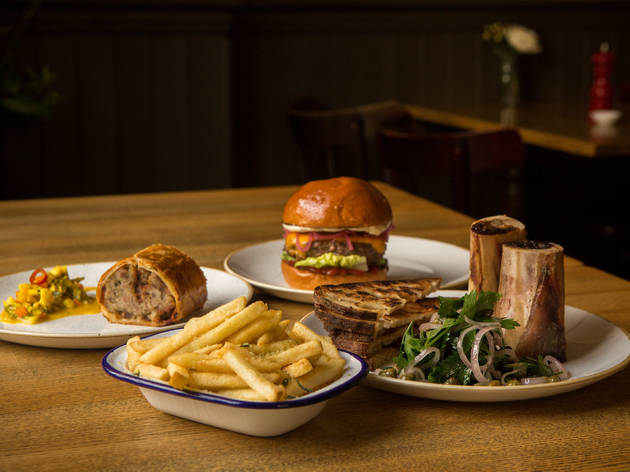 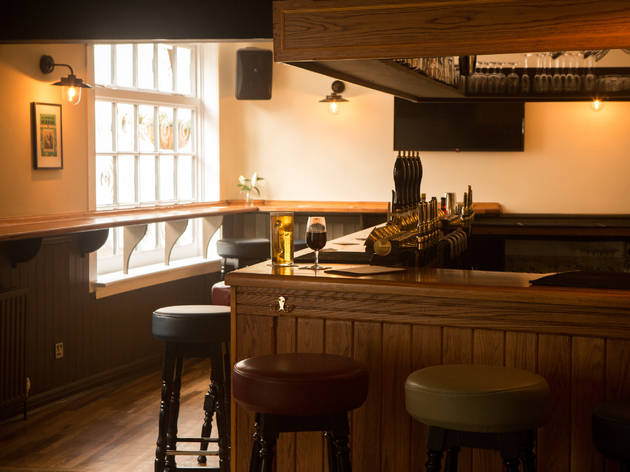 George Orwell's favourite local has acquired a new landlord and been given a considerate refurb.

Please note, since our review, Four Legs has taken over in the Compton Arms kitchen. Time Out Editors, April 2019.

George Orwell was the original king of the lads. He loved pubs so much he wrote an essay about them (see, total lad). ‘The Moon Under Water’ was his ode to a fictitious pub that represented the best in boozing culture – a joint down a side street with handsome Victorian features, barmaids who knew your name and plenty of room to bend an elbow. In reality, Orwell was often found drinking at The Compton Arms in Islington. And 70-odd years on from that essay, his favoured pub now merits an essay of its own.

New indie landlord Nick Stephens also owns miniature Hackney pub The Gun, which has come in handy as every nook at the diminutive Compton is used to its full potential. Shelves run the perimeter of the public bar for people to park their pints and bar stools are the fat-bottomed kind I can get behind. There’s a small yard and a diddy rear saloon bar (home to a friendly pug called Percy). It has a modest, minimal look, with gorgeous posies on tables and a few modern prints on the walls, letting the drink and camaraderie do the talking. As the bullseye glass windows got dewy with condensation, I almost felt transplanted to one of the pubs of my country-dwelling youth.

In keeping with the considerate refurb, traditional ales remain on cask – Sambrook’s Wandle and Adnams Ghost Ship side by side. The rest is all modern: London craft beers from the likes of Five Points and Partizan; a small but thoughtful wine list (a £6.50 glass of Argentinian malbec was full of juicy red fruit and vanilla flavours); a bold range of whiskies and mezcals; and a short cocktail list with three twists on the negroni. Prices are fair, particularly for this well-to-do area.

Even the food at The Compton is pub perfection. The sausage roll could rival the ones from Ginger Pig. The cheeseburger melted in my mouth and a chicken schnitzel in a light, lemony crumb was served with a phenomenal slaw. I also spent a while post-visit perving on their Yorkshire puds on Instagram – expect big things for Sunday lunch.

The Compton of Orwell’s day may be long gone, but this pub’s landlord also knows a thing or two about the finer points of boozing culture.