Bars and pubs, Mezcalerias Dalston
Recommended
4 out of 5 stars 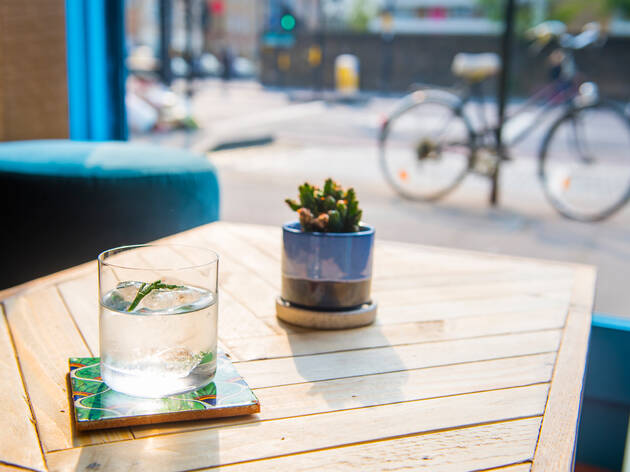 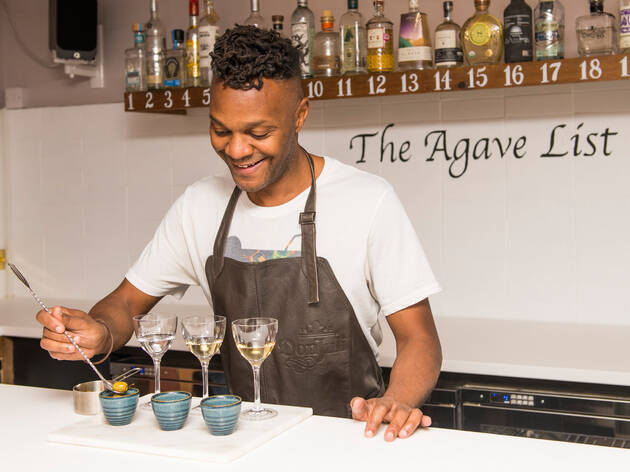 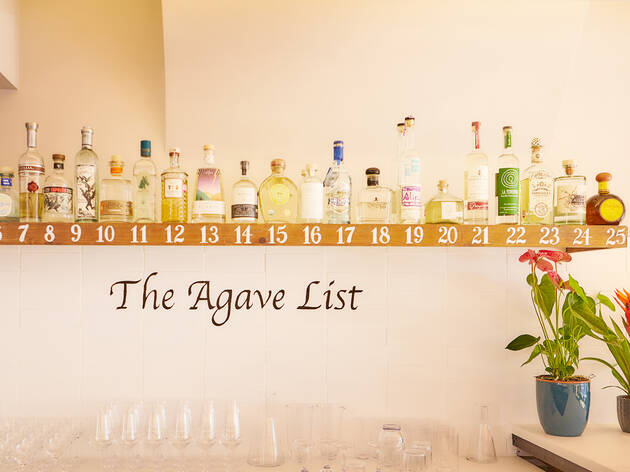 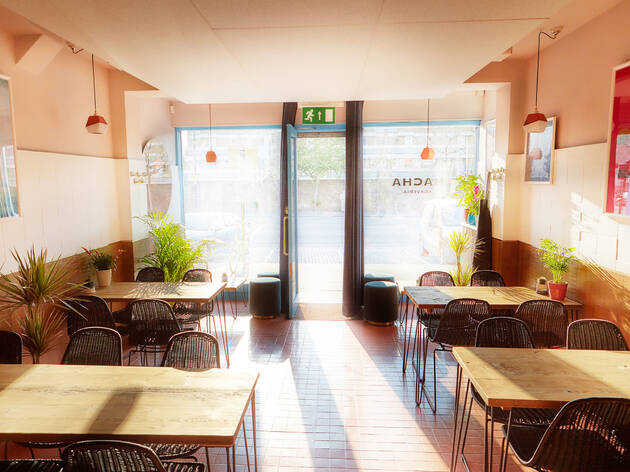 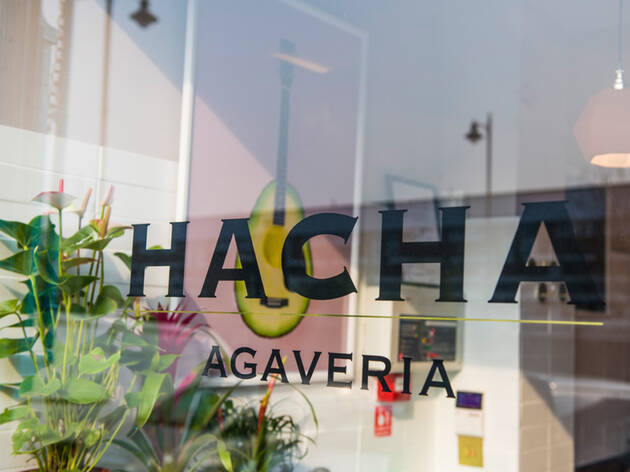 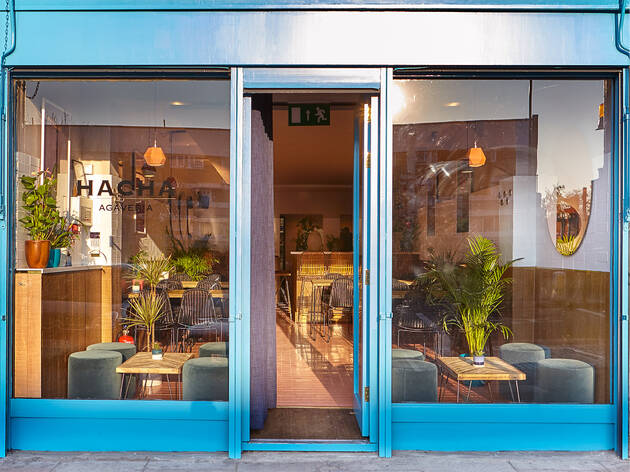 London’s first agave bar from a tequila and mezcal expert.

‘Mezcal is going to be massive this year’: London drink experts have been saying that for what feels like a decade. And yet only now is it really catching on. Hacha should speed things up: it’s the capital’s first ‘agaveria’ complete with a shelf of 25 numbered spirit bottles (in regular rotation) made using Mexico’s native agave plant. So that includes mezcal, tequila, soto and raicilla. No idea? Don’t worry. The bar’s founder, Deano Moncrieffe, really knows his stuff as a tequila ambassador (great gig!) – and he seems really approachable, too. Many punters were sat up at the bar to make the most of his expertise.

Of course Hacha is on Kingsland Road – and it looks the cool part. The door was left open and the room was bathed in so much evening light I almost kept my sunnies on. The layout of tables does make it feel more like a restaurant than a bar, though, and although a kitchen residency from Conga means that visitors can dine like Latinos, a bland ropa vieja taco fell apart like the ‘old clothes’ it translates to. Stick to totopos and a top-notch guac and focus on the bevvies.

Anything from the shelf can be sampled neat, served with a ‘flavour enhancer’ – a snack that brings out the best of that particular spirit. We tried a flight of three mezcals and I was blown away by the combinations. And then there was the Mirror Margarita, which I still can’t actually believe is real.

It tasted like an extraordinary marg, and yet it was uncharacteristically see-through. It practically sparkled in the sunlight, and had just as dazzling levels of sourness and salinity. With micheladas made from Mexican beer and Baja California wines on the menu, there’s more to Hacha than agave alone. But the bar makes it so fun exploring mezcal and beyond. It’s bound to catch on in no time – mark my words.