Bars and pubs, Cocktail bars Aldgate
Recommended
4 out of 5 stars 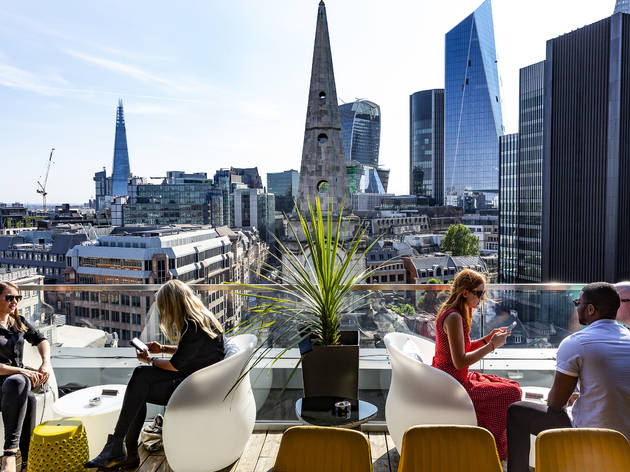 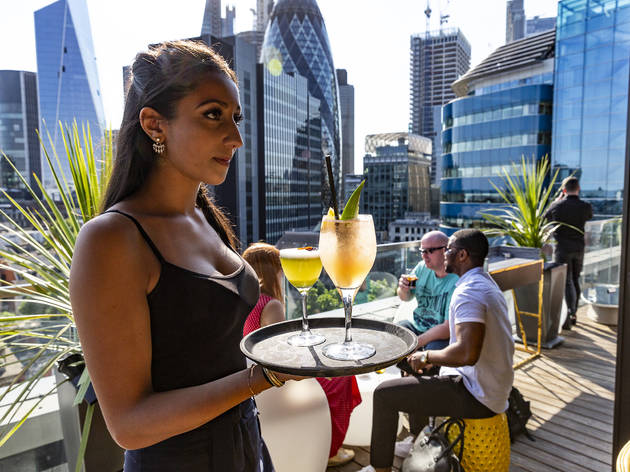 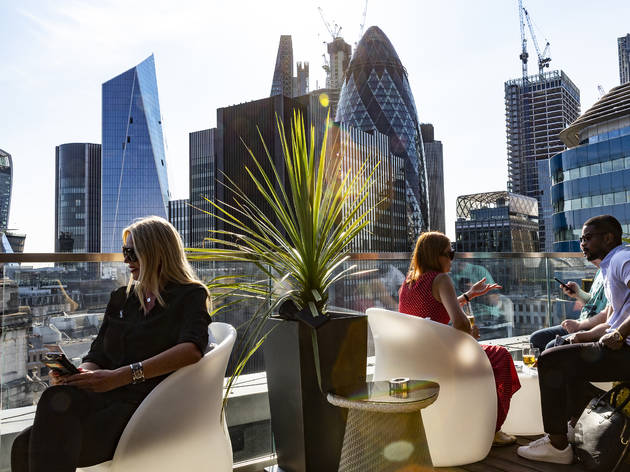 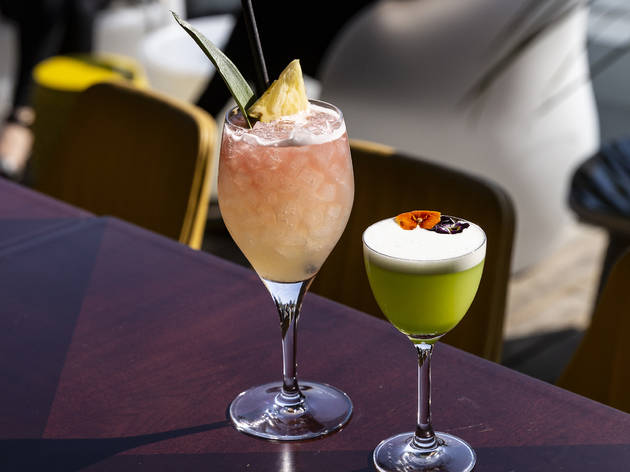 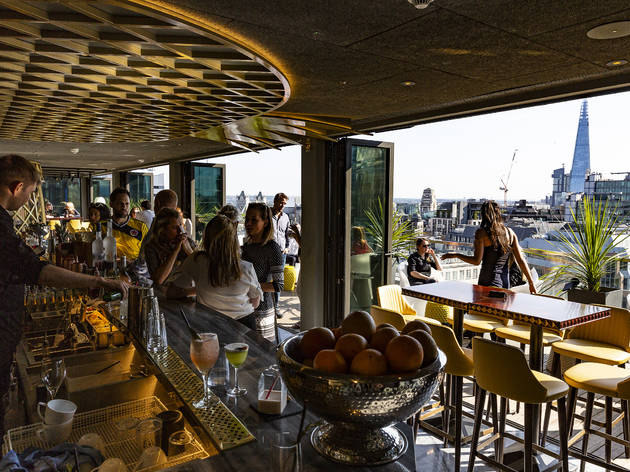 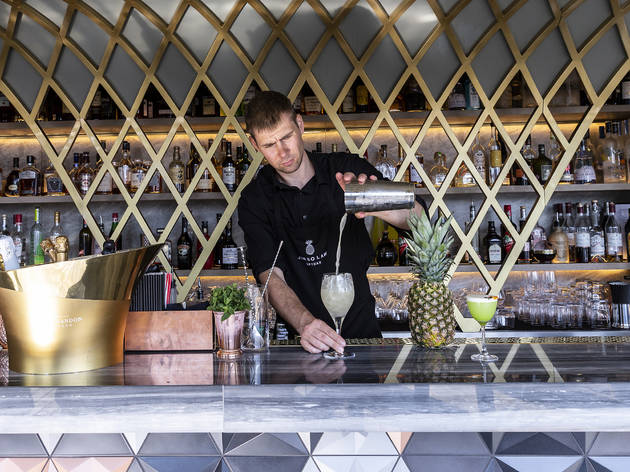 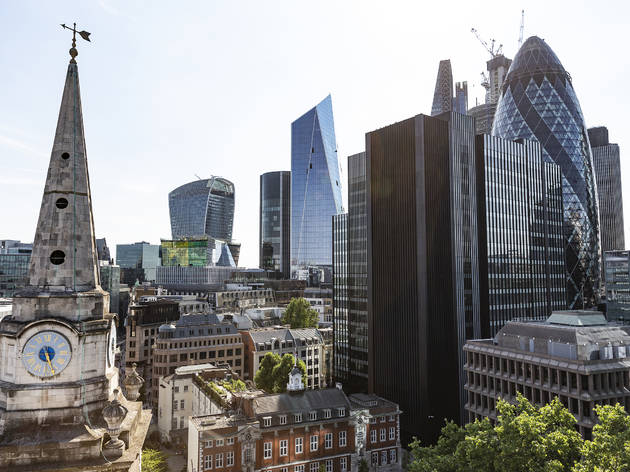 A rooftop bar on the Dorsett City Hotel’s fourteenth floor.

‘What makes this one so much better than the others?’ I overheard a disgruntled punter huff upon reaching the fourteenth floor of Aldgate’s Dorsett City Hotel. She might have a point: these days, London’s skies are increasingly filled with rooftop bars tacked on to any available elevated surface. But it doesn’t make the first steps into Jin Bo Law any less impressive.

In this L-shaped bar, you’re greeted by a floor-to-ceiling view of the City and beyond. The Gherkin seems within nibbling distance, The Shard spikes up to your left and Tower Bridge looks like it’s made of Lego. Inside, a giant golden pineapple that adorns the wall from back bar to ceiling gives an air of playful opulence. Though there’s a lot of gilt going on, it nestles up against a largely black and yellow colour scheme, with flourishes of oriental iconography. In short, it’s fancy but not intimidatingly so.

We headed to the bar for an early evening cocktail, when all tables had reserved signs in place for later on. If you’re looking to drink here post-6pm, you should make like the others and book in advance – the drinks make the pre-planning worth every bit of effort.

We opted for an East/West Cobbler, a long, refreshing mix of vodka and elderflower liqueur given a lip-smacking, sour yuzu kick. It’s these subtle Asian influences that elevate things. A light, summery but terribly named Spice to Mead You (gin, quince liqueur, five-spiced honey mead and Chinese cherry apple) was saved from a potentially Christmassy fate, and while we couldn’t muster the courage to sample a Milk & Cookies (sake, milk, Rice Krispies), the combination sounded nothing if not intriguing.

London may be littered with sky bars, but a blingy, pineapple-themed spot serving exotic cocktails slap-bang in the City is a fruity addition to the genre. Especially when drinking up-close to The Gherkin.