Bars and pubs, Breweries Peckham
Recommended
4 out of 5 stars 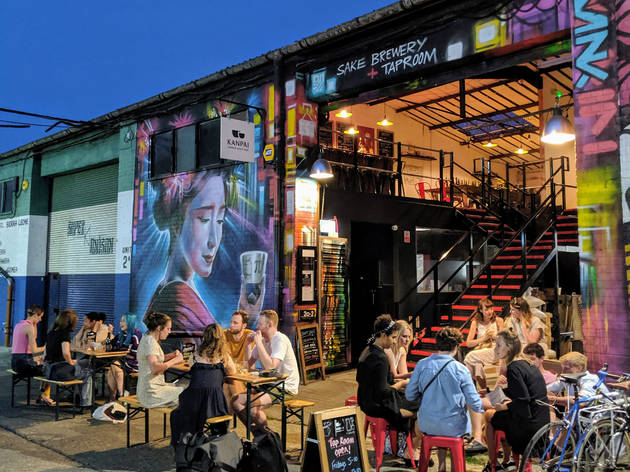 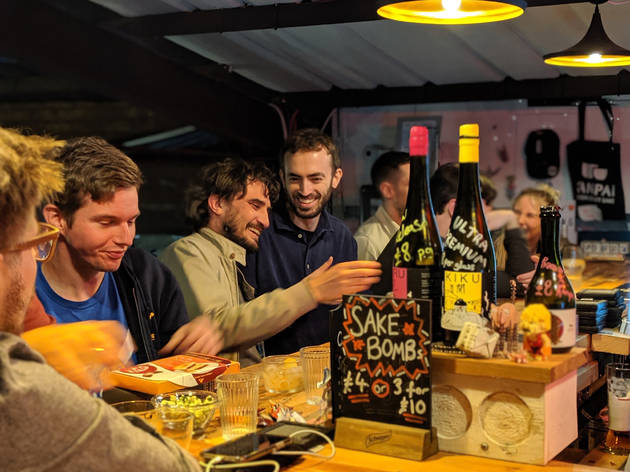 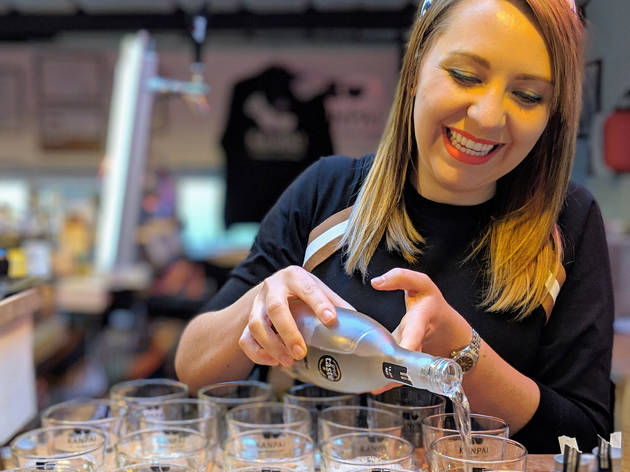 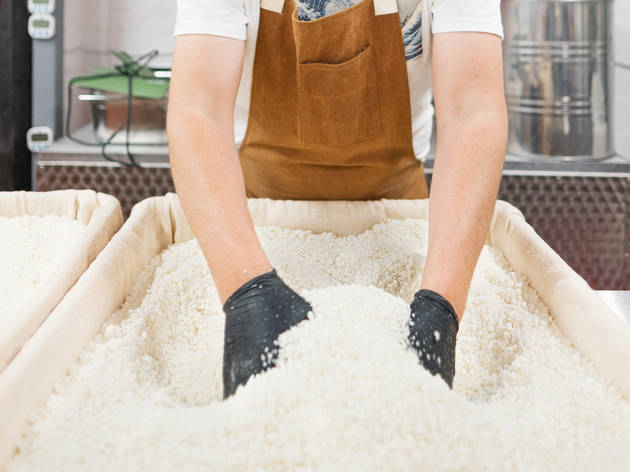 The bar attached to the UK’s first sake brewery.

In the shadow of rooftop bars and in among artist studios something has been quietly brewing. Because you don’t distil sake, you brew it like a beer. And that’s what married couple Lucy and Tom Wilson have been doing behind a graffiti-covered door in Peckham’s Copeland Park since 2018. Kanpai sake brewery is the first place in the UK to produce the Japanese rice wine, and as such, it has a bit of a cult following that brings all sorts to its taproom. Open on Friday evenings and all day Saturday, it attracts a real mix of people – on our visit that included curious locals, a group of bucket-hat lads and a young Canadian couple on their travels engrossed in a game of cribbage (seriously).

The taproom spreads across a mezzanine above the fermentation bits and bobs, and it’s split in two – a bar with a communal table beside it, and a dedicated tasting and event space. It’s a cold place to drink in winter under a corrugated ceiling (some punters kept their coats on) but in summer you can take your sparkling sake to benches outside at the foot of the warehouse.

This is drinking that jolts your senses silly, so don’t worry about warming up. You can try Kanpai’s three core brews in a flight for £12 or £6 individually. They’re really intriguing, with a slightly drier flavour profile for Western palates, and come served on cute Japanese coasters. Japanophiles can also order spirits and sakes from Japan or Asahi poured on tap. The cocktails are really inspired, too – a Plum Old Fashioned and a Umeshu Ginger Fizz were two powerful drinks. But given the chill, many punters dived in with a £10 deal: beer or sake served with a steaming bowl of ramen (ladled from an urn behind the bar). If comfort food isn’t enough, go for a comfort break – there’s a jet-powered Japanese toilet to discover. Big cheers all round for this original spot.

Kanpai London Sake Brewery & Taproom says
Step inside the UK's first sake brewery and feel like you're in a Japanese izakaya!