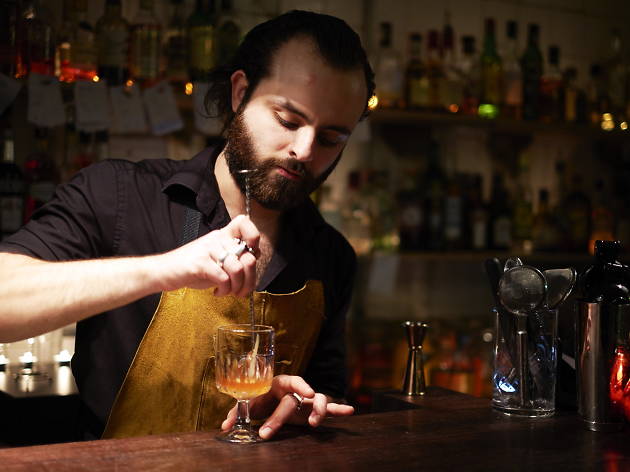 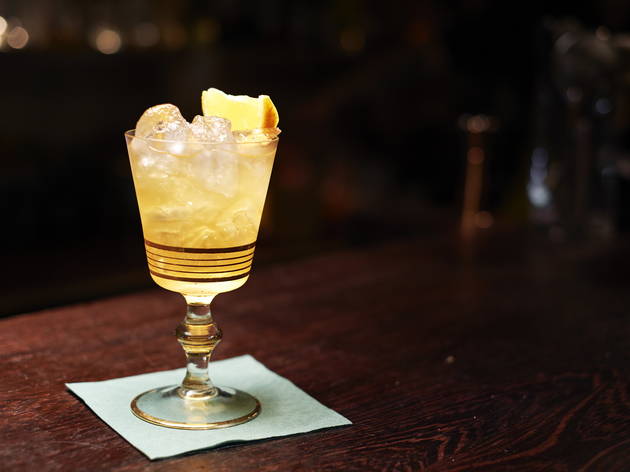 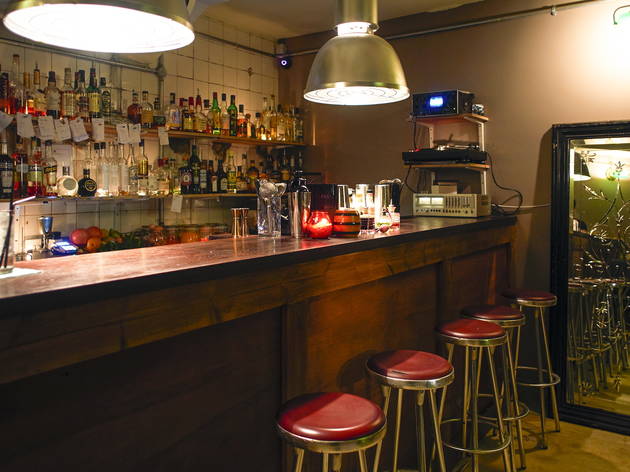 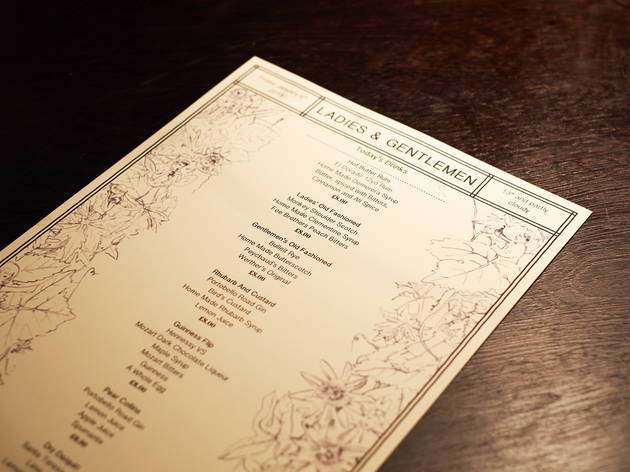 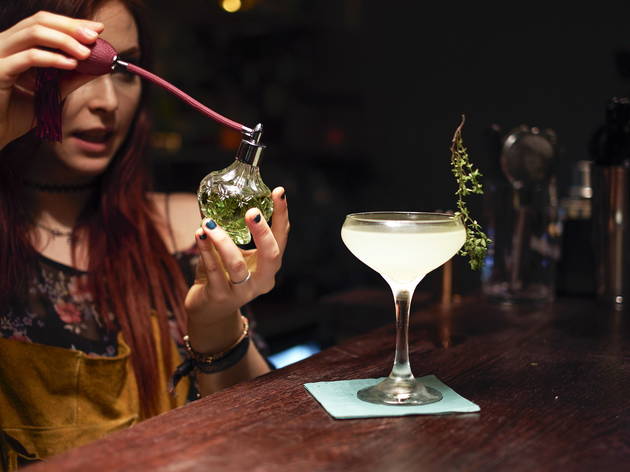 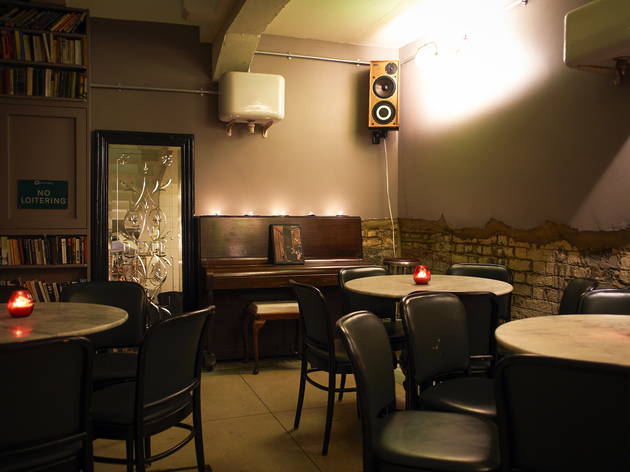 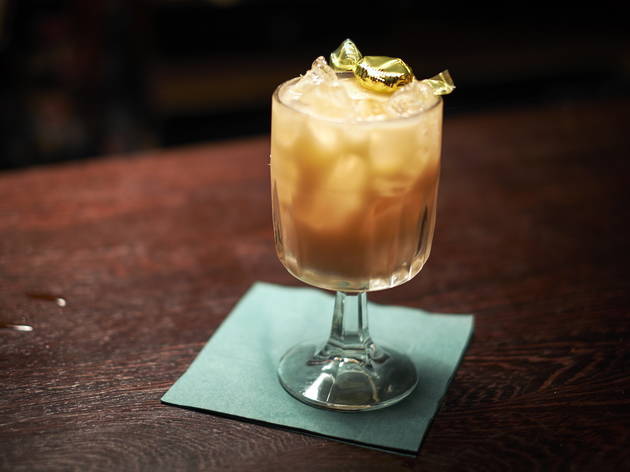 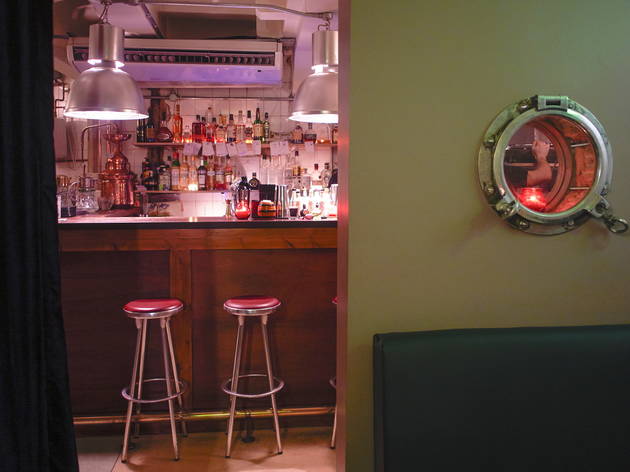 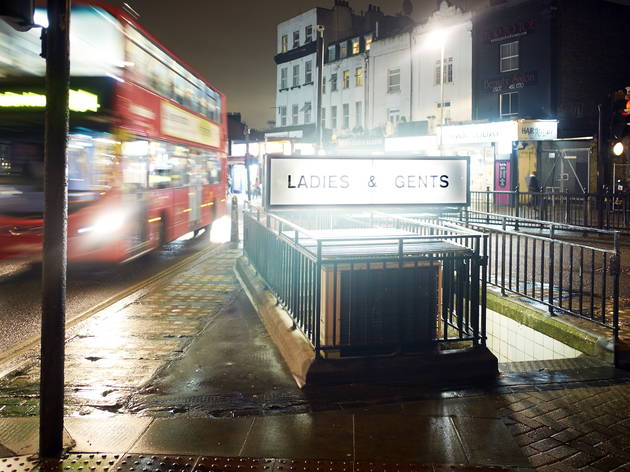 Revellers departing two of Kentish Town’s most cherished venues – the late, lamented Bull & Gate and the still-jumping Forum – have long noticed the disused underground lav at the bottom of Highgate Road. And many wish the local convenience was still in operation.

Well, it’s back in business now. Though not in its original form. William Borrell, of the family that owns Vestal Vodka, has reopened the public loos as a cocktail bar.

Ladies & Gentlemen makes the most of its unusual space: two moodily underlit rooms (one seriously tiny) at a V-shaped angle to each other, with a small bar at the point of the V. There are a few seats at the bar, but mostly it’s table service – delivered with a smile and loads of enthusiasm. The soundtrack is Manhattan cocktail-lounge material, mostly mainstream jazz vocalists such as Ella Fitzgerald when we were there.

The cocktails are generally £8-£9 and the quality (on our visit) was mixed. A Martinez was well made and the Rhubarb & Custard cocktail (gin-based here) was nicely balanced. A Martini wasn’t quite cold enough, however, while a Pear Collins (gin-based with a top of fizzy wine) lacked the zing that makes Collinses so refreshing.  There is also a changing roster of ‘boilermakers’, an American invention: shot of whisky, beer chaser.

The drinks may not equal those at nearby Knowhere Special, but Ladies & Gentlemen is already popular: when we tried to go back at 9.30pm on a Friday (no bookings taken after that time), it was impossible to get in. They have a doorman, and some very amusing signage, at street level.

L&G deserves the popularity. It’s an unusual bar in an unusual setting, and an extremely pleasant place to hang out. A welcome addition to K-Town’s burgeoning bar scene.