Bars and pubs, Cocktail bars Islington
Recommended
3 out of 5 stars 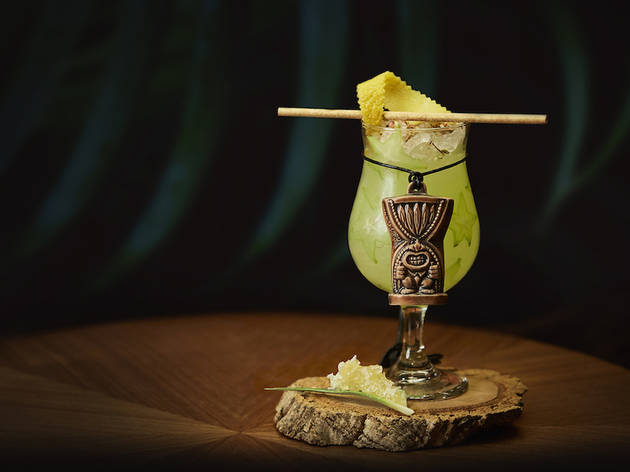 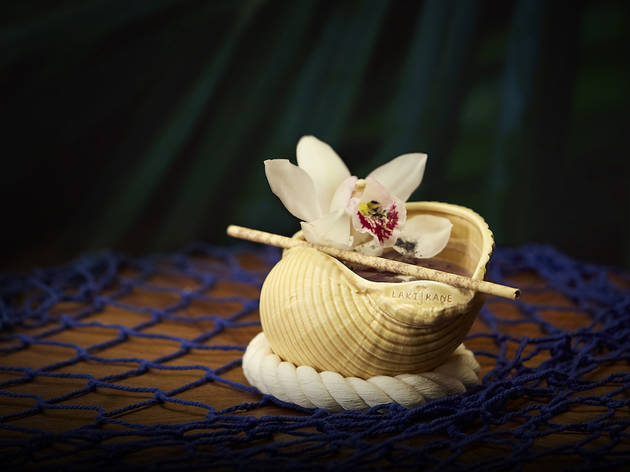 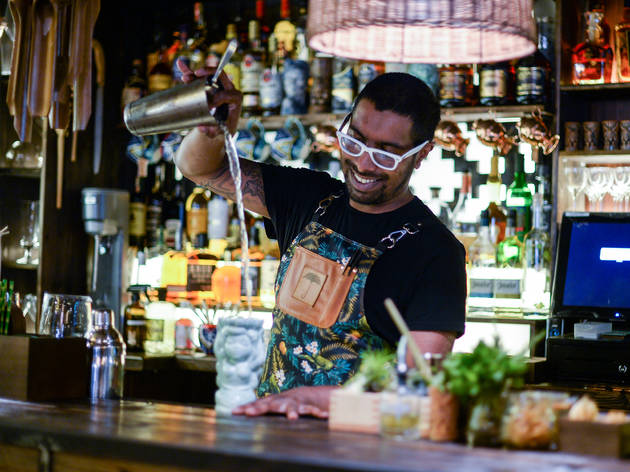 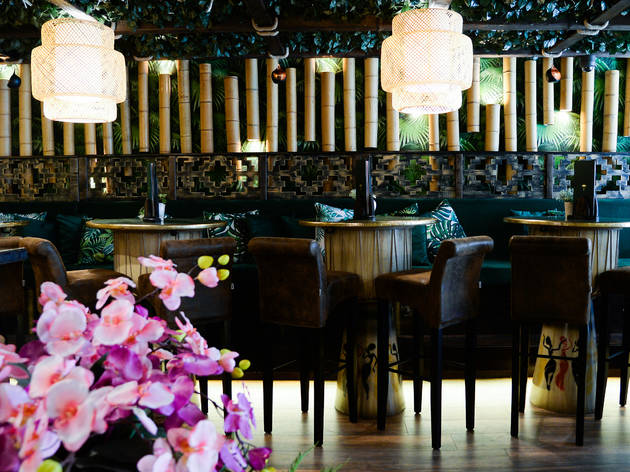 Tiki bar on Upper Street from a former Mahiki manager.

If any beachcombers find themselves washed up in N1, Laki Kane could be their urban retreat. Kitsch, tropical paraphernalia coats every corner of this bijou bar, and tiki-style drinks are served in custom-made ceramics – our bartender told us they were already down to just five totem-shaped shot glasses in under a month of business. To satisfy light-fingered customers, one of the bar’s cocktails comes with a necklace you can keep (I doubt Islington has seen gap-year jewellery of this ilk in quite some time).

Other gimmicks at this beachy-keen bar that I can totally get behind include tables named after far-flung resorts – we found ourselves marooned on Honolulu – each with its own bell. You push a button that syncs up with watches worn by Hawaiian-shirted bar staff. Trust me: this is not a mirage. There’s also a mostly on-point music policy of upbeat Caribbean rhythms, although ‘Don’t Worry, Be Happy’ was a cheesy step too far.

The theme may be laid on factor-50 thick, but there’s some substance to back it up in the form of a rum-heavy cocktail list put together by co-owner Georgi Radev, a former Mahiki bar manager. Desert island drinks included a Laki Lambo, blending agricole rum, cognac and blood orange Cointreau with a pineapple foam given the sort of charred, sugary topping you’d lap up on your crème brûlée.

But drinks without rum at their core were shaky – including a washed-out, gin-based Southern Lights (that’s the one with the necklace) and the Rita Hayworth, a savoury, mezcal twist on a margarita as badly balanced as a beginner’s surf class. And the basic beach bar snacks included bland Cuban sandwiches cut into star shapes. Ring that bell for more rum, though, and you’ll be riding the crest of a wave.