Bars and pubs, Breweries Deptford
Recommended
4 out of 5 stars 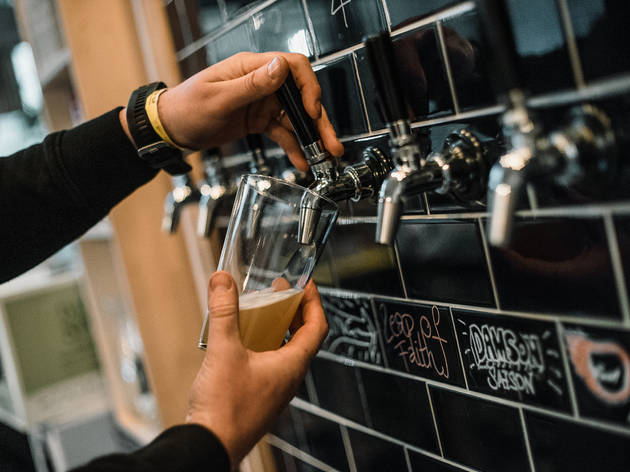 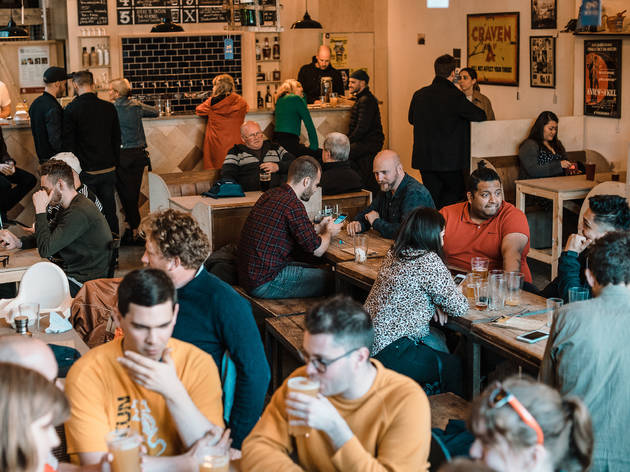 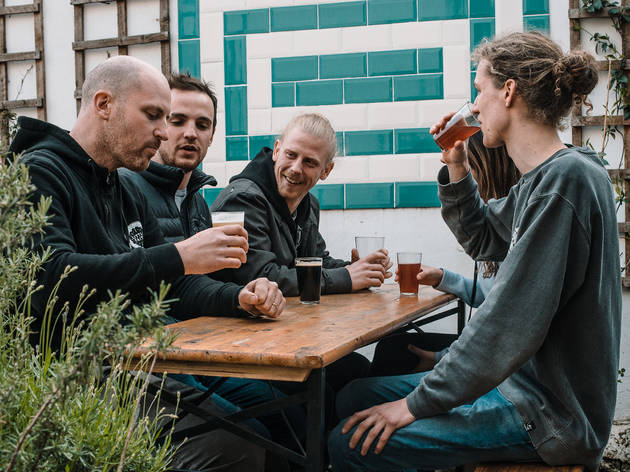 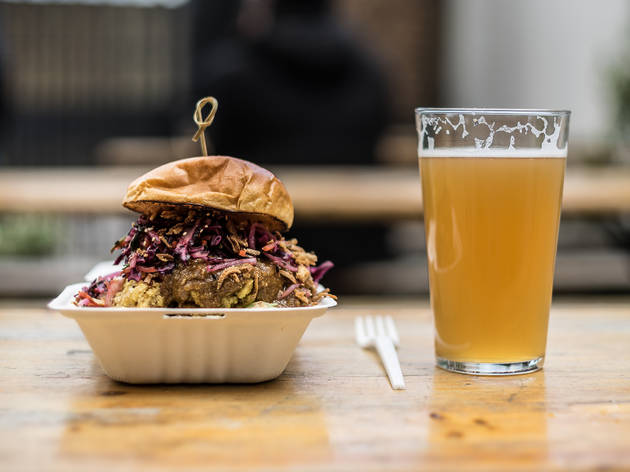 A charming taproom in a changing corner of Deptford.

There’s a ghost sign on a wall across the road from Deptford taproom Little Faith that reads ‘Evelyn Wharf’. The ships are long gone, but it’s a reminder that this was once in the heart of the docks. Creekside has been home to artier enterprises since, and is now being developed with lots of new flats. All of these eras are reflected in Little Faith. It’s legitimately post-industrial, with a nice bohemian vibe that’s often missing in these places, and a decent outdoor space – you have to buy your drinks, go back out the door and down the road to get there, but hey. There is also a selection of industrial-y furnishings for sale, so you can get drunk and buy some factory lampshades, saving you the trouble of going home and doing it on eBay.

There’s a changing roster of 15 beers on the taps. The home team (although brewed in Bermondsey) naturally features prominently, but friendly visitors included Brick and Hackney Church Brew Co. Little Faith’s True Colours extra pale ale was a bitter delight, while its take on a raspberry witbier was sweetly refreshing. Other seasonal highlights were The Kernel’s tart damson saison and a G&T made with Bermondsey’s Jensen gin. Foodwise, there’s charcuterie and cheese, and great toasties, plus pop-ups in the yard. Jerk Off BBQ were doing their thing on this occasion, to a soundtrack of woozy hip hop.

Little Faith stands apart from Deptford’s more manic High Street and Market Yard. One couple were playing chess, FFS. It’s nice: I liked it a lot. Okay, I don’t really want to shop for homeware over an ale, but after a couple more drinks, who knows? The ships will never return, but right now, Little Faith feels like a port in a storm.