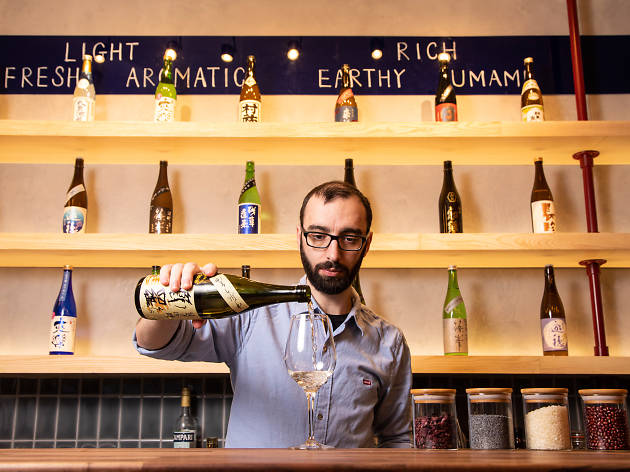 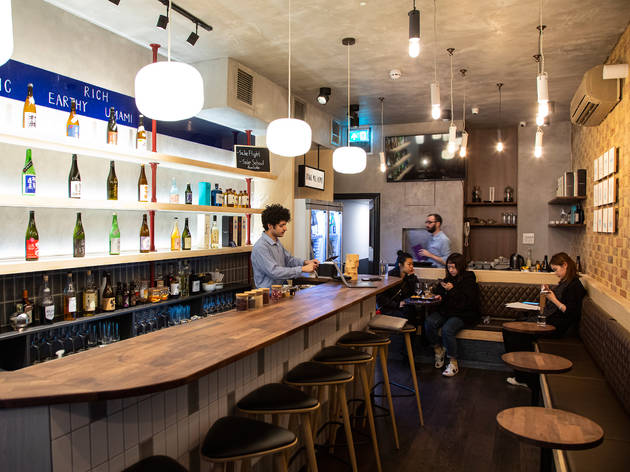 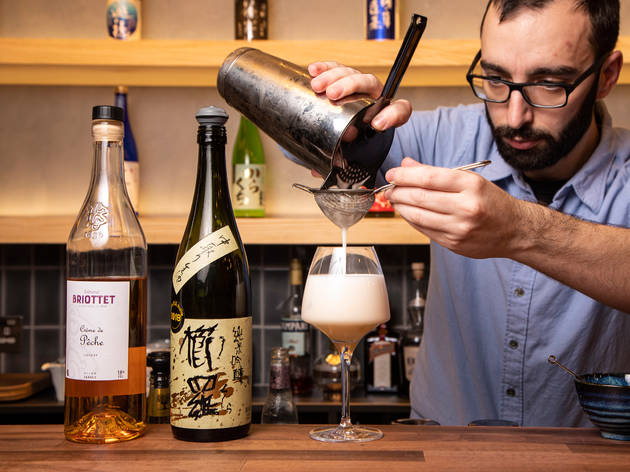 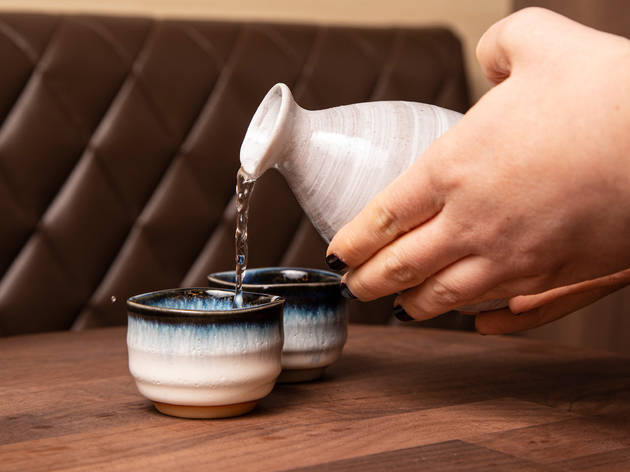 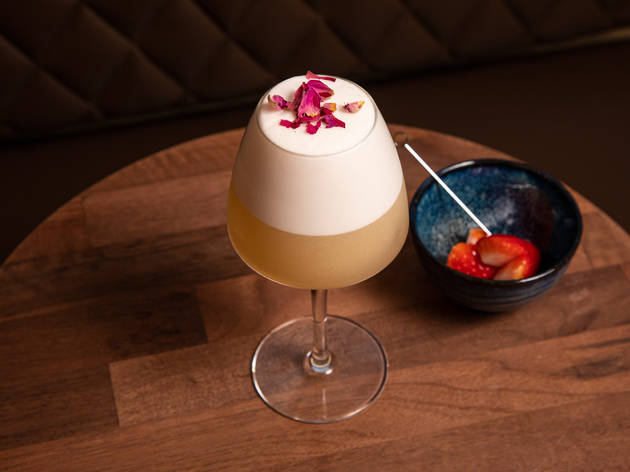 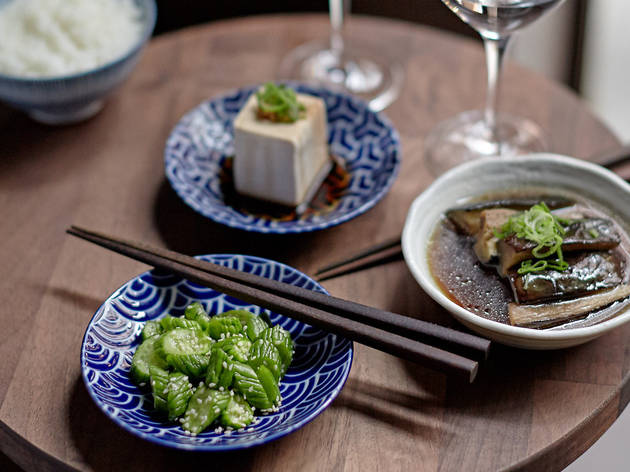 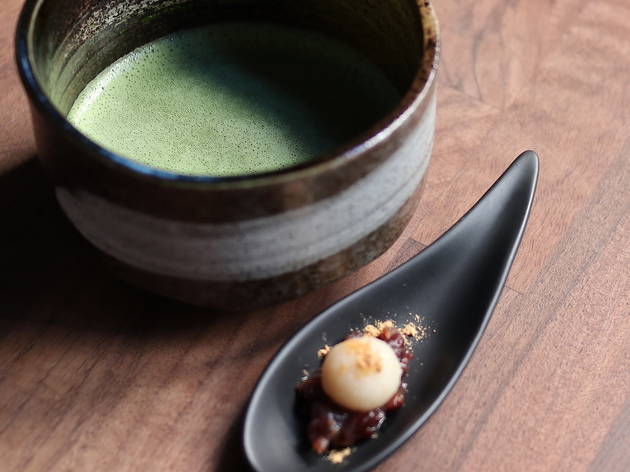 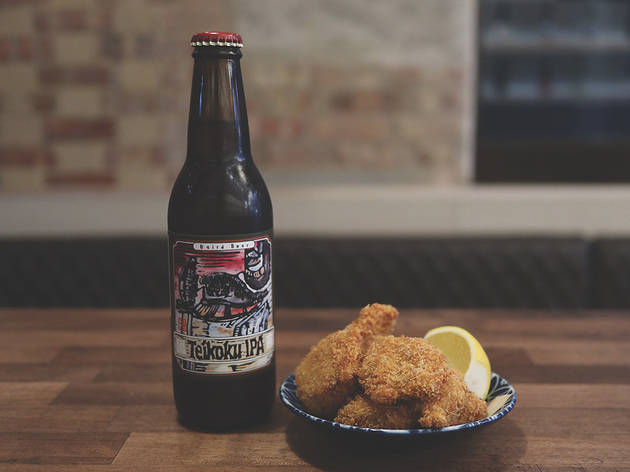 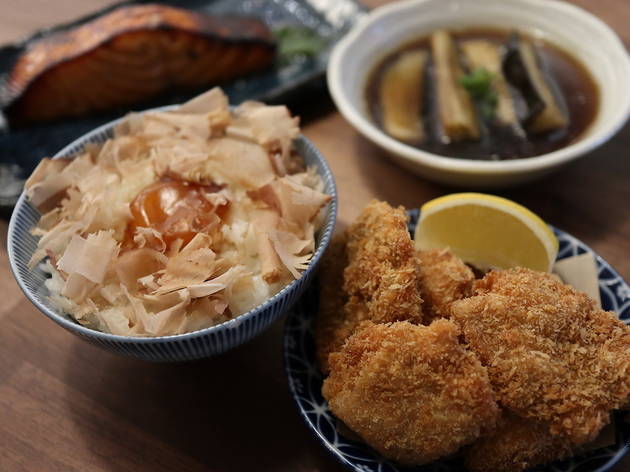 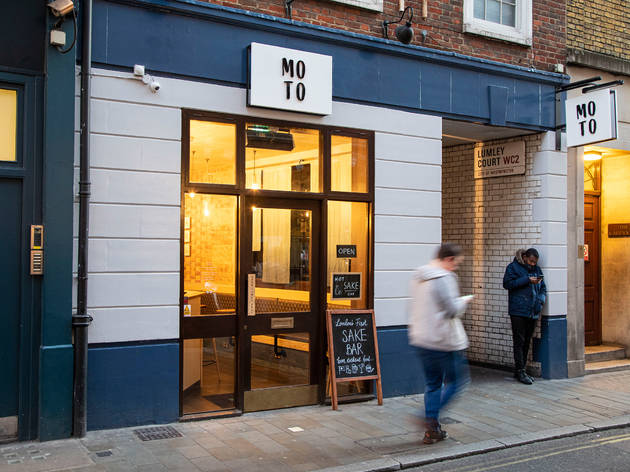 A sake specialist and bottle shop in Covent Garden.

Where New York treads, London follows. Particularly when it comes to getting drunk. So, with interest in craft sake spiking in NYC – punters’ palates geared up for weirder, more complex flavours following the natural wine craze – Londoners are starting to sit up and pay attention to Japanese rice wine. Covent Garden getting a bar dedicated to the stuff makes that quite clear.

Moto on Maiden Lane is home to a whole wall of sake and a whole lot of knowledge. The room is narrow, just like the Shinjuku hole-in-the-wall of your dreams, with a few seats up at the bar (the best place to sit if, like me, you want to nerd out) and a banquette that runs parallel. Staff hovered awkwardly, especially when there were four of them on the floor at once. And some of them spoke with less confidence than I’d expect from a specialist bar.

But if you are there to learn, a nifty display makes choosing dead simple, with bottles laid out on a grid of shelves that moves light to rich from left to right, and mild to dry from top to bottom. Or there’s a paddle menu with options that come with the grade, the rice-polishing ratio (typically, the lower the percentage, the more premium the sake) and – to lighten the mood – some tasting notes (‘lime, pear, a summer breeze’). Plus, with each sake served on a flight (three different 60ml measures for £15), you get a double-sided tasting card filled with stats. It might be overkill for sake senseis but it’s a great intro for those in virgin territory.

Cocktails are pricy at £15 when you can be drinking such interesting things neat – if you need a chaser, beers on draught also hail from Japan. Pick something to pair with the exceptional chicken karaage, its batter made with tempura crumbs and sake. Fried chicken may be your gateway drug.

The word ‘Moto’ is derived from the Japanese language which has dual meanings. First and foremost when thinking about sake, moto is the name of the fermentation starter, one of the most crucial stages in the sake brewing process. Without the moto there would be no sake, Japan’s most traditional alcoholic beverage and therefore our bar’s drink of choice most widely represented on our menu.

Another meaning for ‘Moto’ can be translated as ‘origin.’ We import our brews directly from the source, thereby showcasing the seasonality and terroir of our drinks in real-time as well as the faces and stories behind every bottle.