Bars and pubs, Gastropubs Fitzrovia
Recommended
3 out of 5 stars 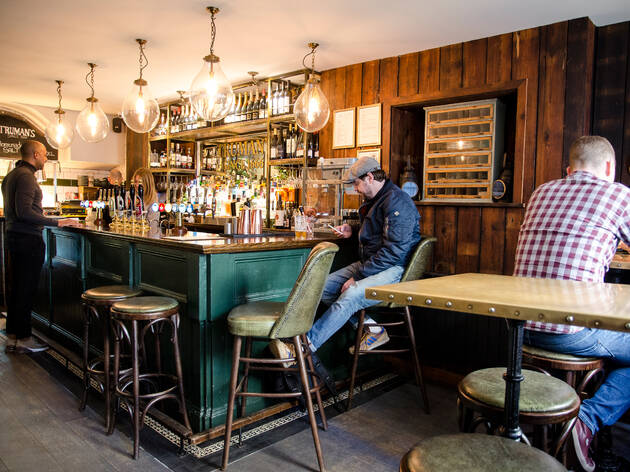 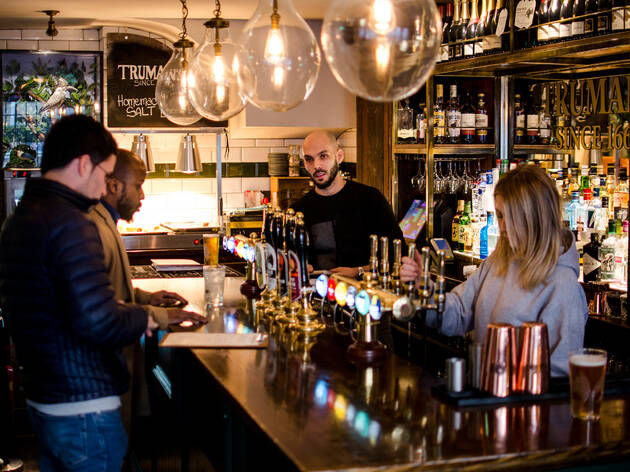 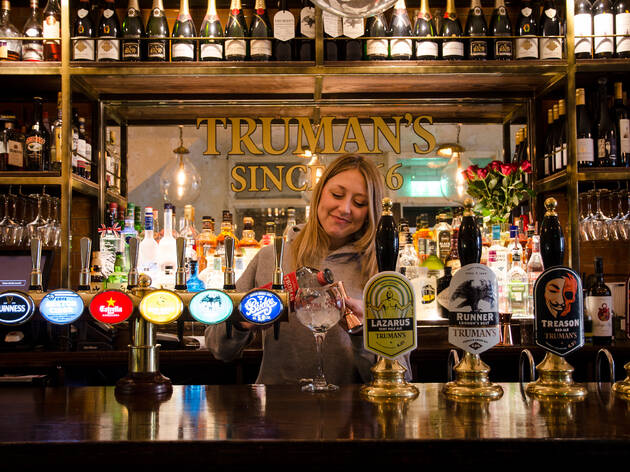 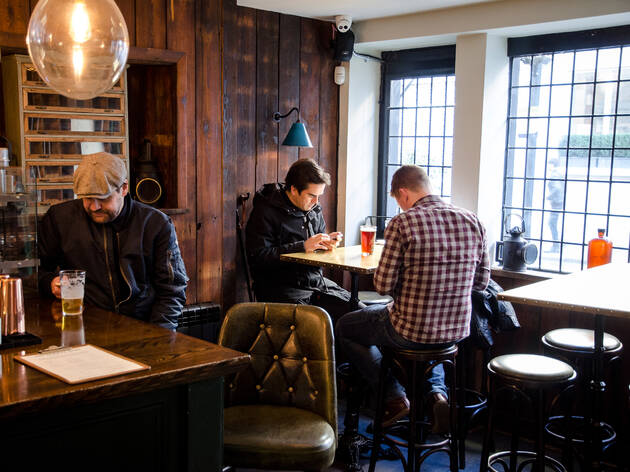 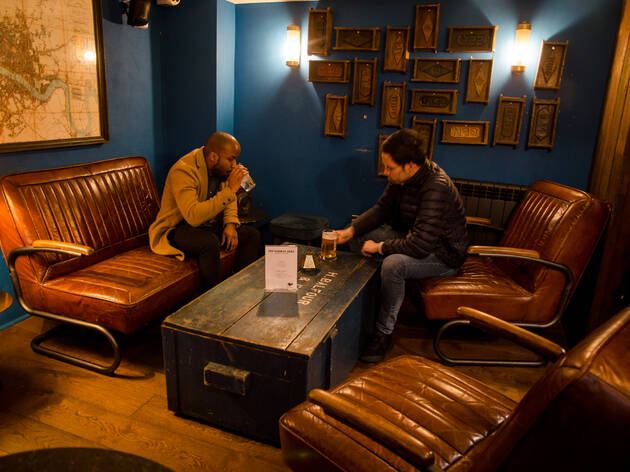 Thought to be the inspiration for the proles’ pub in Orwell’s ‘1984’, and in business since the 1730s, Fitzrovia’s Newman Arms has a whole lot of history (not to mention its days as a brothel). Now it’s making new stories as the first ‘tap house’ to be opened by Truman’s – a brewer that used to keep the whole of London lubricated – since it reformed in 2010. As well as pouring its range from 12 keg and four cask lines, the brewery is honouring its east London roots by serving pies and salt beef bagels.

The ground floor is the best bit, once you’ve passed through the continual cloud from smokers next to Newman Passage. It’s a wood-clad space with a sociable layout designed for perching with pints, and there’s a heating station keeping sausage rolls warm and adding drool-worthy aromas to the room. There’s upstairs for dining, while the basement is a bit ‘Peaky Blinders’ – nicknamed ‘The Prole’s Parlour’ and fitted with low-hanging lights and tan leather furniture. Despite the moody look, it’s a bit bereft of atmosphere, with mismatched disco hits piped in. But getting a sofa in central London deserves some sort of prize, right?

Back on ground level, I sampled a few from the Truman’s range before settling on a sessionable Bow Bells citrus pale ale (£5.50 a pint). Staff were incredibly obliging with tasters, bringing round morsels of salt beef to build appetites. We opted for a ploughman’s board, though, loaded with an average scotch egg, a decent pork pie, cheese, piccalilli and pickled onions. A solid spread, but perhaps not worth writing home about. You can take home a growler, though, filled with something from the Truman’s range.

Although not the cosiest spot for a session, the reimagined Newman Arms is a tasty central stop-off, whether you’re a prole or otherwise.