Bars and pubs, Cocktail bars Bethnal Green
3 out of 5 stars 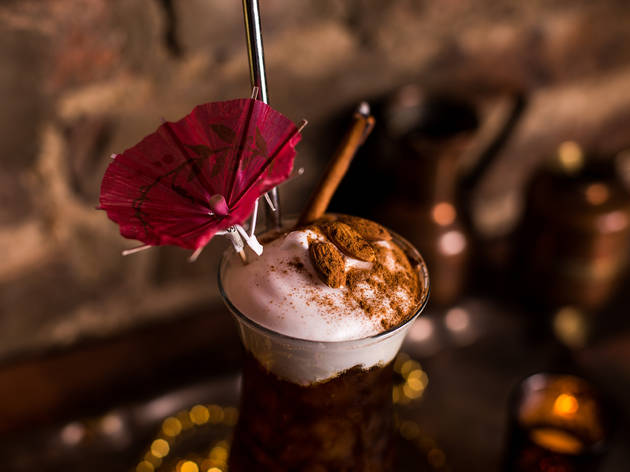 Nola’s drinks list still reads like a lusty love letter to New Orleans. The bar first began as a London secret nestled above Shoreditch’s Bedroom Bar, where ceiling fans span languidly and a balcony at the back almost conjured up the French Quarter. Since its closure in 2016, one of the founders has been seeking a new spot to pay homage again, finally choosing Roman Road as London’s answer to Bourbon Street.

If you like your drinks strong and your Mardi Gras beats even stronger, you’ve come to the right place. But I also expected hospitality to be big and easy. Instead we were met with a waiter peacocking round the room and the closest we came to conversation was when he asked us to watch our footwear on the soft furnishings. We definitely weren’t using them as a foot rest, so it came across as beyond bizarre. We were also positioned in a rear room behind the bar, and it’s fair to say this section of Nola didn’t capture our imaginations. We swapped seats between rounds and joined a cluster of excited punters at the front of the room where service was warm, decor was as cluttered as a New Orleans voodoo shop, and we could watch bartenders mixing the classics.

The Hurricane (rum, fruit juice and syrup) is tweaked six ways on the menu, and my pal sampled a Nuclear Hurricane (which is strictly limited to two per guest, it’s so boozy). The verdict? ‘It’s like a sexy Lilt,’ she said. I tried a Ramos Gin Fizz with a frothy, creamy head and an expertly made 50/50 Sazerac. Necking heady drinks paired with deep-fried and icing-sugar-coated beignets may just be one of London’s best new bar experiences. Team this indulgence with a prime table near the entrance, and you may have your answer to the Crescent City right in Bethnal Green.

VIDEO: Inside the re-opened branch of Nola on Roman Road