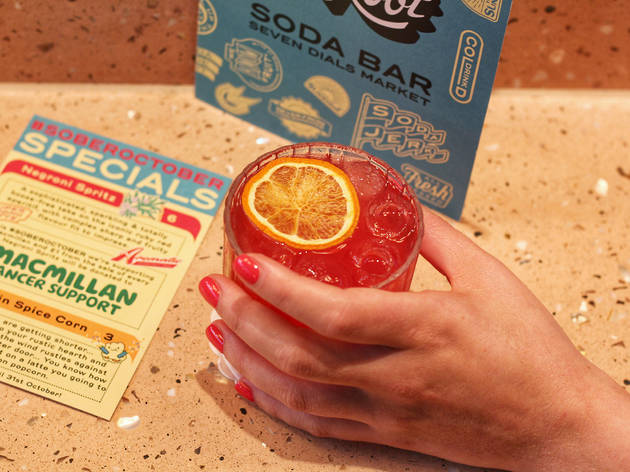 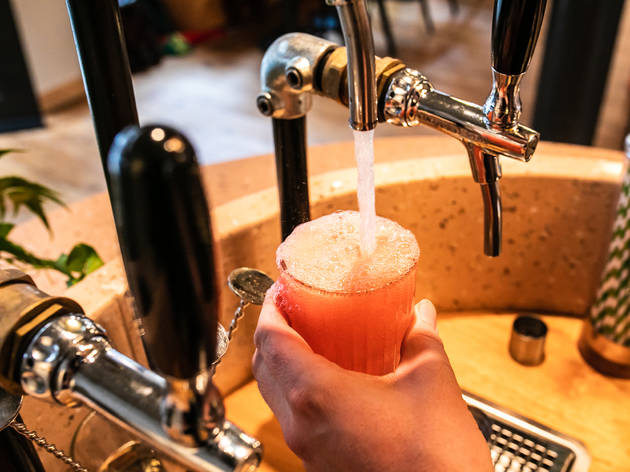 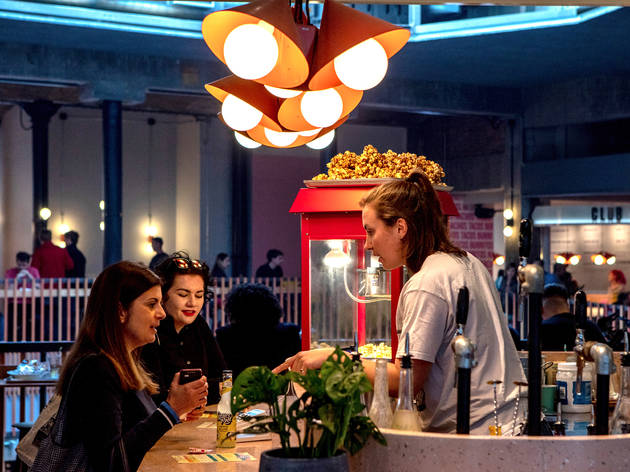 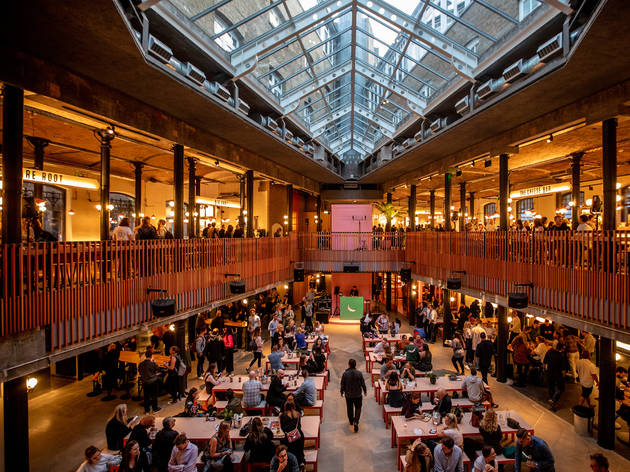 Not just for Dry January, soda maker Square Root has a permanent alcohol-free bar within Kerb’s heaving Seven Dials Market. The soft drink brand began selling sodas from the back of a bike at Kerb’s fledgling street food markets, so it’s been nice to see these two London start-ups grow together. And a dry bar within a food hall could hardly be more 2020 if it tried.

Square Root describes its beverages as ‘made with as much effort as quality alcoholic drinks’ – and as well as colas and fruit-packed sodas, it has mastered an alcohol-free Negroni Spritz, a boozeless shandy and a sober G&T. That’s just the bottled range. At the bar, cocktails completely void of alcohol incorporate hacks to produce the flavours and (I hate to say it, you hate to hear it) mouthfeel you might expect from a cocktail. The noble lime and soda never looked so inadequate.

Maybe the place is not expecting a rush, with just three bar stools oddly positioned in the market’s alleyway rather than tucked into Square Root’s corner space. This does make it tricky to settle in for a sober session – curious customers tend to grab a drink and go. It’s a shame, as staff know their stuff, plus there’s a selection of more obscure board games to play (or just marvel at).

My Pear and Aronia Sour (£5.90) saw a signature soda shaken with aquafaba for a frothy texture and extra citrus for that tart tang. I was told that aronia is a sour berry that tastes like red wine, which had me sold. The Apple Cyder Shrub (£5.90) was a temperate hot toddy made from cider vinegar and Kentish apples. These guys are using fresh fruit to turn out palate-awakening drinks away from the synthetics. Teetotallers – and everyone else – should be scrambling for one of those three bar stools.