Bars and pubs, Pubs Tottenham
Recommended
4 out of 5 stars 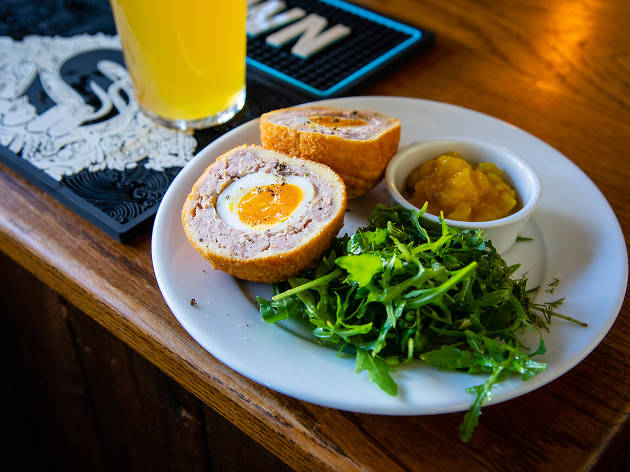 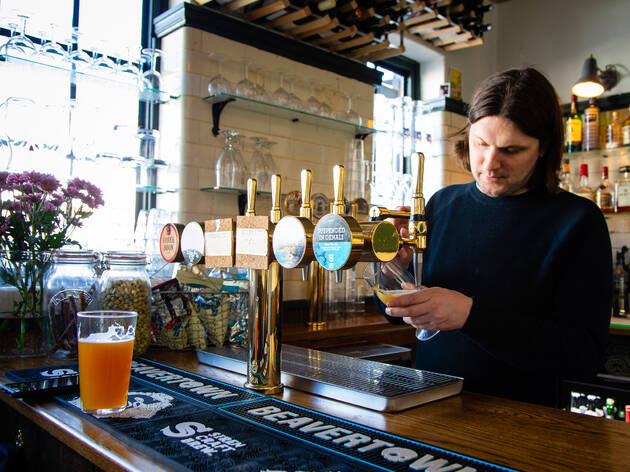 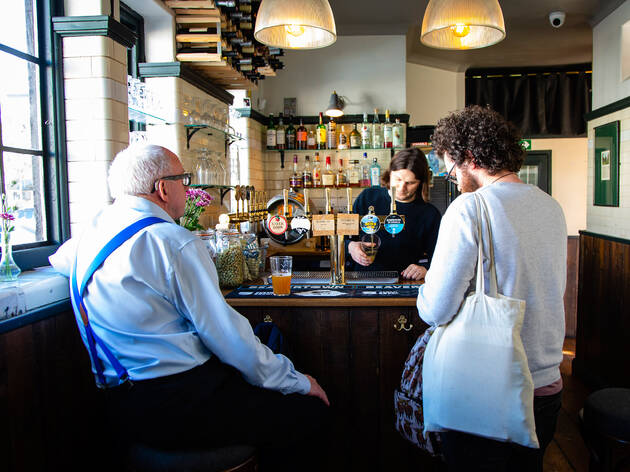 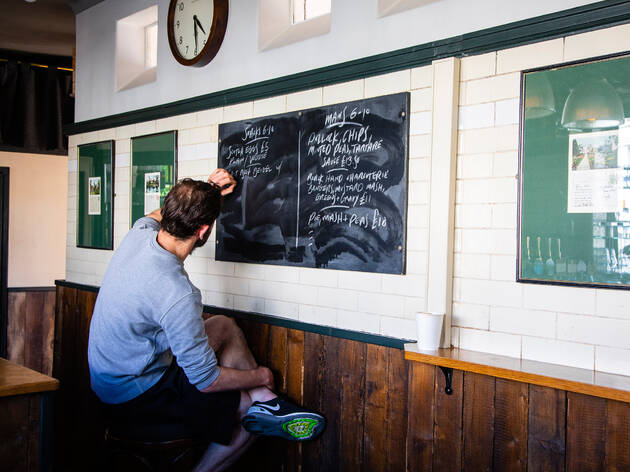 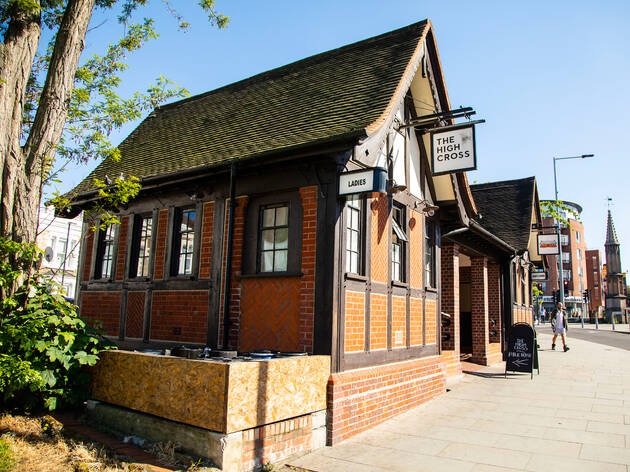 A Tottenham micropub inside a former public toilet.

The best things come in small packages – particularly when they’re micropubs. And squeezing into Tottenham’s diddy boozer The High Cross feels even more thrilling given that it used to be public bogs. The 1920s toilet block halfway up the High Road has been converted into a trad drinker’s paradise, but from the outside, it still looks like it’s open for the other sort of business – the ladies and gents signs are lit up in style.

A single room manages to feel semi-spacious with glossy white wall tiles opening things up, while the bar itself is so compact there’s only room for one bartender (or maybe one-and-a-half) behind it. Still, somehow it’s managed to cram in ten taps, ranging from London craft beer – The Kernel, Howling Hops and Beavertown (of course) are regulars – to UK brews (Manchester’s Marble Brewery was a delicious discovery) and popular Belgian cherry beer Boon Kreik.

Other excellent small packages are the scotch eggs – a fiery ’nduja version had the sort of runny centre dreams are made of – or other bar snacks available at three for £10. You can basically build a full meal from that, with mustard greens, sausage rolls and golden chunky chips parts of the package. Or swerve this set-up for pie and mash, popular on match days. I was surprised how good dining in a former lav could be.

Young families were spread out down the end of the room while couples grabbed a quick and cosy lunch. Given the small space, there was plenty of cross-table and bar-side camaraderie, with the footy results inevitably adding to the cacophony that built up in this atmospheric outhouse. The High Cross is a pub you’ll be seriously pleased to be privy to.