Bars and pubs, Wine bars Highbury
Recommended
4 out of 5 stars 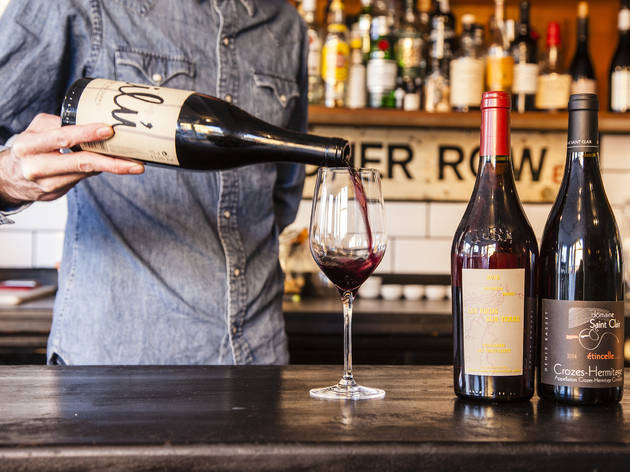 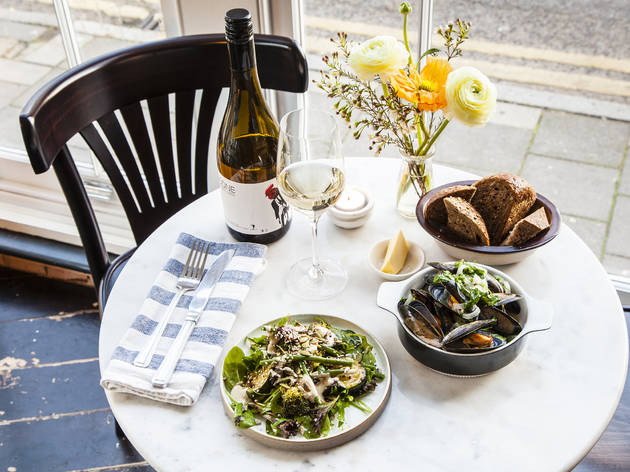 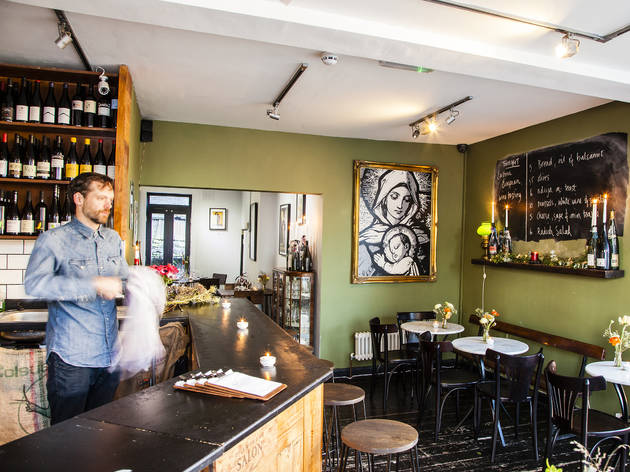 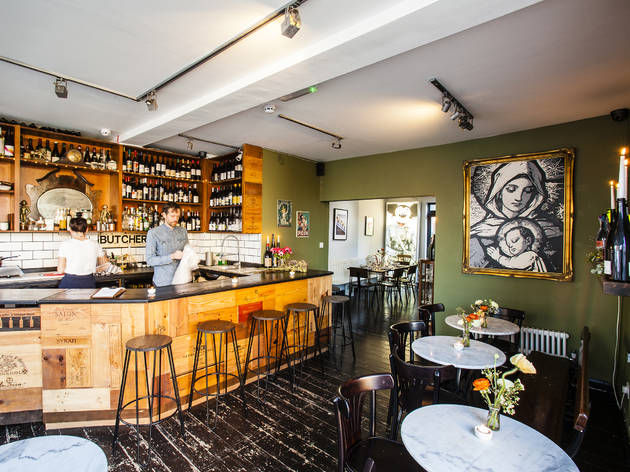 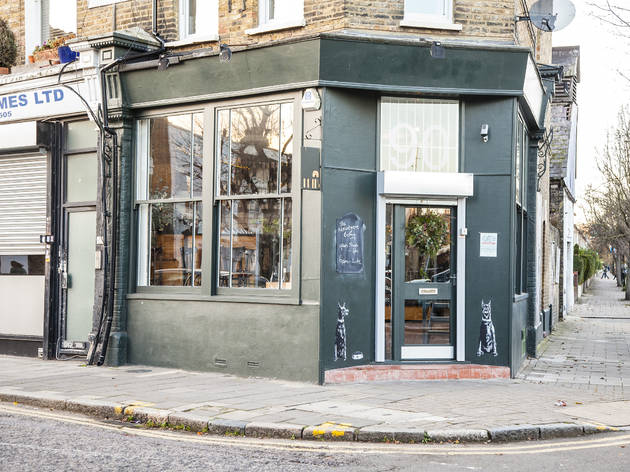 Highbury bar specialising in rare wines by the glass.

This neighbourhood wine bar sits on a corner of Mountgrove Road where Highbury, Stoke Newington and Finsbury Park collide. But what is a ‘bothy’? Those from the Scottish Highlands may know it as a dilapidated hut affording shelter from the wilderness, while the lucky ones from the Isle of Lewis will know it as a semi-legal drinking den. This particular bothy is almost a mash-up, in the sense that it offers sanctuary in a bit of a no-man’s land and it focuses on alcohol (with a licence to do so, mind). It’s not hard liquor they’re peddling – rare wine takes centre stage, with a young and clued-up couple running the show.

And it was a sanctuary, alright. The bar gently filled up with locals – mostly couples – whose chatter competed with a hip hop playlist and whose body heat gradually steamed up the tall windows at the front of the room. Rustic decor included gorgeous wild posies on each table, although an obtrusive flash of modern art made from Mickey Mouse’s face interfered with the theme somewhat. A fresh-faced, aproned waitress zipped round the room as the only member of staff on duty. She was enthusiastic about the wine list, as well as her employers.

From the range of wines by the glass, a peppy orange wine from Canterbury (New Zealand – don’t get too excited) and a Merlot from Slovenia stood out. More pedestrian choices included drops from Tuscany and La Rioja. We indulged in a bargain deal of a carafe of house red with a cheese plate for £20. Much like the wine, the cheeses were hard-to-pronounce rarities, including a charcoal-crusted goats cheese from the South of France. They also serve scallops with a glass of crémant for £12, if you’re after more bargains away from the bin-ends. So even if you’re not from the wilds of north-east London, this little bothy is well worth bothering about.