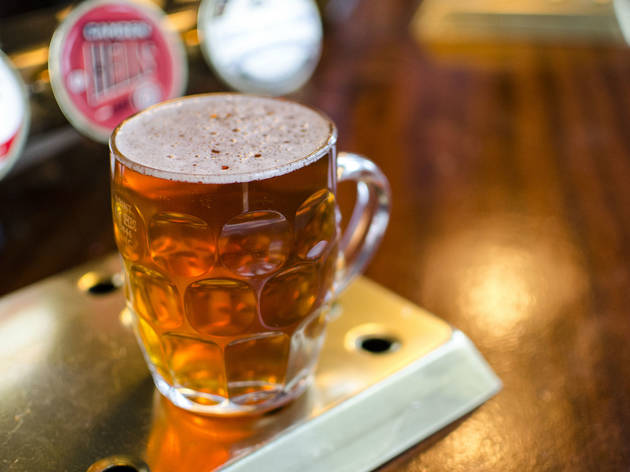 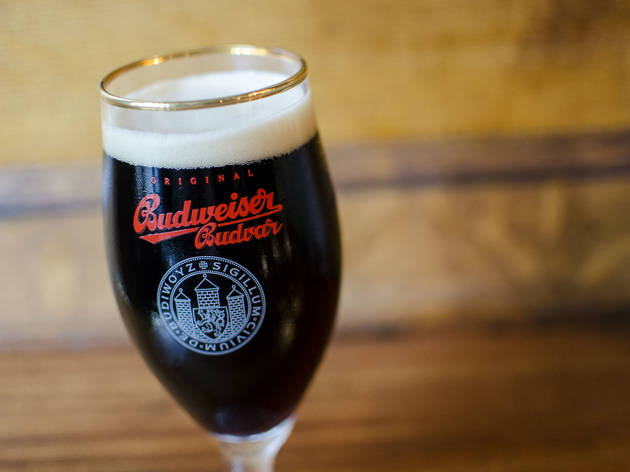 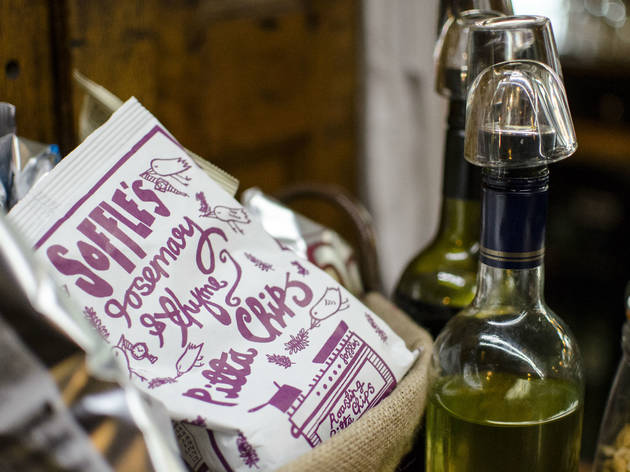 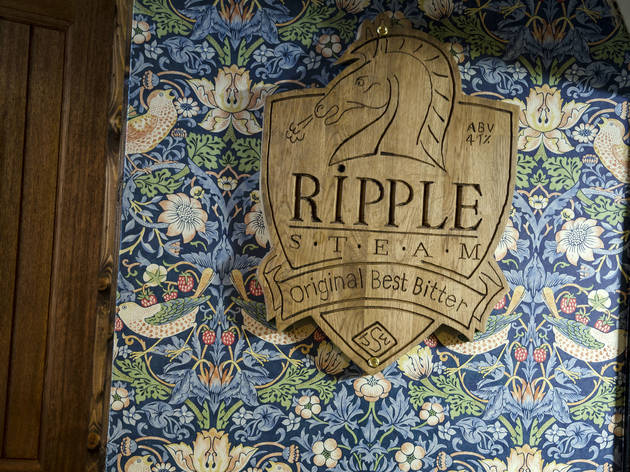 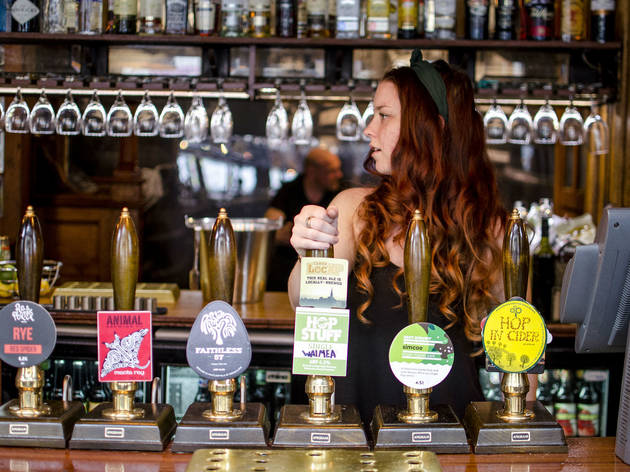 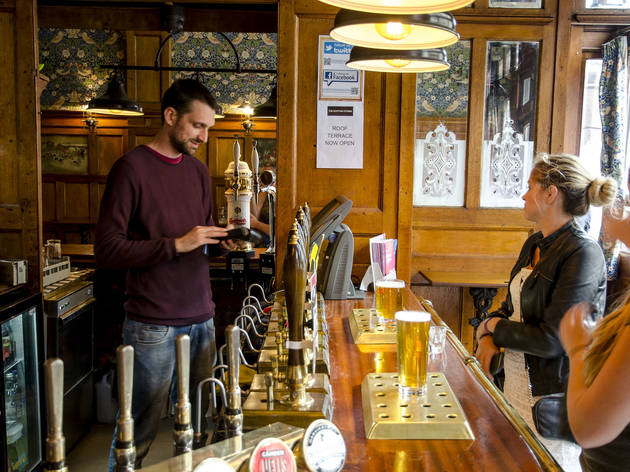 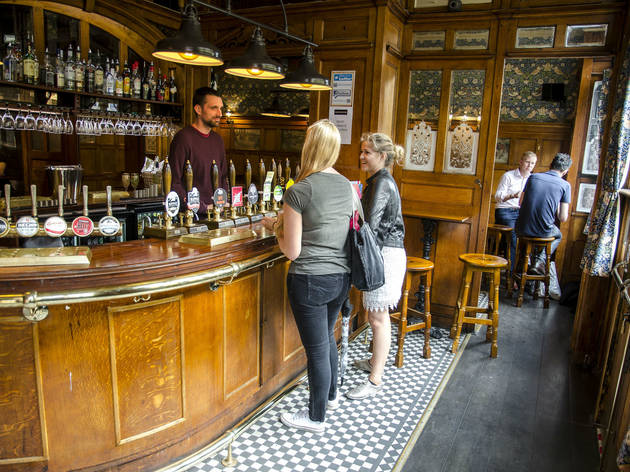 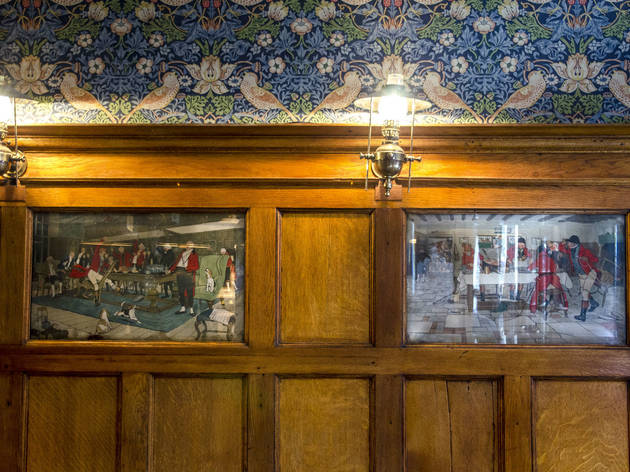 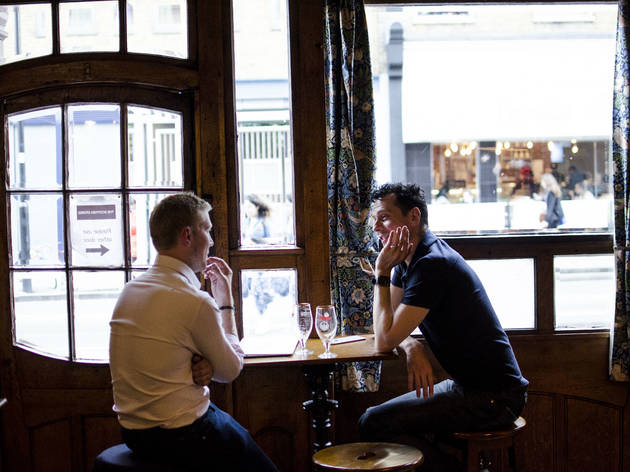 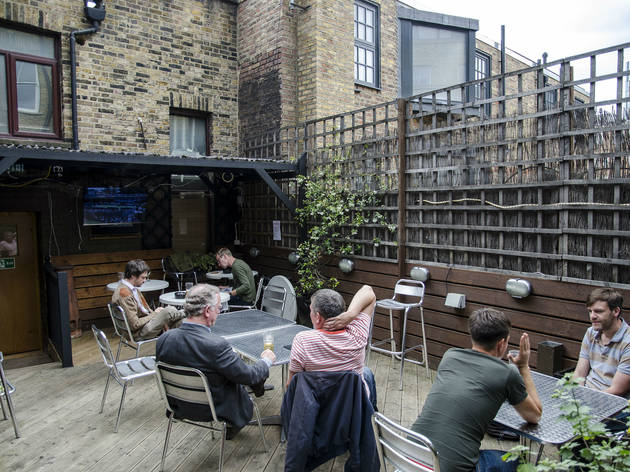 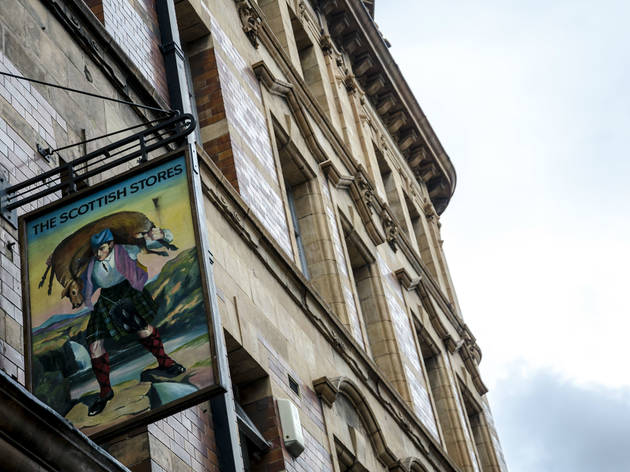 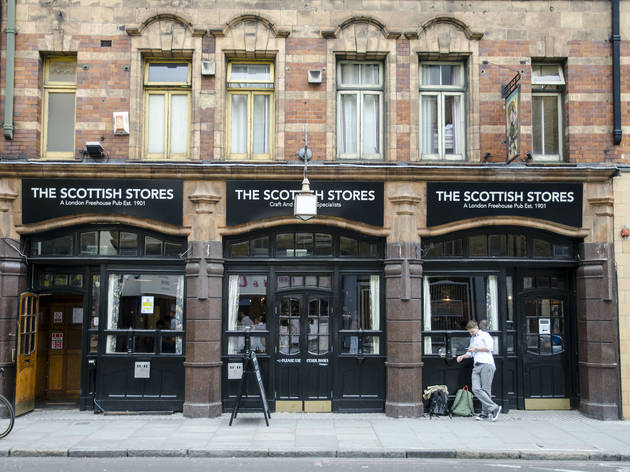 Traditional boozer with a dark past in King’s Cross.

I never went to The Scottish Stores in its previous incarnation. Because until late last year the building housed The Flying Scotsman, a strip club where (I’m told) the ladies would reveal themselves in return for ‘50p in the pot’. Fortunately, King’s Cross has gone from grotty to gleaming in the last decade or so, so instead of a titty bar named after a train we’ve got a small but handsome wood-panelled pub specialising in interesting beers that’s run by a good old-fashioned gentleman.

The beer options are not your usual suspects; on my second visit I tried a Basqueland Brewing Project IPA (brewed by an American who’s set up in Spain), which apparently went down a storm at a recent tap takeover. But even if you prefer a pint of the familiar you’ll find something to quench your thirst – there are around ten draught options and a good few more in the fridge.

Beyond some posh-looking bags of pork scratchings there’s no food on offer, but considering its size, you probably wouldn’t settle in for a meal. Unless, that is, you claim a table on their newly opened roof terrace, which, though spartan, is quite a find in this area. My only complaint is that the prices are a bit high, but this is the sort of pub that fits in so well, you wonder how it hasn’t been around longer. And as for its insalubrious past, I’m sorry I brought it up.

Had a great experience at The Scottish on Thursday 6th of December and I would like first of all to say a huge thank you to Flaeur who was very very attentive to my situation at the moment - this young lady was very supportive and charismatic.

Best luck, Flaeur and thank you very very much.

The Scottish Stores has a recent addition to the charming pub - The Wine Stores!

Just next to the pub, they offer great wine in the heart of Kings Cross. They have a great amount of craft wine (some on tap!), as well as prosecco and tapas bar snacks. They have a great happy hour - cocktails half price, so try and head down early after work. The vibe is great here, so I'd recommend booking a space in advance, as local workers often descend and it can get pretty busy on a Thirsty Thursday!

I  found this place by a happy accident while waiting for friends. It is quite small, and attached to a wine bar next door, which you can walk through to.  it has a lovely, friendly atmosphere, charming, helpful staff and a great selection of beers (but expensive).  The owners have made the most of the narrow spaces inside by using high round tables and bar stools, so it's not a place I would want to spend the evening (I like comfortable sofas).  I would have used their small outside space upstairs to chill out but it was raining - so maybe another time.

Near The Scottish Stores