Bars and pubs, Gastropubs Homerton
Recommended
4 out of 5 stars 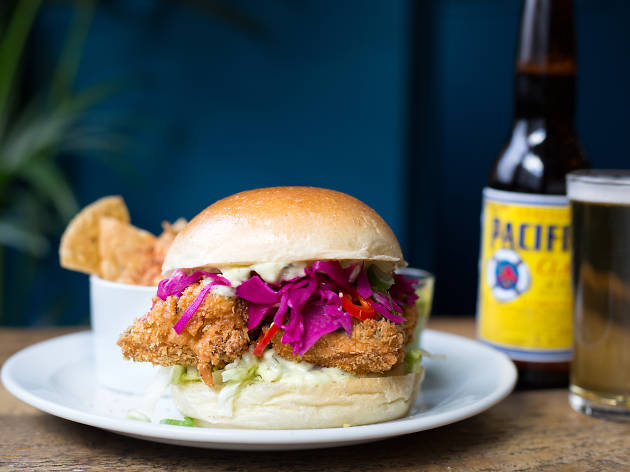 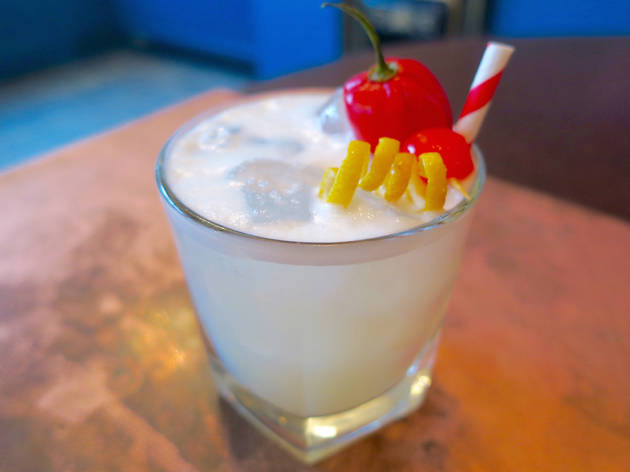 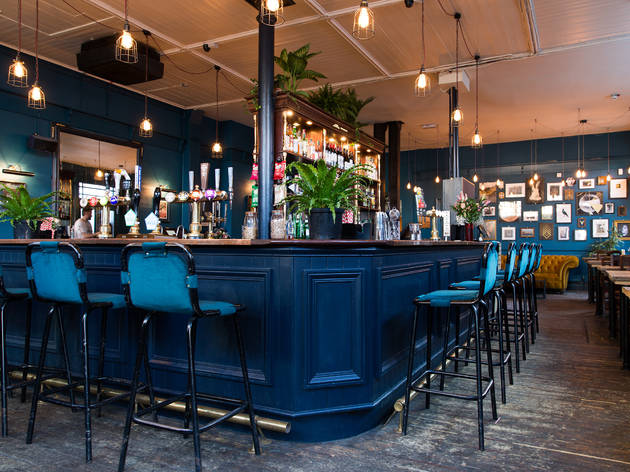 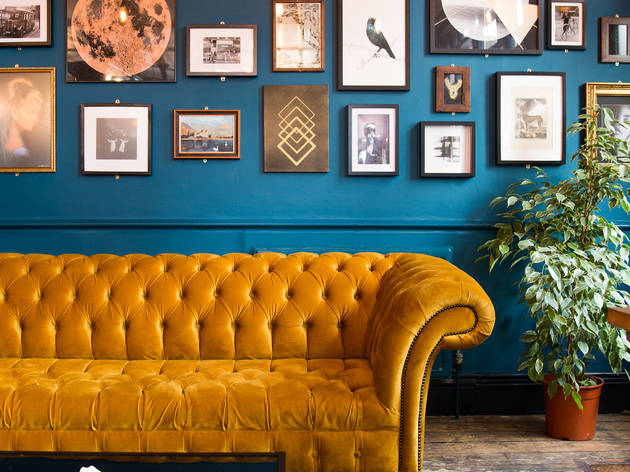 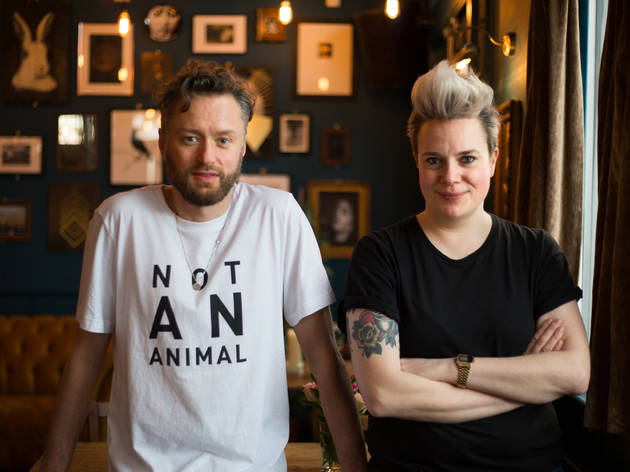 Getting a table at a vegan pub isn’t easy, it turns out. I call, I send two desperate emails, I call again. When I finally get through I’m told there are 60 people on the waiting list. I think I hear the waitress snort when I ask for a Friday night booking. Set at what was previously the lovely but often-empty Jackdaw and Star in Homerton, The Spread Eagle is clearly onto something. Opening a 100 percent animal-free pub (even the candles are vegan) during Veganuary is pure genius, especially when it’s from Meriel Armitage, the woman behind cult vegan-Mexican street food star Club Mexicana.

The pub has kept its gorgeous central bar, but has been painted a deep, dark blue; lights are strung from the ceiling, and tables are made from worn wood. The vibe was more relaxed than I was expecting and the food came quickly. That table was (almost) worth all the wait. Much has been said about Club Mexicana’s ‘to-fish’: flakey, fleshy, and uncannily like fish, it’s famous in taco form. Here, they’re serving it beer-battered, slathered in tartare sauce and slipped into a soft, brioche bun. I can’t believe something this delicious could be made from bean curd. Another highlight was a spicy jackfruit taco (so meat-like, I swear this jackfruit bled).

And the booze? There are 16 taps pouring vegan-friendly beer (sorry, no Guinness just yet), but the stars of this show are the sours: tequila, whisky and amaretto. They use chickpea water instead of egg white to achieve that lovely frothy head. Ours were strong and garnished with a big thick red chilli and a maraschino cherry.

Don’t believe all the hype: the deep-fried ‘cheeze’ doesn’t taste like cheese and my ‘chorizo’ quesadilla was unpleasantly tangy. There was also one extremely rude waitress (the snorter?). But on balance, it looks like vegan pubs are the future, and I’m ready for it.