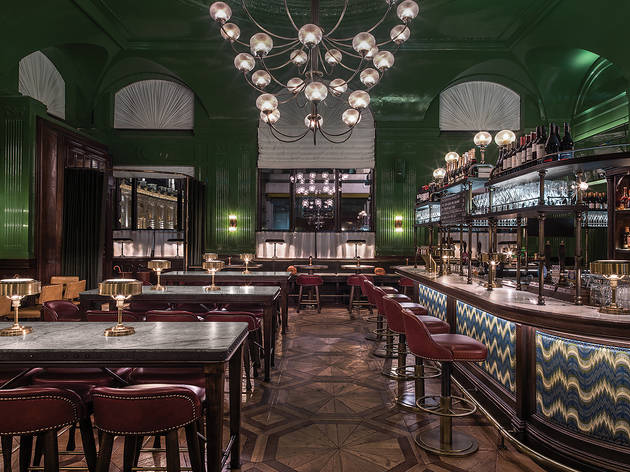 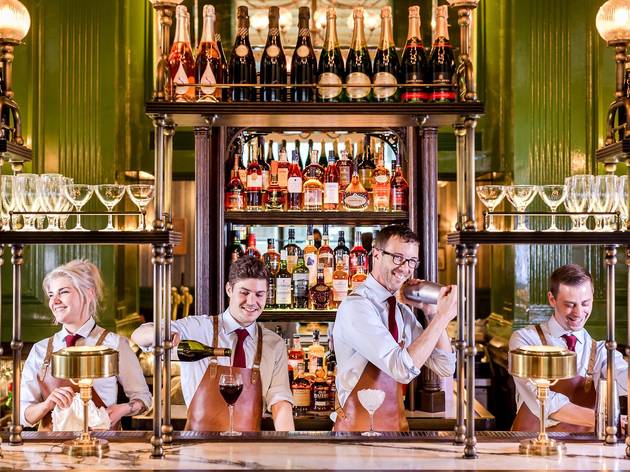 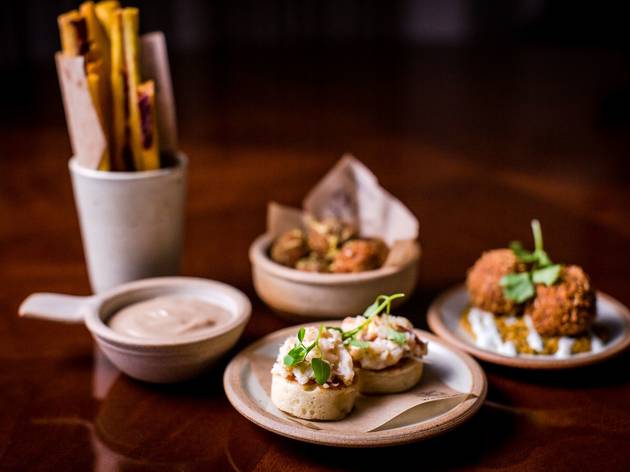 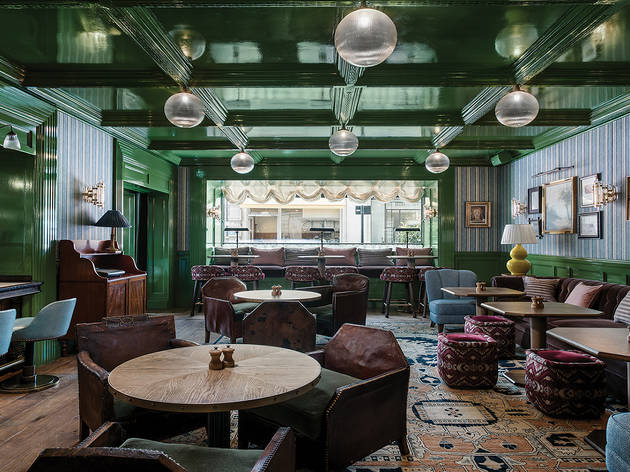 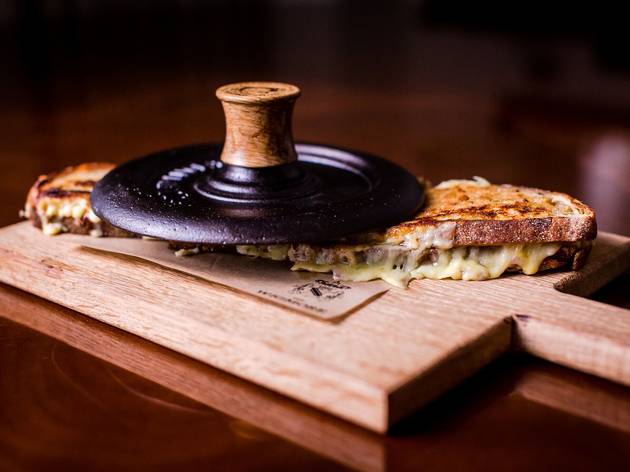 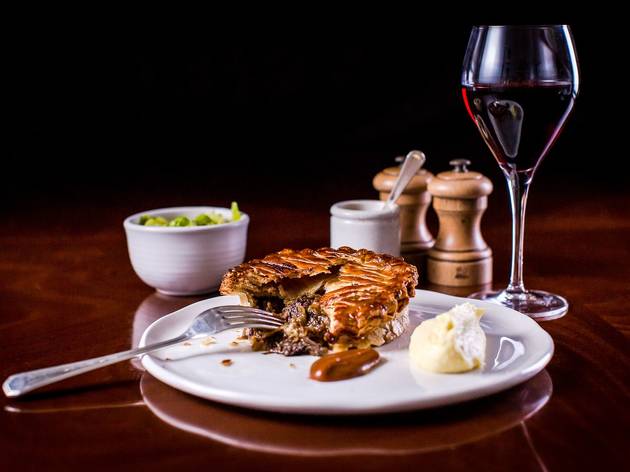 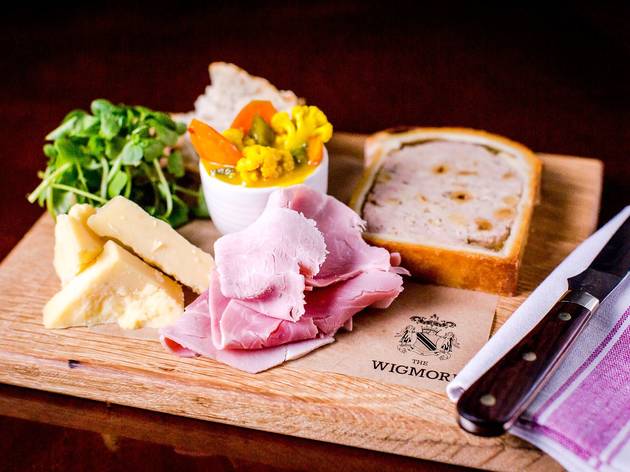 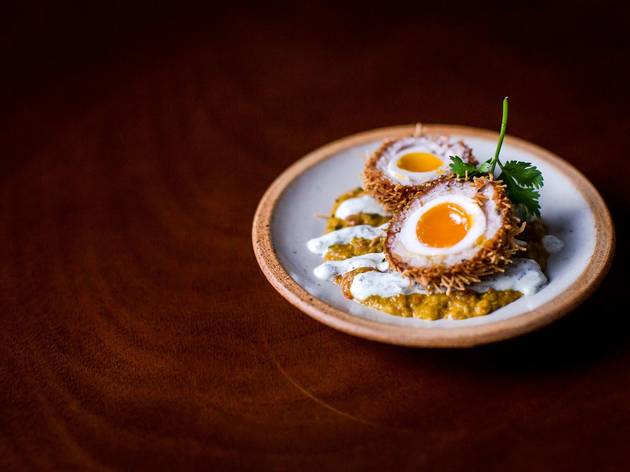 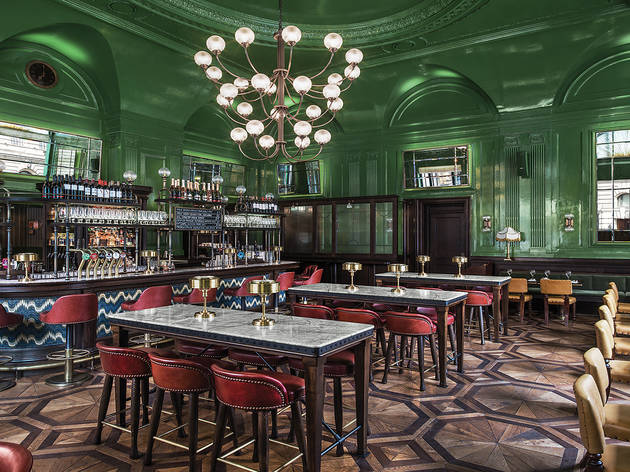 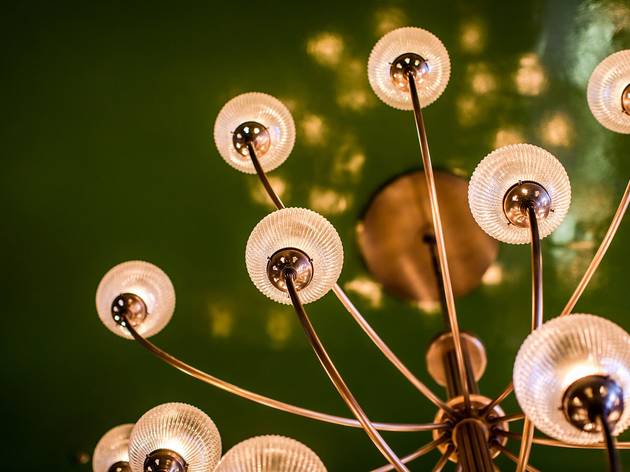 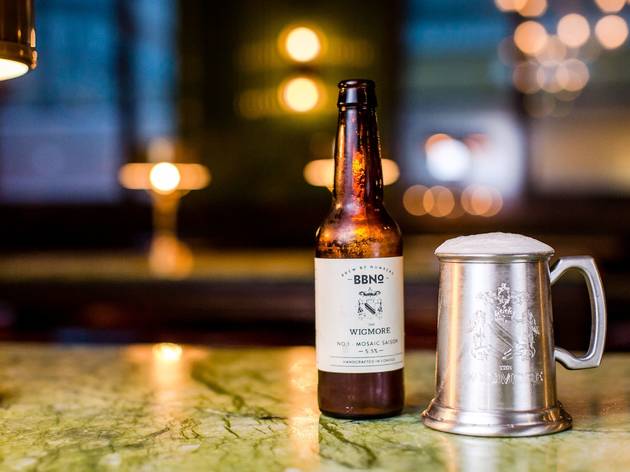 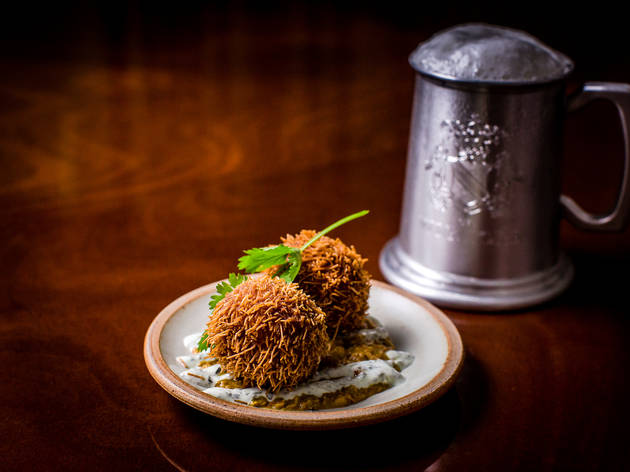 A luxe pub at The Langham with a Michel Roux Jr menu.

Forget Filet Mignon. Michel Roux Jr has turned his hand to pub grub at The Wigmore, a self-styled ‘modern British tavern’ at The Langham Hotel said to mirror public houses of the past. It may sound contrived, but high-end design suits this former banking hall kitted out with globular lights, gloss paint and fabric-clad walls. Toto, we’re not in ’Spoons any more.

Despite Roux Jr’s billing, the place was packed to its poshed-up rafters with a crowd on the lash. Prices are refreshingly on a par with other pubs in the area, so punters were drinking £5 pints of cask and keg beer; look out for The Wigmore’s collab with Bermondsey’s Brew by Numbers. There’s wine on tap – including a minerally Bacchus from Sussex – and an enticing menu of London-born cocktail classics. Unfortunately my raspberry champagne cocktail was as flat as a pancake.

The same disappointment applied to bar snacks which just didn’t live up to the ‘MasterChef’ hype. The most exciting thing about the XXL cheese toastie was its size: over a foot long and ideal for sharing (instead of KP nuts). The masala scotch egg, with a deeply spiced dahl, was much more impressive. As it was plonked down on the table without cutlery or napkins, I finally felt like I was down the pub. Otherwise, make no mistake, this is a fancy bar. But one that seems a good fit for the area’s execs come 5pm.

Taking inspiration from the great British public houses of the past, The Wigmore is opening as a social drinking, eating and meeting place with a luxury accent and a continental feel reflecting the distinct history of the British tavern, where everyone is welcome.

When it comes to food, The Wigmore will offer a menu of hearty British fare with dishes that include a raised veal and ham pie, devilled lamb’s kidneys and paprika-glazed short rib with bone marrow crumb.