Bars and pubs Dalston
3 out of 5 stars 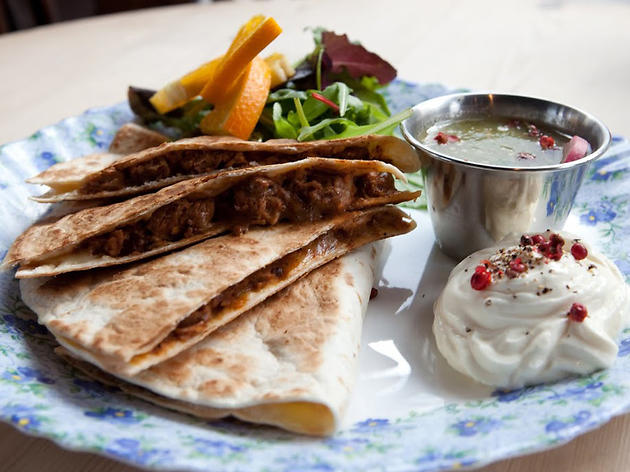 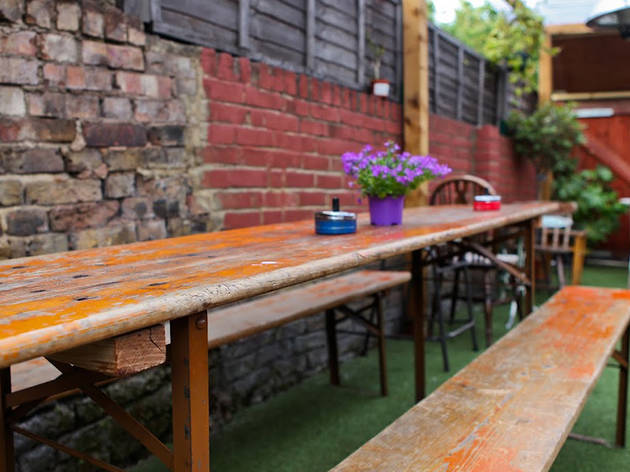 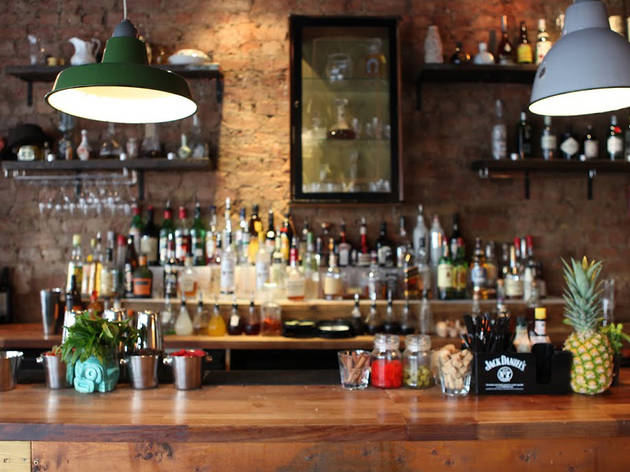 ¡Viva la Dalston revolución! The latest East End venue to have been hipsterised calls itself Viva Tapas & Bebidas. The small, bare-brick premises are decorated with vintage furniture and kitsch bric-a-brac. Drinking happens under the watchful eyes of the virgin of Guadeloupe – depicted on a giant mural, flickering from glass candles on the tables, even tattooed on one of the bartender’s arms. The cocktail menu focuses mostly on tequila- and rum-based Mexican classic bebidas.

But, ay caramba! A Cointreau margarita was served in a tumbler instead of the traditional margarita glass. While this could be excused as a hip gimmick – we’re in Dalston after all – a handful of ice cubes clonking around in the drink, and an excess of salt in the actual drink, suggest more sloppiness than hipness. Better was a bourbon sour: tangy, bursting with lime flavour and frothy from the use of egg white.

No Mexican cocktail would be complete without a portion of tortilla chips, so we ordered ours with guacamole: roughly mashed, garlicky, with sour lemon notes – exactly what a good guacamole should be like.

Taquitos (small soft tacos) come filled with melted cheese and succulently moist and garlicky pork, or with chicken mole, or garlic mushrooms. Dipped into the accompanying spicy jalapeño sauce, these cheesy pockets go well with the drinks. However, we were disappointed to be served plain white corn tacos instead of the blue corn version promised on the menu. For something less mainstream, try moqueca, a Brazilian stew made with prawns, plantain and coconut milk. It’s served in a miniature saucepan, with soft tacos as dipping material.

Viva brings some Mexican flair to a predominantly Turkish stretch of Stoke Newington Road. If only there was also a mustachioed mariachi band to rival the bearded hipsters.

Viva says
Have you ever imagined chicken with cinnamon and cacao? Or tiger prawns in coconut milk? Does it sound weird? It's fantastically weird and wonderful! These are the favourite dishes of many Mexicans and Brazilians!