Whether you're running the 26.2 miles or just cheering someone on, the Marathon is a chance to explore bits of London you've never seen before. Look Up London's Katie Wignall has put together a list of interesting sights for spectators and runners to take in on April 24.

On the left-hand side of Charlton Road, next to Our Lady of Grace Church, you'll spot a small, white, regency-style building built around 1770. As it's only mile one, runners will probably fly by too fast to notice the blue plaque on the wall. It's in memory of Sir William Henry Barlow, the railway Civil Engineer and designer of the train shed roof at St Pancras station. He lived here until he died aged 90.

This grand old building off to your right along Charlton Road is a Grade I-listed Manor House and the best preserved Jacobean mansion in London. It was built during 1607-12 for Sir Adam Newton, who was the tutor of James I's son.

Along the otherwise grey dual-carriageway, look to the left at the underpass (which connects Kingsman Road to the Woolwich Dockyard Estate) and you'll see a colourful mosaic. Unveiled in June 2000, it was created by Greenwich Mural Workshop along with local Woolwich youth groups and depicts the launching of HMS Trafalgar from Woolwich by Queen Victoria in 1841.

As runners circle the impressive Cutty Sark (built in 1869), it's worth looking out for the Southern entrance of Greenwich Foot Tunnel. The tunnel was built in June 1899 and designed by Sir Alexander Binnie, replacing an unreliable ferry service and allowing nineteenth-century dock workers a better commute. If you're a stat fan, you'll be interested to know it's 1,217ft long and has over 200,000 glazed white tiles. At this point there are just over 19 miles left to go in the marathon (that's at least 82 Greenwich Foot Tunnels!).

Opened in 1908, the Rotherhithe road tunnel connects (you guessed it) Rotherhithe with Ratcliff in Limehouse. The listed, circular structure you'll spot on your left along Brunel Road is an air shaft designed by the engineer Sir Maurice Fitzmaurice, which matches its twin shaft in the King Edward VII Memorial Park in Shadwell.

Tower Bridge is a big milestone. It involves crossing the river and it's almost half of the marathon done. But take a moment to have a second look at the oddly shaped lamp post on the southern side. It's actually a Victorian cast-iron chimney for the Royal Fusiliers room under the bridge, used for funnelling out smoke from the coal fires that warmed the guards on duty. It fell out of use in 1956 when the Clean Air Act was passed.

This is a grand Nicholas Hawksmoor church consecrated in 1729. In the 1850s, there was a protest against the Bishop of London for hiring a Low Church lecturer (against the traditional High Church attitude) so the local congregation cat-called and blew horns, with some male members attending church smoking pipes and leading barking dogs. If you're spectating, take this as inspiration and make some noise for the runners!

Founded in 1583, the pub on Narrow Street was at the bustling centre of the Elizabethan London ports. As well as hosting famous visitors like Samuel Pepys, Charles Dickens and Oscar Wilde, the previous pub landlady was also in show business as a prominent London Playboy Club Bunny. Barbara Haigh was determined to keep the traditional atmosphere (when forced to buy a fruit machine, she placed a sign over it saying 'this must never be used'), a feeling kept up by its new owner, local boy Sir Ian McKellen.

As you stomp through the glass and steel of Canary Wharf, keep an eye out for the contemporary sculptures between the skyscrapers. Depending on how you're feeling, Man With Arms Open by Giles Penny might seem like a man giving up and cursing the heavens, or captured at the height of celebration. Let's assume the latter for now.

Perched on a post by the busy West India Dock road is a symbol of a bygone era by J&S architectural Metal Works Ltd. The ‘Dragon Gate’ sculpture represents the oldest and first 'Chinatown’ in Britain. The Chinese community first settled in the areas of Limehouse and Pennyfields in the late nineteenth century because of the tea and opium trades. It was only after the devastation of WWII that most of the Chinese community moved to Soho. The Dragon was chosen, not only because it’s an ancient Chinese symbol of good fortune, but also because it was unveiled in 2000, the year of the Dragon. 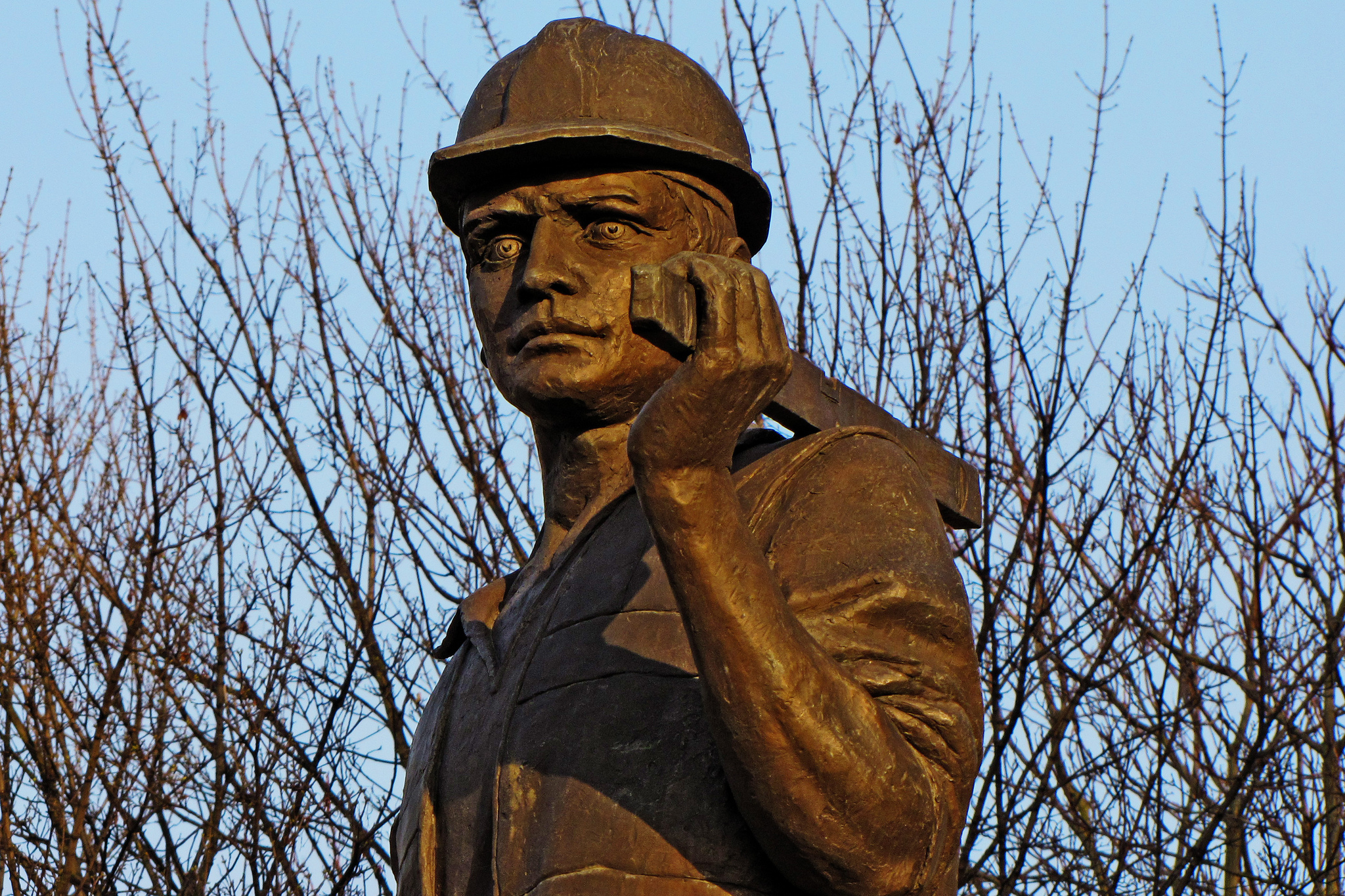 On your left you may spot a sculpture by Alan Wilson of a hard-hatted builder gazing off into the distance. It's a national memorial to building workers killed while working on site. At its unveiling in 2006, the then London mayor Ken Livingstone said 'for 2000 years workers have built this city. Their imagination, courage and dedication has given us a city we are proud to live in'. Runners should give him a salute as they fly past.

Though no-one is certain of the exact age of the church on your left on Lower Thames Street, it was definitely in existence by 1133. If you'd been around in the twelfth century, you would've had to walk through under this archway, past the west door of the church to get onto the original London Bridge (erected in 1176 and replaced in 1831).

Up to your left you'll spot a triumphant-looking lady on a chariot. The is Queen of the Iceni tribe c. AD60. Boudicca led a major uprising against the Romans in response to them torturing her, stealing her land and raping her daughters. Her retaliation caused such devastation on London that even today archeology clearly shows a thick layer of burnt debris within the boundaries of Londinium. 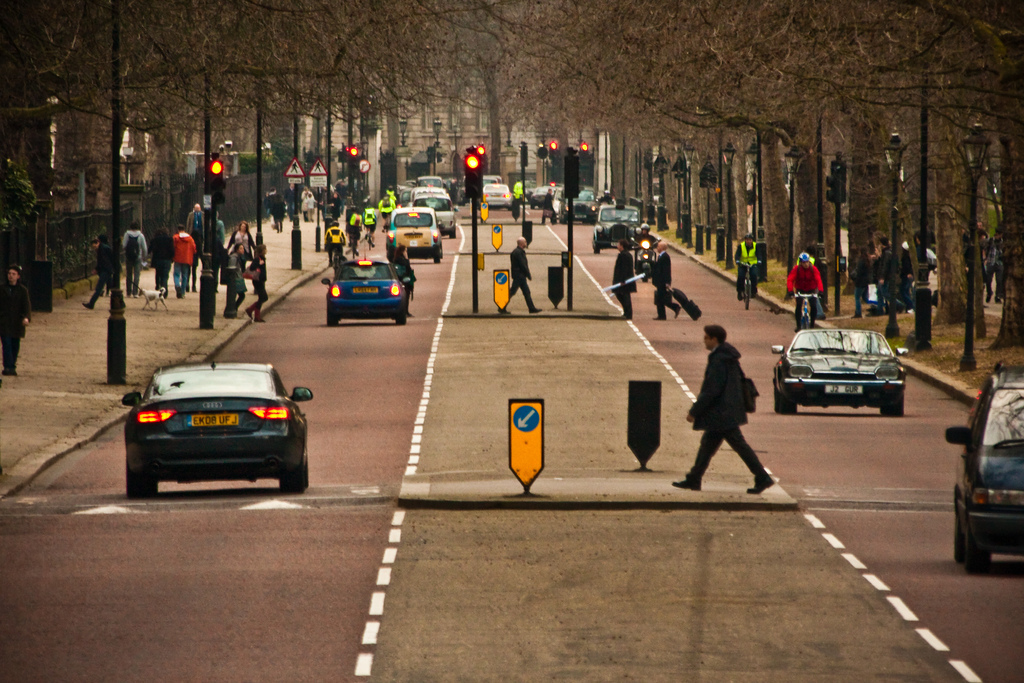 It's almost over! But before euphoria hits, you might wonder why this street at the end of the race is called Birdcage Walk. Well, it's named after King James I's Royal Menagerie and Aviary, located here during the seventeenth century. Our favourite man about town Samuel Pepys visited here on Sunday, August 18 1661, seeing a 'great variety of fowl which I never saw before'.

To get you in the marathon mood, check out these runners' stories and tips.