Pride in London: your ultimate guide

Written by
Time Out London editors
Thursday 30 June 2022
FacebookTwitterPinterestEmailWhatsApp
Advertising
As soon as June hits, London is packed with parades, parties and protests for Pride Month to mark the anniversary of the 1969 Stonewall riots. But, this year the celebrations will feel extra special. Not only is it the first time many events will be taking place in person after two years of lockdowns, cancellations and livestreams, but in 2022 the London Pride parade will celebrate its fiftieth anniversary.

When is London Pride?

This year’s London Pride parade will take place on Saturday July 2. To mark its epic birthday it will retrace the original route of the inaugural 1972 Pride march. It will begin at Hyde Park, the terminus for the first ever march, before wending its way down to Piccadilly, then south to Haymarket and Trafalgar Square, and then ending at Whitehall Place.

This year’s theme is #AllOurPride ​​– a nod to the fact that this year Pride will be ‘uniting the collective past, present and future of pride from every corner of the LGBT+ community’.
The organisers of Pride in London have said that they want to use this year to ‘march towards progress’.
They’re calling on the UK government to ban conversion therapy for all LGBTQ+ people, to reform the Gender Recognition Act, to provide equal protection for LGBTQ+ communities against hate crime, to establish a national Aids memorial and more.
As well as the parade, there’ll also be four stages at various points along the route platforming grassroots and DIY performers as well as big names like Emeli Sandé, Ava Max, Samantha Mumba and Eurovision winner Netta headlining the main stage in Trafalgar Square.

Want even more action? Look out for the warm-up and after-parties as well as queer fringe events that will spill out across the summer.
Recommended: Everything you need to know about the London Pride parade 2022. 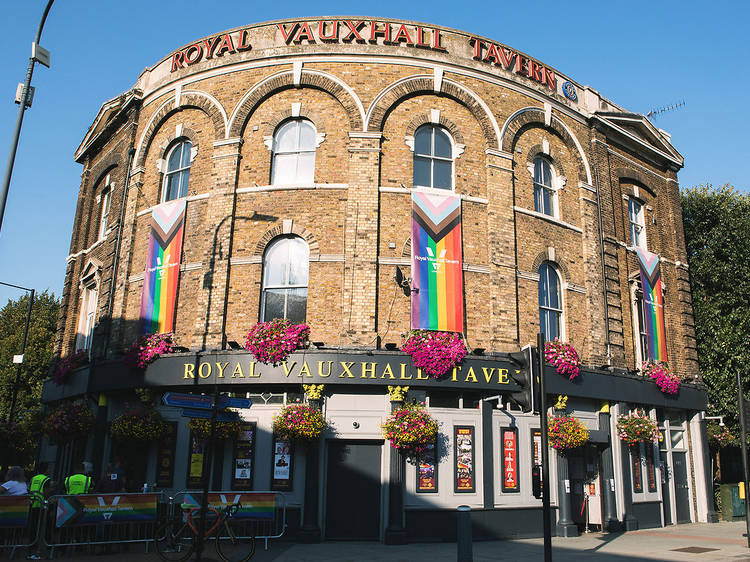 ‘The defining feature of queer London is resilience’ 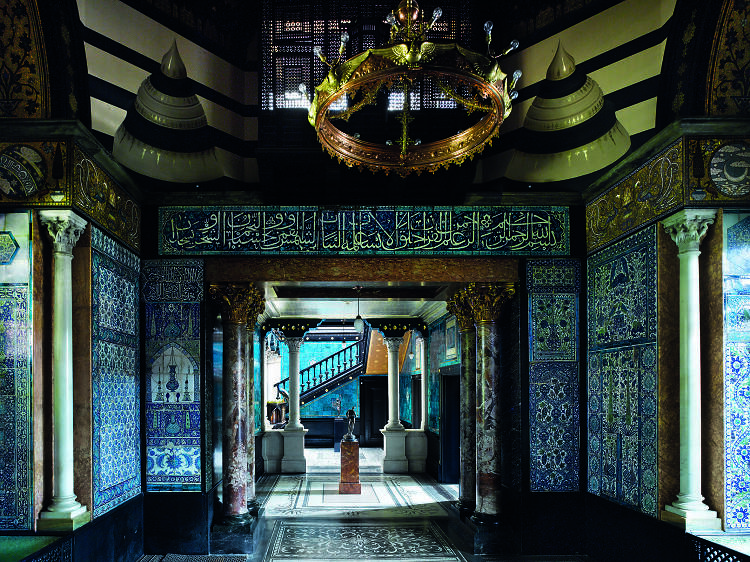 Did you know that Princess Diana spent a night clubbing with a moustachioed gay icon at the Royal Vauxhall Tavern? Or that Highbury Fields hosted the first gay rights protest? Take a tour of the key points in the historic battle for equal rights and the current hot spots that celebrate queer culture. 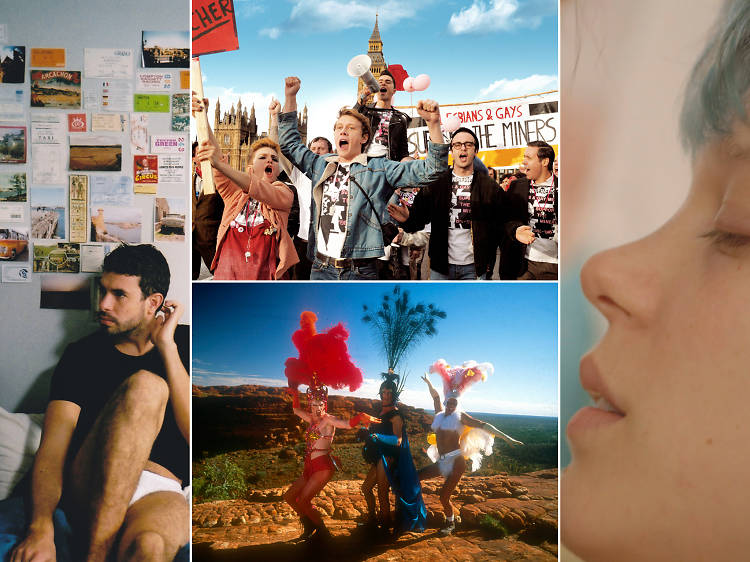 The 50 best gay movies ever

Which movies are most beloved for the light they shine on lesbian, gay, bisexual and trans experiences? Which screen stories involving LGBTQ+ characters are the most enduring, whether romances, horrors or comedies? Which are the most groundbreaking, politically or artistically? And which simply demand to be watched again and again? We asked LGBTQ+ cultural pioneers – including Xavier Dolan, Christine Vachon, Bruce LaBruce and Roland Emmerich – to share their ten best gay movies with us. Here’s their out-and-proud list of 50 great LGBTQ+ movies. 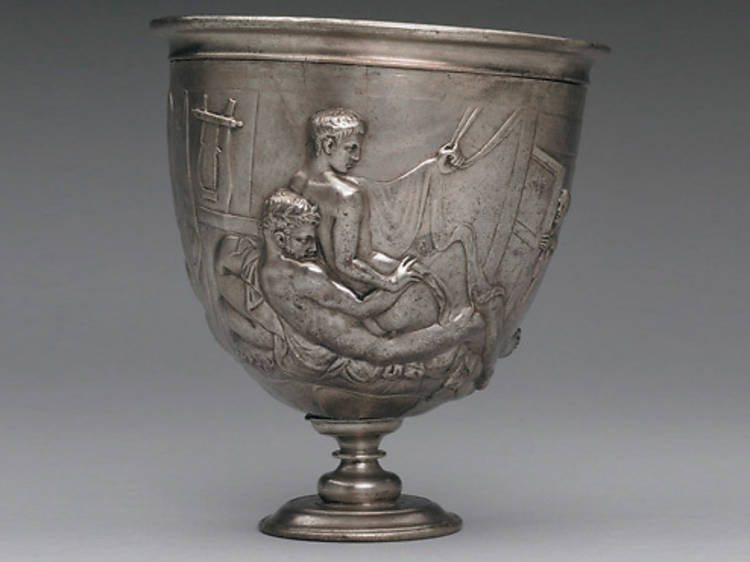 Five bits of gay art at the British Museum

The British Museum has just published ‘A Little Gay History’, a new book exploring same-sex desire in the museum’s collections. According to author and curator RB Parkinson, ‘the aim is to show the depth of LGBT history across the cultures of the world, and to remind people that same-sex desire has always been an integral part of the human condition.’ Inside the book are over 40 objects of queer historical interest. Parkinson talks us through five of his favourites. ‘A Little Gay History’ by RB Parkinson is published by The British Museum Press at £9.99. He introduces a special screening of ‘Maurice’ at BFI Southbank on Tuesday Jul 2. 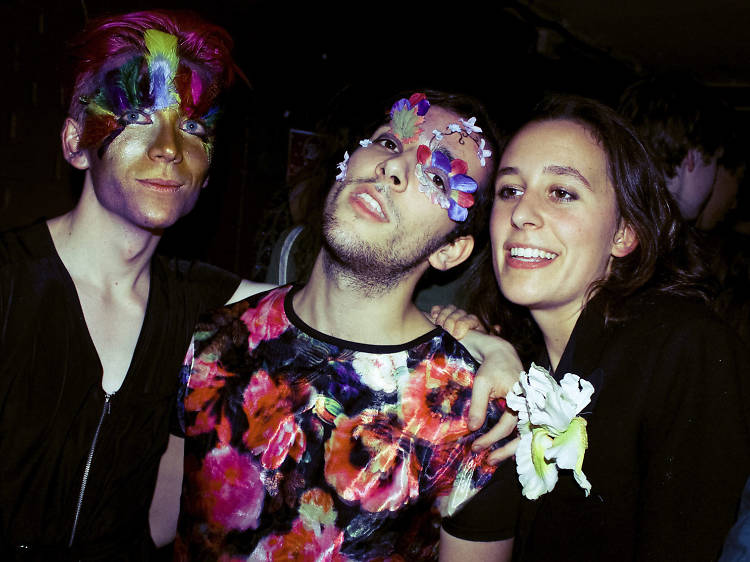 The 10 best gay clubs in London

Go out and stay out all night at London’s best LGBTQ+ nightlife hotspots. From disco basements and bars with giant penis murals on the walls to the place Londoners regularly vote the best venue in the capital. Here’s our pick of the top ten gay and lesbian clubs in London.

RECOMMENDED: Your guide to LGBTQ+ London 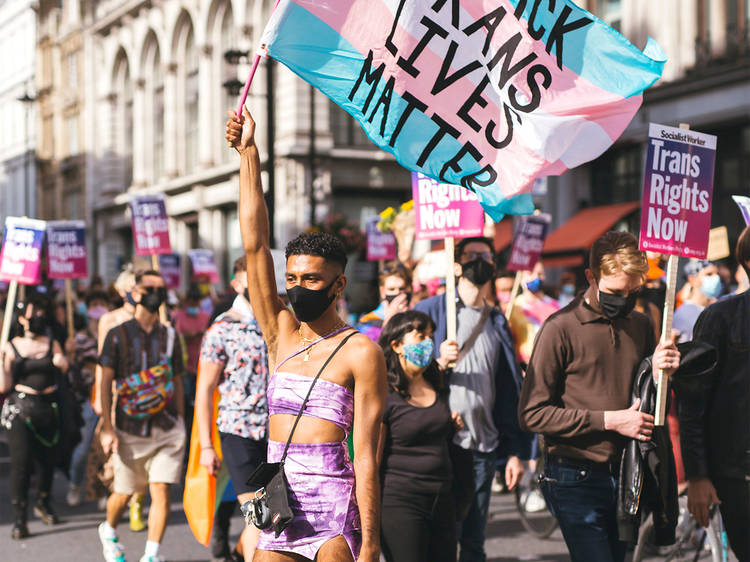 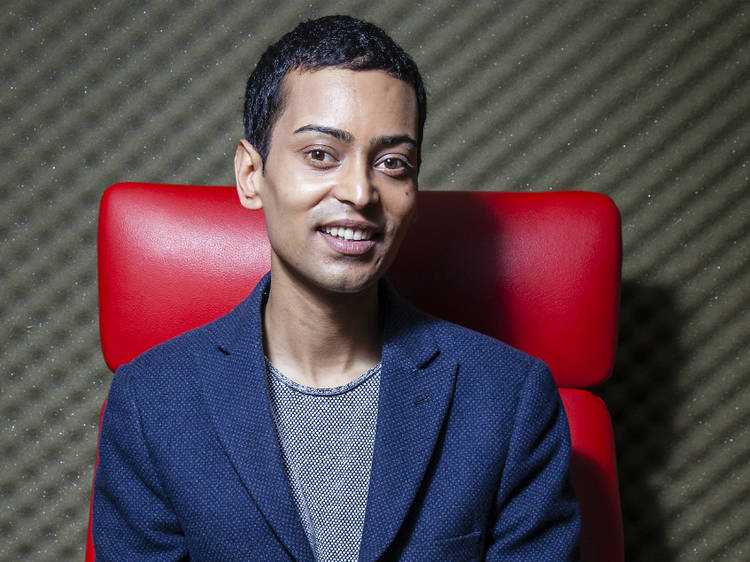 Tell me about your drag persona, Asifa Lahore. ‘She’s a bombshell and mixes her Muslim culture with her British upbringing. She pokes fun at being LGBT, she pokes fun at being Muslim. When I first went on stage in a burkha and did a parody song, half the audience were laughing at the jokes and the other half were like: Should we be laughing at this?’

You grew up in a conservative Muslim family. Was it difficult to come out? ‘I waited until I was 23. My parents took me to the GP at first, who told them it was something they had to accept. The options I was given were be celibate or marry a woman. I ended up getting engaged to my cousin in Pakistan to get them off my back.’

Do you worry about Islamophobia, especially after Orlando? ‘It’s scary and there is Islamophobia within the LGBT community. I have a lesbian friend who wears a hijab and whenever she goes to LGBT spaces wearing it, she gets comments about why she’s there because it’s just assumed she’s heterosexual.’

Has there been a moment in your life that’s proved that ‘love wins’? ‘Last year I won a Pride Award and my mum – who’s never come to any major events where she’s seen me perform – came to the ceremony and witnessed me receive this award in full drag. She’s my hero.’

See Asifa Lahore at Pride in Trafalgar Square and in the Pride Parade. 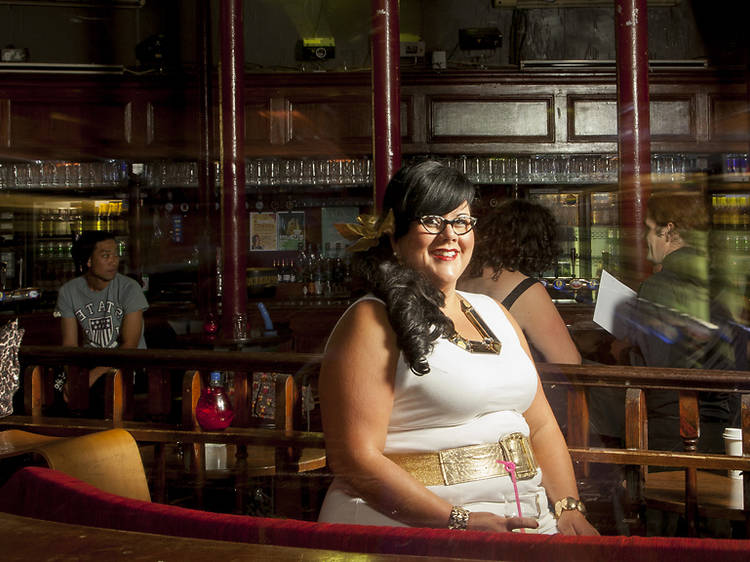 So you've never been to the RVT?

As the name suggests, a short walk from Vauxhall tube. You can’t miss this grand Victorian building occupying a prime spot on Kennington Lane.

What’s the vibe? The Royal Vauxhall Tavern (the RVT to regulars) opened as a music hall in the 1860s and started hosting drag shows shortly after the Second World War. Nowadays it prides itself on offering first-rate entertainment to ‘confirmed bachelors and friends since long before Kylie was born’. Regular nights include Duckie’s glorious performance art, Push the Button for superior pop music and a chilled mix of cabaret and DJ sets at Sunday Social.

What’s the booze situation? A great selection of wines, beers and ales chosen by the manager, plus our own Tavern ale,’ says the venue. Come to The Big Bingo Show on Mondays for the best drinks offers.

And finally: what happens to all the coats left in the cloakroom? According to the venue: ‘We keep the coats for a couple of months and then anything unclaimed is given to charity. Someone once checked in their grocery shopping and a 15kg suitcase, so we do our best to be accommodating.’ 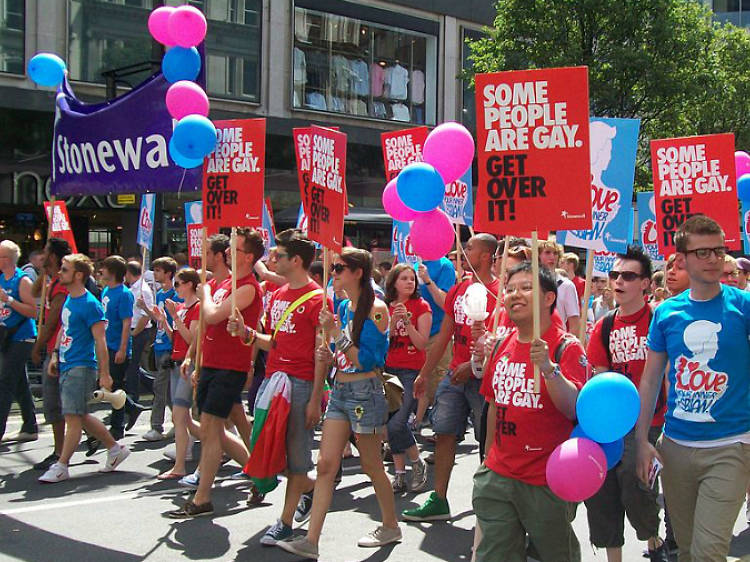 Why is London the best city to be gay?

1. London’s LGBTQ+ community is probably more extensive than you realise. The capital is widely acknowledged to have the largest gay population in Europe and a 2015 survey by the Office for National Statistics found that Londoners are nearly twice as likely to identify as lesbian, gay or bisexual than people living in most other UK regions.

2. London embraces its LGBTQ+ community London's gay community is also especially well integrated. According to a 2014 YouGov survey, Londoners know an average of 8.5 gay men and 3.6 gay women. Though the second figure is surprisingly low in comparison to the first, both numbers are comfortably above the national average.

3. London’s LGBT!+ scene isn’t focused on one location Increased acceptance coupled with rising rents and the growing popularity of dating apps has caused a number of London's most famous gay bars to shut down. But the capital still has a diverse scene that varies in vibe according to location. Whereas many Soho drinking dens are young and buzzy, south London venues like the Royal Vauxhall Tavern (RVT) tend to attract an older and more relaxed clientele. As you'd expect, east London hang-outs like The Glory are generally the city’s edgiest.