Mounted police, living sculptures, a massed choir… we reveal the contents of the new Tate Modern 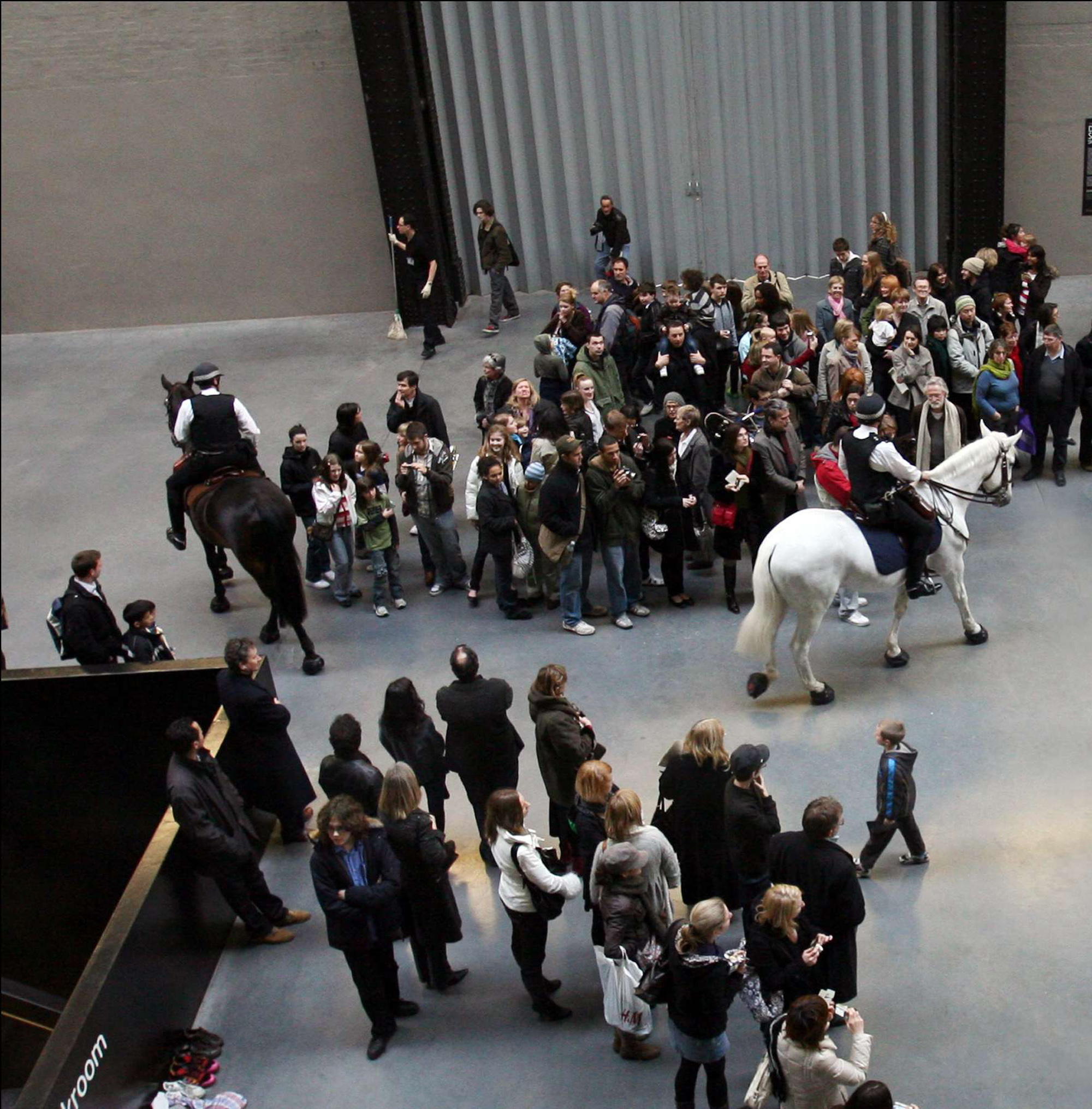 Today, Tate announced what to expect when the new Tate Modern opens on June 17 – and if you were thinking it would be just a few paintings, sculptures and a new caff, prepare to have your mind blown.

Cuban artist Tania Bruguera's 'Tatlin's Whisper #5', which will feature mounted police riding back and forth corralling people in the Turbine Hall, is just one of the performances heralding a new chapter in Tate Modern's evolution when its ten-storey, Herzog & de Meuron-designed Switch House building opens to the public. There'll also be a 500-strong massed choir, singing songs written specially about the building by British artist Peter Liversidge, Romanian duo Pirici and Pelmus 'performing' famous sculptures, plus Lebanese artist Tarek Atoui building and playing his own musical instruments in the galleries.

Some of the performances will take place just for the opening weekend, when Tate Modern stays open until 10pm each evening, but three weeks of live art is scheduled right across the building.

The emphasis on performance art is part of Tate's continuing mission to reflect the hottest trends in contemporary art. But the museum is also rethinking how it shows its historical collections by completely rehanging the entire museum across the existing Tate Modern building (which will be known as the 'Boiler House') and the new building (the 'Switch House') to give it a more international flavour. Artists will hail from 57 countries. Seventy-five per cent of the works going on show have been acquired since Tate Modern first opened in 2000, and many of them are going on public display for the first time, including new stars of the collection such as Chinese art superstar Ai Weiwei's 22-foot-tall sculpture 'Tree', which will stand in the centre of the Turbine Hall.

'More international, much more new media, more experimental work and more women,' is how Tate Modern director Frances Morris described the flavour of the rehang. Yet, with 60 percent more space to show art, there'll still be plenty of opportunities to visit old favourites. In fact, the 'Start Gallery' will be a capsule collection of some of Tate's icons including Henri Matisse's 'The Snail'.

And, after all that international art, there'll be a chance to soak up awesome views of London from the tenth-floor viewing level.