Quit your job, become a... projectionist 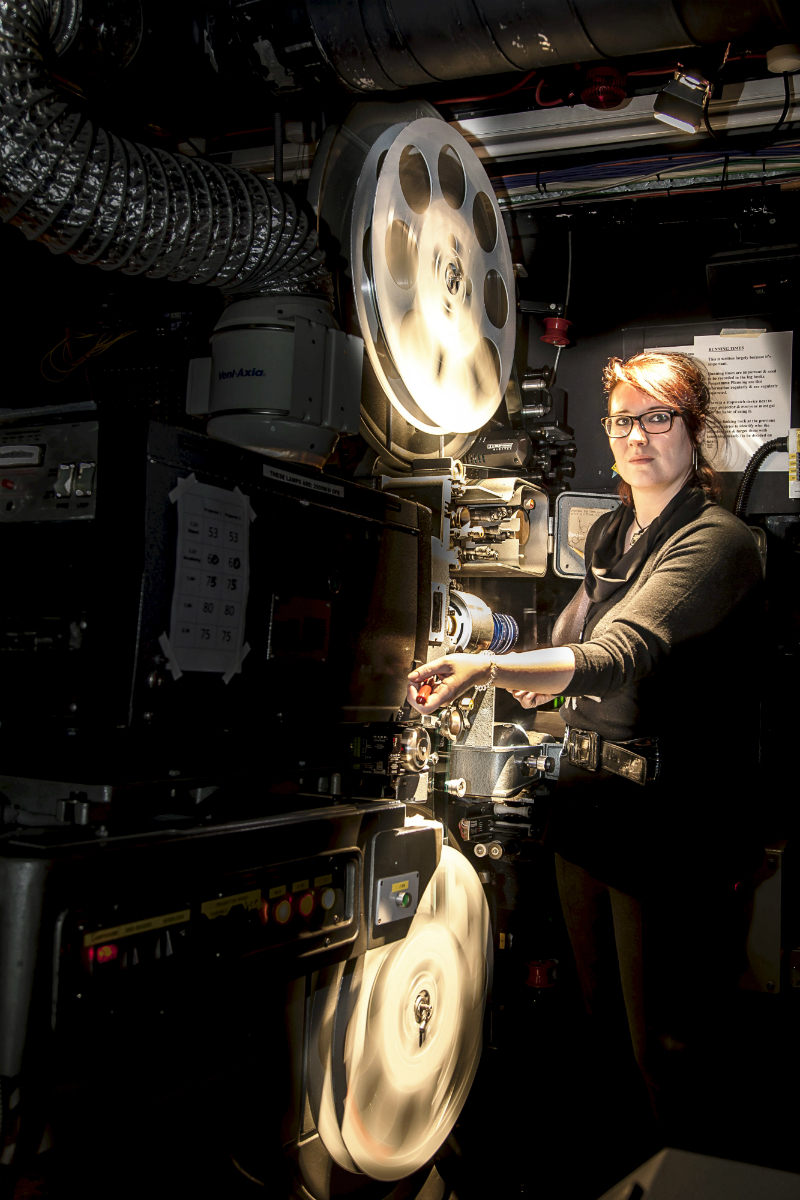 What's a typical day for you?

'Each day is different. I could be doing an educational event in the morning or running a [film] print from the BFI National Archive to a full house in the evening. In between, I might be running digital shows, making up prints or preparing shorts.'

It's not a nine-to-fiver then?

'We have patterns, and then shifts within those patterns. So it might be a 7am or 8am start, or I could work until 11pm, in which case I'd start in the afternoon. I'm quite used to that. I've been doing it for 11 years now; throughout my career there have been a lot of evening shifts. I work weekends as well – not just Monday to Friday - because that's when people come to see films!'

How did you get into the job?

̈I actually wanted to be a theatre set designer. That's what I wanted to do when I left college. But then I got my first part-time job at a local cinema. And the rest is history.'

Any disasters over the years?

'I think every projectionist has a whole closet of them! My massive fear is missing a changeover. I remember this one film I was running and on screen there was a guy on a horse: it was a really crazy horse, the camera was going up and down, and I was trying to focus for that changeover cue dot. Then the guy got off the horse and kicked it! I was like: "Don't kick the horse!" Then all of a sudden it was changeover! I didn't miss it, but I almost did. To be a projectionist, you really need that discipline and attention to detail. We're generally quite an introverted lot, but we have passion for what we do.'

So you can't just sit and enjoy the films?

'If you love films, don't be a projectionist. I can never switch off: I struggle to go into a cinema now without saying "Ooh, look, they've missed something" or "The lights aren't quite right."'

You're one of those people then?

'I'm afraid so. I try not to say it to anyone but it definitely goes round in my head. It's one of the few downsides, I suppose.'

Or why not become a foley artist?