Ten reasons every Londoner should visit the Tower of London

William the Conqueror built the Tower of London to keep hostile locals off his back. 950 years on, there are still plenty of brilliant reasons to pay a visit, and these days you won’t meet a hail of arrows on your way in. We promise.

1. Hear all the gossip

Ace the next pub quiz by joining one of the free tours that set off from just inside the gates every half an hour (weather permitting). Hosted by the Yeoman Warders who work and live in the Tower, these anecdote-filled talks tell you everything you need to know about Traitor’s Gate, little princes, loyal ravens and terrible tortures. Brilliant ‘Beefeater’ banter.

…and the Queen’s trinkets too, of course. The Crown Jewels, which once played a starring role in a particularly good episode of ‘Sherlock’, are one of the biggest draws to the Tower of London. Did you know that the dazzling Koh-i-Nur diamond, originally brought to England for Queen Victoria and now sitting in the Crown of Queen Elizabeth the Queen Mother, is said to carry a curse to any man that might wear it? Yep, it’s ladies only. By contrast, in the Martin Tower you’ll find the crown worn by George IV at his coronation. It’s stripped bare. No, not by a thief, but because the royal purse was in such a sorry state at the time, the jewels were rented!

3. Break into prison after dark

See the Tower of London in a whole new light. Nightwatchers is a pulse-racing evening adventure for ages 16 and over. Created by digital theatre company Anagram, it’s an immersive digital experience that uses messages and phone calls to guide you around one of history’s most notorious lock-ups. Follow the drama, inspired by contemporary events and the intrigue-filled years of the Elizabethan secret service, complete with code-breakers, law enforcers and extremists.

4. Be king of the castle

Enjoy a walk along the fortress walls of the Tower of London, just as night watchmen and defending soldiers would have done hundreds of years ago. It’s a serious power trip.

5. Keep your head, where others lost theirs

Most beheadings actually took place outside the castle walls, on Tower Hill. Only the most exclusive prisoners were executed away from the public gaze. See where the Tudor VIPs met their end – Catherine Howard, Lady Jane Grey and of course, Elizabeth I’s mother, for whose beheading an expert swordsman was shipped in from France. A class act to the end, that Anne Boleyn.

Drawn at the Tower with Art Macabre

Ever fancied releasing your inner Holbein? Drawn at the Tower with Art Macabre after-hours art sessions give you the chance to sketch costumed royals, rogues and even the ravens, while you get to hear the stories behind the sights.

For over 600 years, the wildest creatures to roam this corner of the East End weren’t drunken sailors but lions, elephants and baboons. In The Royal Menagerie, many of the animals from all over the world were given as gifts. Of course, Zone One London was never the best climate for many exotic creatures, but Henry III’s polar bear enjoyed catching fish in the Thames. Find out more in the Royal Beasts display.

8. ‘Meet’ the ghosts of the Bloody Tower

Hundreds of prisoners were held at the Tower of London over the years, right up to the twentieth century, when inmates included Rudolf Hess and, a few years later, the Kray Twins. In Tudor times, traitors were brought in by boat, and rarely walked free. Take a night-time tour of the cobbled courtyards to hear stories of the troubled souls who met a bloody end here. Not for under 12s (or scaredy pants). 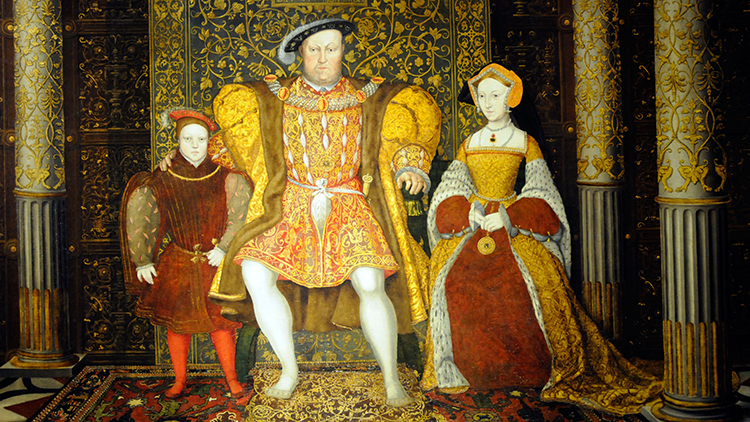 9. Square up to Henry VIII

The spectacular collection of royal suits of armour in the White Tower includes two suits worn by Henry VIII. There’s one made for the fit twentysomething Henry and one for the king when middle age spread had taken hold. It must have taken a lot of horsepower to carry that heap of metal during a jousting match. Imagine the 400-year-old tabloid headlines: ‘Hungry Hippo Henry's Pie Shame’. Strictly no paparazzi at the beach, that’s for sure.

Come on, kids, you know a trip to the Tower is a far more interesting way to learn about medieval castles than reading books. Join the Story Scramble – an interactive trail on which you have to untangle a series of events that really happened in the Tower. Meet some of the characters, look for clues and find special objects to complete your quest. The game is free and can be played between 11am and 2.30pm daily in half-term week (February 15 to 19). Your next history essay will blow your teacher’s socks off. Don’t forget also to download the new Time Explorers app for free, and go on an interactive adventure around the Tower of London. Search ‘Time Explorers’ in the App Store.