Ah, Valentine’s Day – the day all of London goes out for dinner and then some of them get to have sex. Here’s who you can expect to be sat next to as you enjoy a compulsory romantic meal on February 14.

You know the ones – hands held across the table, constant eye-contact and massive, passionate snogs like one of them is heading off to war or something whenever they nip to the bogs. Thankfully, they won’t be around long – she’s just done something frankly obscene with a spoonful of chocolate mousse and he’s frantically signalling for the bill.

Where you’ll see them: Some hot, new, high-turnover no-bookings joint, so they can get all this eating business over and done with and apply their saliva to each other instead. 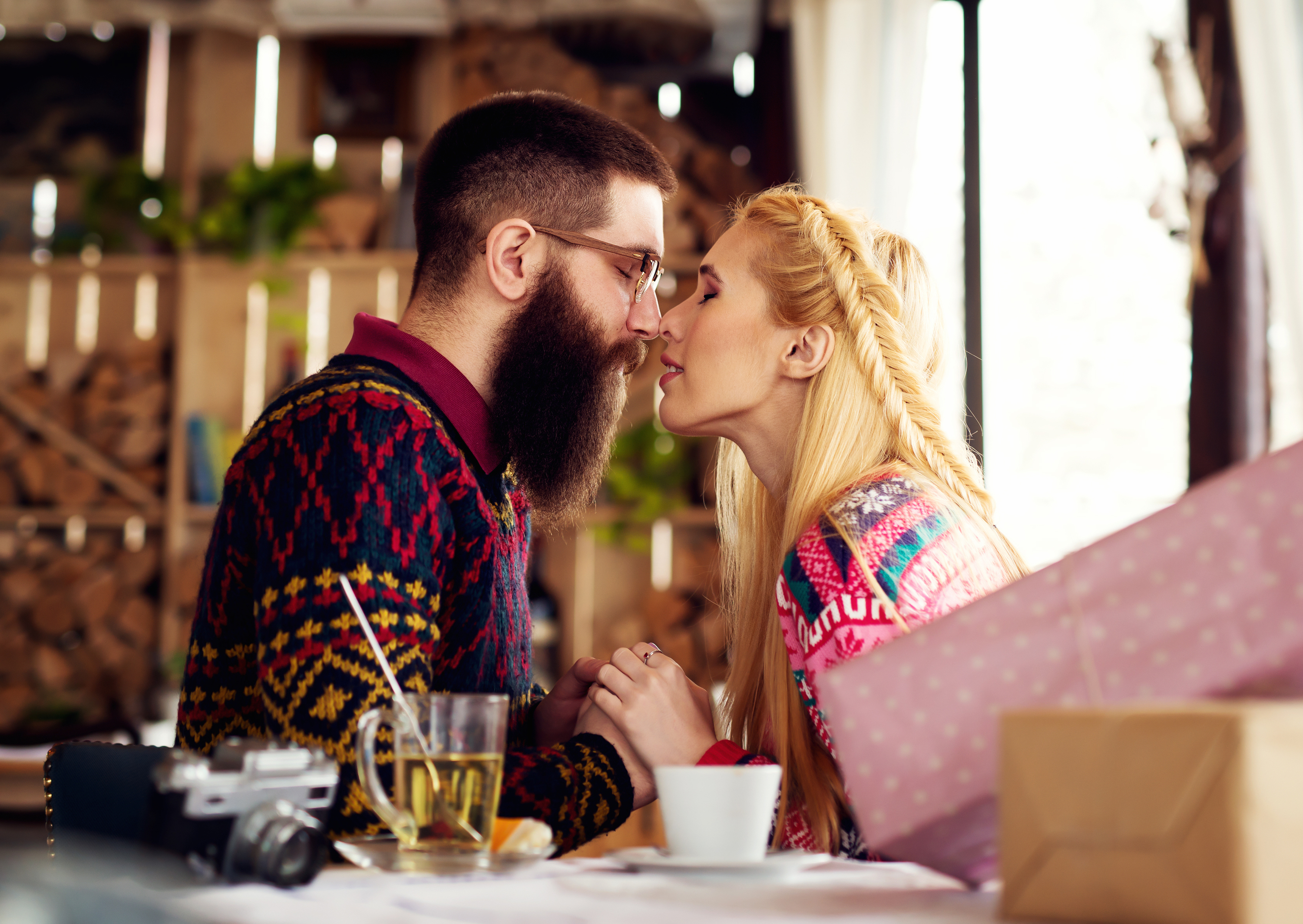 Like it or not, nobody's having better sex than these guys.Shutterstock

They’ve been together three months and four days now – a new record for both of them. Last week they even took the plunge and ‘made it official’ on social media. All of which means this meal is crucial – an opportunity to show each other their sophisticated sides by ordering the second-least-expensive bottle of wine and sharing food that doesn’t come in a foil tray. He’ll be paying, of course, especially after the excruciating bit where he asks the waitress to explain what ‘a la carte’ means.

Where you’ll see them: Somewhere pricey, posh and just a bit dull. 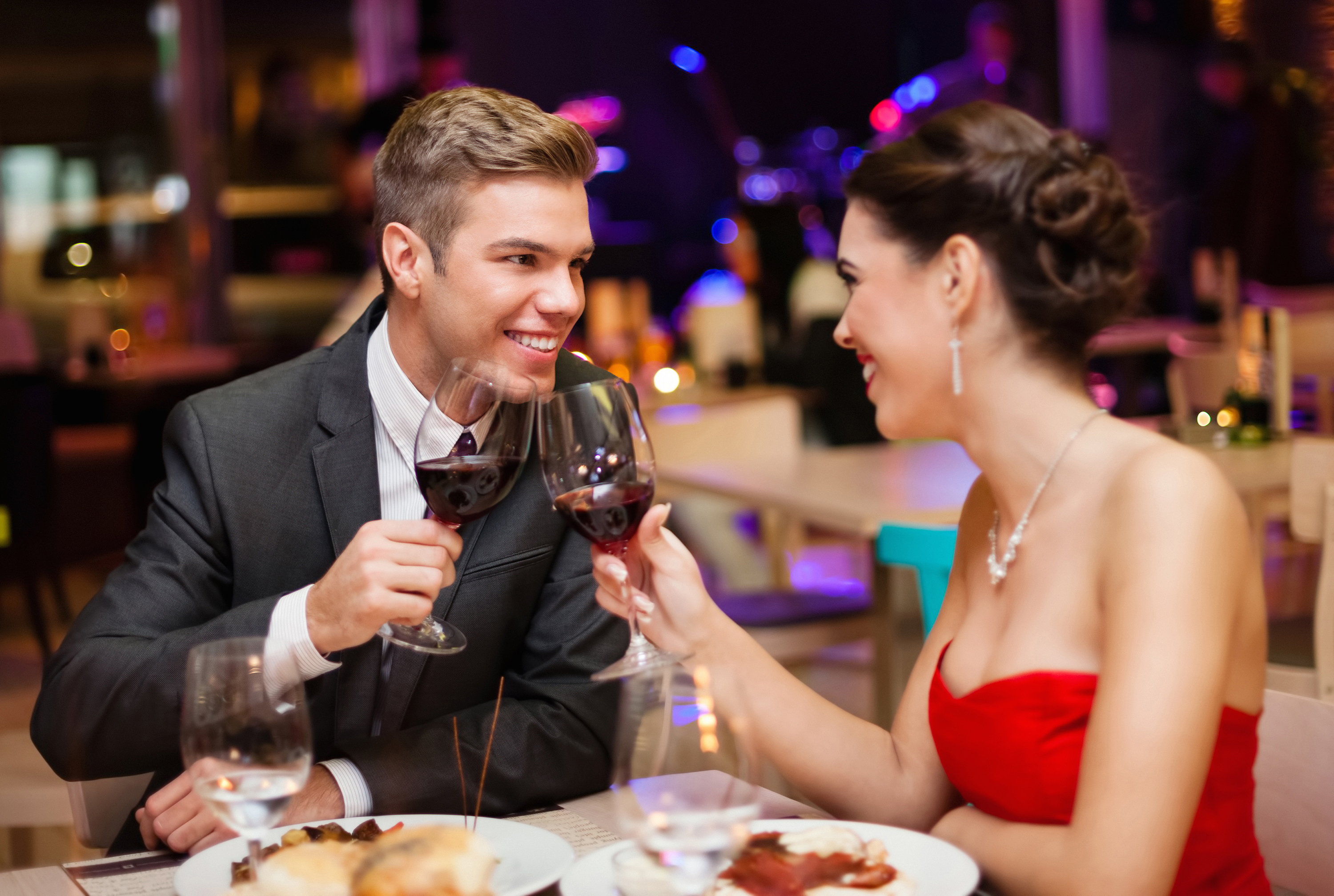 'This is delicious. I'm so glad your dad's paying.'Shutterstock

Where you’ll see them: Wimpy, or TGI Fridays, or Pizza Hut, or the Little Chef just off the M11 near Epping. Basically anywhere that’d looking fucking hilarious with an Instagram filter over it. Sticking it to the man, one post-ironic franchise meal at a time.Shutterstock

February again? God, better book something for Valentine’s Day – otherwise it’ll be frosty silences for months. Let’s not push the boat out, though – we had that meal at the nice local bistro just before Christmas and even that ended in an angry TripAdvisor review. Play it safe. Tick the box. Then back to a lifetime of chilly resentment.

Where you’ll see them: Anywhere that permits you to replace half your pizza with a salad because you’re feeling fat. 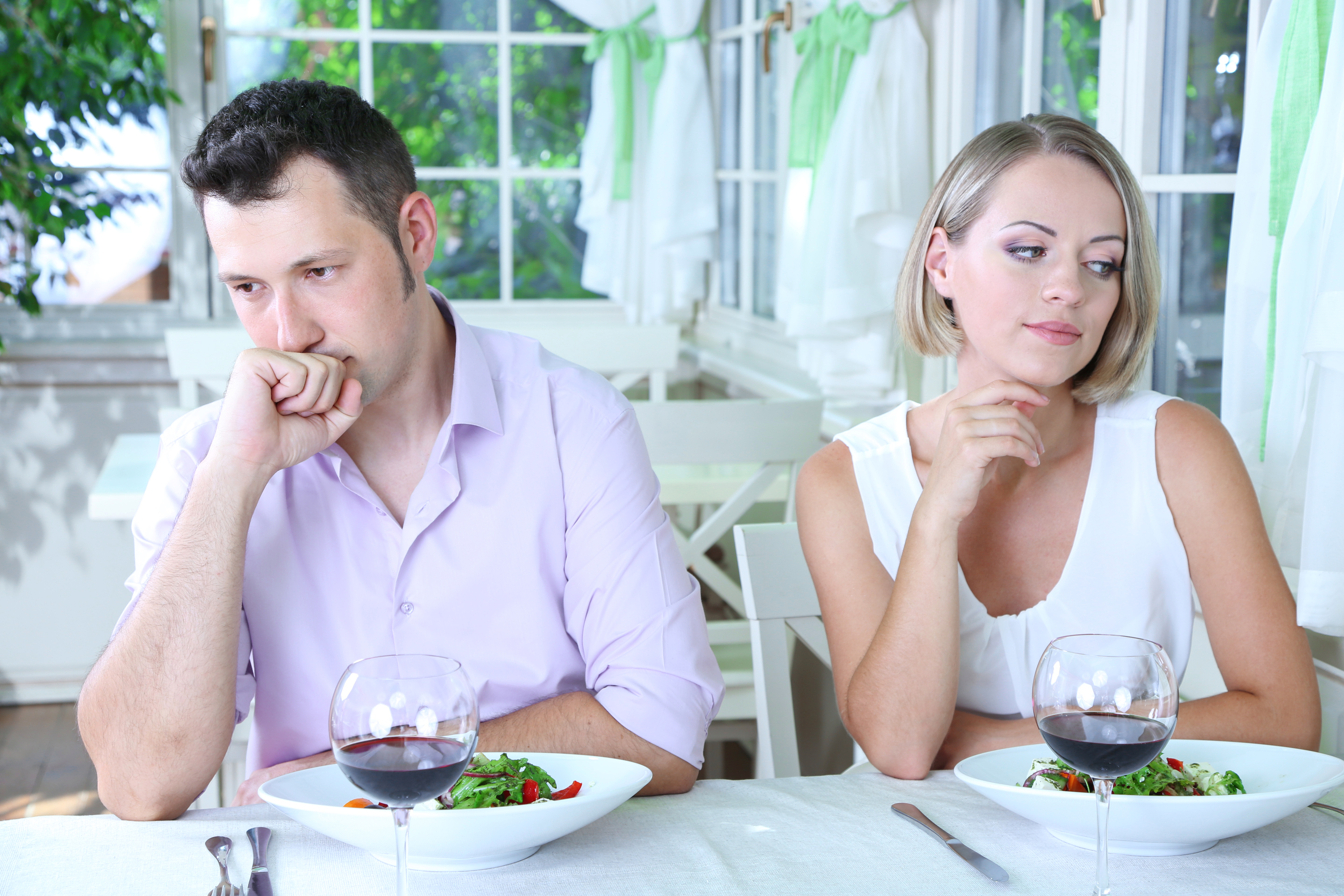 'I can't believe we're missing "Grand Designs" for this shit.'Shutterstock

Things got a bit complicated at Christmas when she found someone else’s tits on his iPhone, but, realising that moving out of their new one-bed flat would be a logistical bloody nightmare, they’ve agreed to ‘work through it’ and a calendar-enforced romantic meal is all part of the process. Whether they’ll still be together by summer is uncertain, but one thing’s for sure – they are DEFINITELY ordering the special heart-shaped chocolate dessert for two.

Where you’ll see them: Somewhere classy and polished, where nothing in the vicinity could potentially act as the perfect metaphor for their frankly knackered relationship. Probably Bob Bob Ricard. 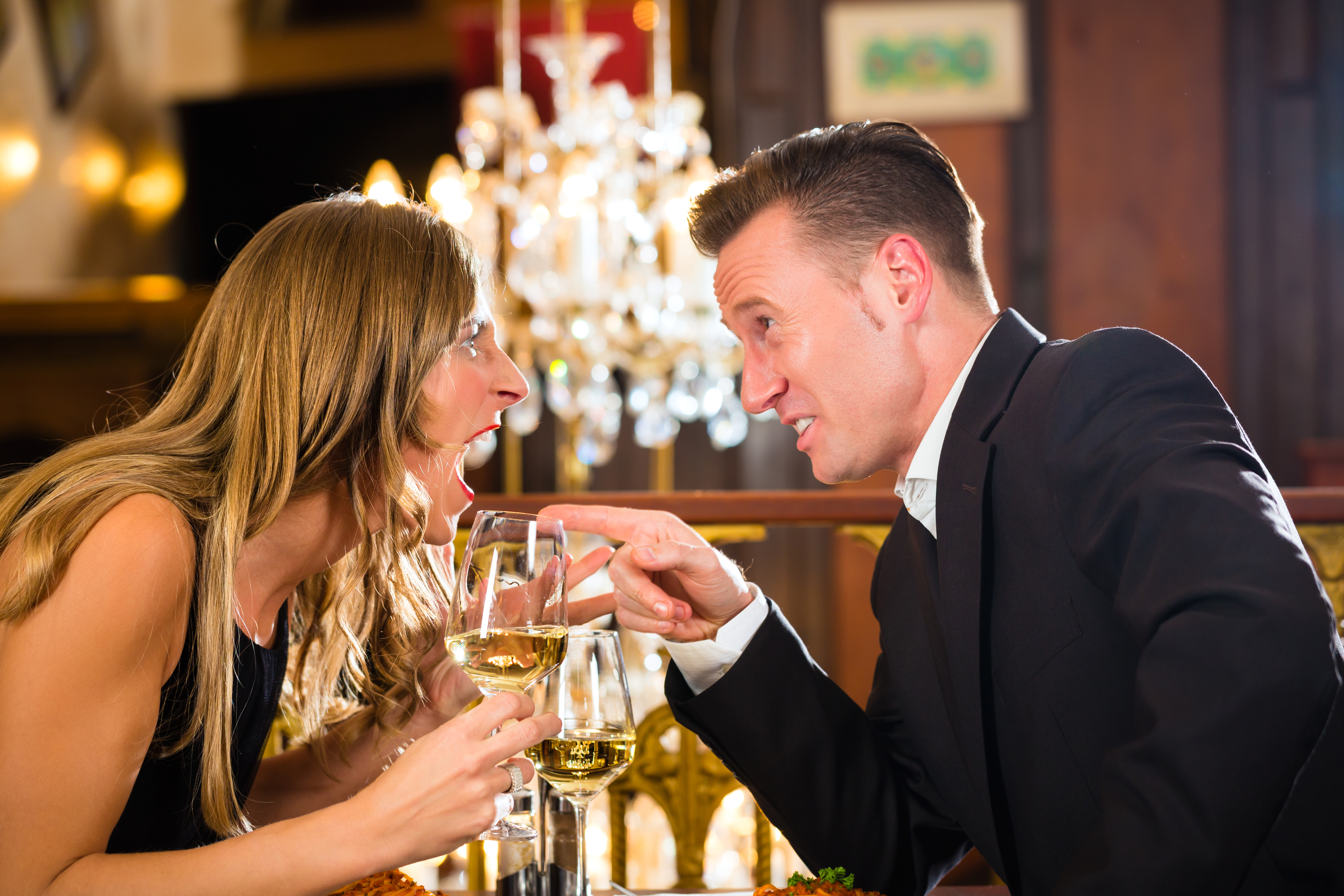 Will it end in sex, or separation? Either way, someone's going to be screaming.Shutterstock

The last 12 months have been a whirlwind of breastmilk and improbably viscous shit, but now, a year after surrendering their busy social calendar to the cruel whims of a permanently grumpy amalgamation of their DNA, it’s ‘us time’. The salad could have a waxing salon’s worth of pubes in it and they still wouldn’t complain, such is the fucking amazing time they’re finally having.

Where you’ll see them: Somewhere local – just in case the sitter calls to say junior’s caught on fire or something – and young, for the vicarious buzz of lives unspoilt by the burden of parenthood. 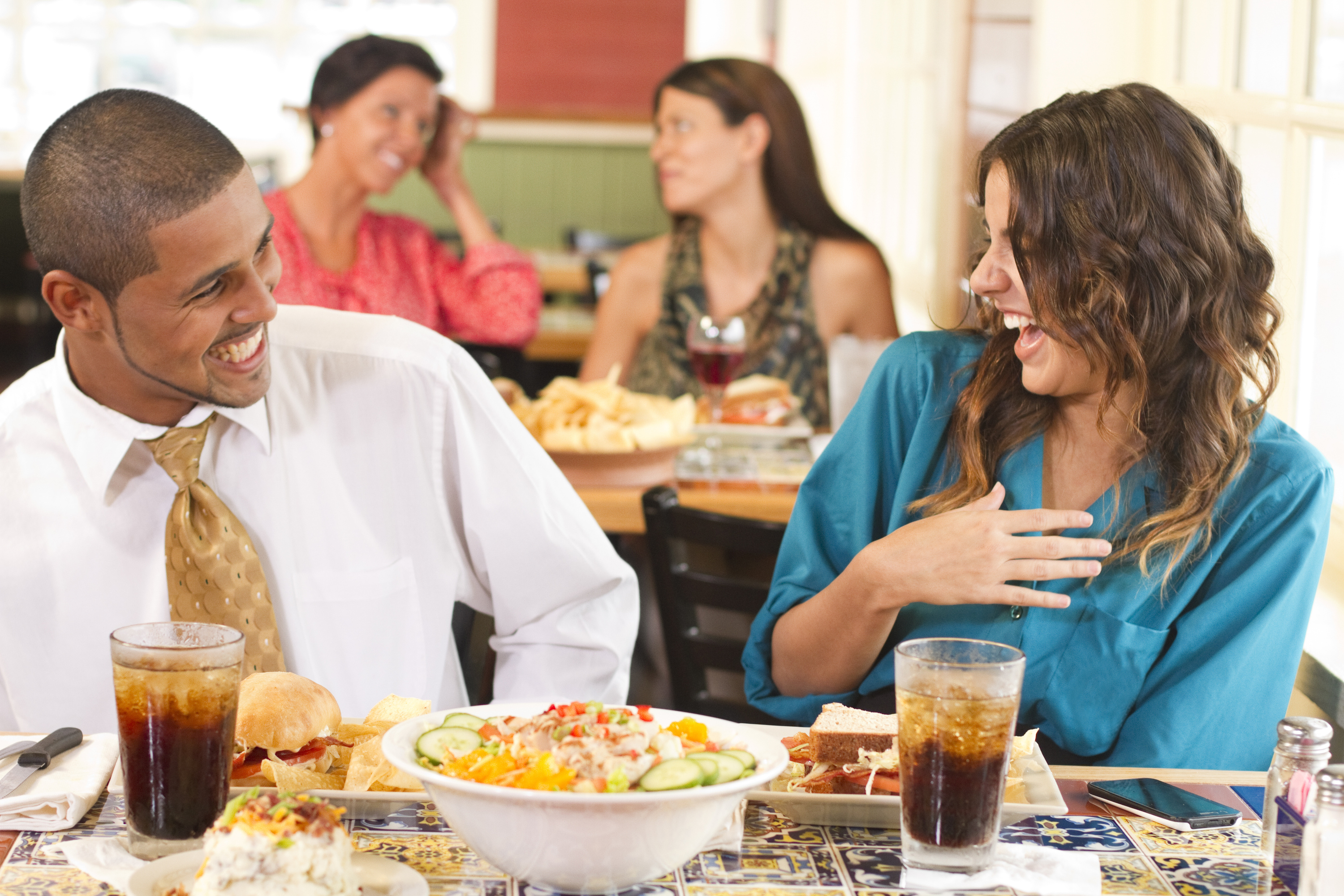 Easy on the Jack and Cokes, guys – remember how the last date night ended in fertilisation?Shutterstock

The couple who just can’t be arsed

A few years ago things were different – all roses and surprise bottles of champers. Today, they’ve fallen into routine, and Valentine’s is just another obstruction to a night on the sofa in comfortable trousers loling at memes. Thankfully, this is the twenty-first century, and escape from an actual personal encounter is only a touchscreen away. Thank fuck the waiter was happy to loan out his charger.

Where you’ll see them: Somewhere up high, with good mobile phone reception and a view they can pretend to be gazing at romantically when in fact they just can’t think of a single fucking thing to say to the person sat opposite them. 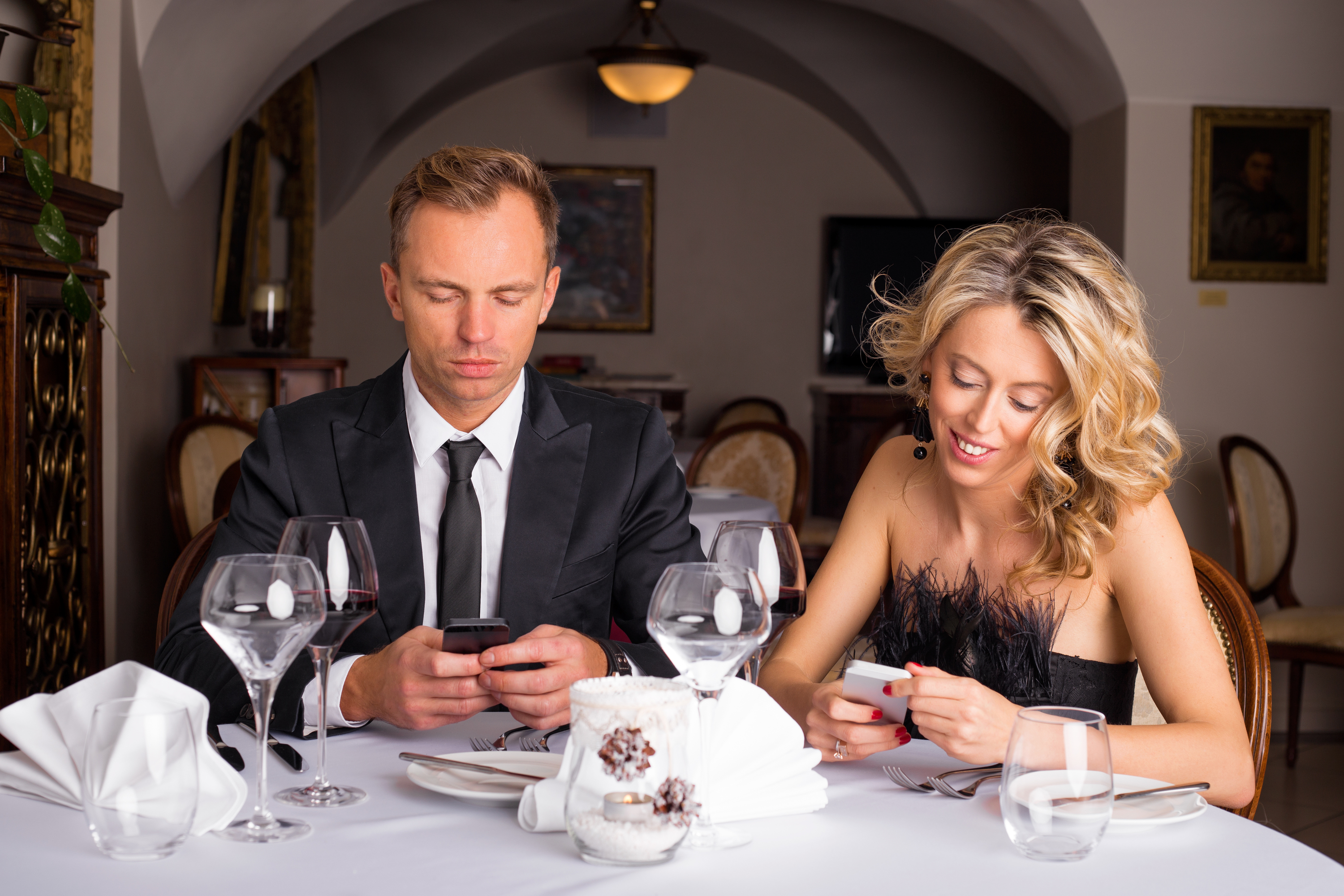 Time to book a table! Here's our guide to London's most romantic restaurants.