It happens every year: you spend your time juggling work and all the outstanding events Time Out has been recommending and run out of time to catch up on all the stuff you've been adding to your to-watch list on Netflix. Well, London, that time is now and we've got some newbies, golden oldies and quirky shows that you'll be wanting to make some room for in those catch-up lists. So fire up your laptops, sit back and chill. Finally.

If you're partial to a star-studded special, they don't come more twinkly than 'A Very Murray Christmas'. Directed by Sofia Coppola of 'Lost in Translation' fame, this hour-long variety style show makes a song and dance out of the festive period, with cameos from just about everyone in Hollywood, including George Clooney, Chris Rock, Miley Cyrus, Michael Cera and Jason Schwartzman. Plus Coppola's husband Thomas Mars and his French indie-rock outfit Phoenix play the chefs.

While 'Limmy's Show' isn't new (it was first was aired on BBC Scotland in 2010), it's never been broadcast in England before. All that time we've been deprived of sweary Glaswegian comedian Brian Limond's twisted sense of humour, which will likely grate with some, but have the rest in stitches. As creator and star of the show, Limond lets loose in a set of sketches about everyday life for different classes, interweaved with some really surreal bits. Now it's made its debut on Netflix, subscribers can watch the complete first series.

When you're craving something familiar, like a comfy old argyle jumper, reach out for Time Out cover star and everyone's favourite Norfolk dumpling, Alan Partridge. It's been almost two decades since the failed TV presenter graced our screens in 'I'm Alan Partridge' – that's long enough to rediscover all your favourite bits again. Both series are ready and waiting for you.

Animated viewing: 'F is for Family'

If you miss that effin' and blindin' horseman BoJack, have a go on 'F is for Family'. This new retro animated series, created by acerbic US comic Bill Burr, is centred around a dysfunctional family in the ’70s. Radical mum Sue (Laura Dern) has decided to go back to work and leave her foul-mouthed, chauvinistic husband Frank (played by Burr) to look after their three kids. There are only six episodes to devour, but don't binge on it or Frank's frightfully furious attitude might start rubbing off on you. 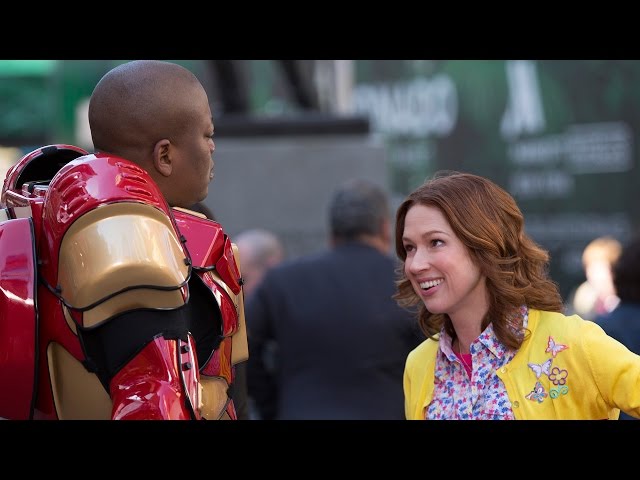 Unlike 'F is for Family', we honestly advise gorging yourself on this latest offering from comedy screenwriting goddess Tina Fey and fellow '30 Rock' dude Robert Carlock. 'Unbreakable Kimmy Schmidt' is so twee it makes you want to barf, except you can't because you're laughing so much. Basically it toes the line between neat and naff as the story follows the belated coming-of-age of former 'mole woman' Kimmy Schmidt (Ellie Kemper), who was locked up and brainwashed by a Doomsday cult leader (John Hamm alert) for 15 years. Now she's 29, sound of mind and trying to make her way in New York City with outrageous outcomes.

Prefer films to telly? Work your way through Time Out's 20 best movies of 2015.