London Festival of Cabaret: planting a flag in a minefield

The announcement of London's first cabaret festival has left grassroots performers up in arms. But could the fight be an opportunity in disguise?

Last week saw the announcement of the inaugural London Festival of Cabaret, scheduled to take place between October 22 and November 15 this year. You might expect such news to be accompanied by cheers of joy from London’s cabaret trailblazers – finally, a high-profile celebration of the form into which they have poured their hearts, and emptied their pockets, over the past decade! – along with vigorous promotion of their own shows within the programme.

The reality was somewhat different. The Twitter feeds of the grassroots scene’s leading lights buzzed instead with the likes of ‘oh dear’ (@DustyLimits), ‘WTF?’ (@MatRicardo), ‘are you freakin kidding?! I actually find this quite offensive’ (@MauriceMaurice of Bourgeois & Maurice) and ‘SOMETHING should be done’ (@SoFuckinSuave aka the Double R Club’s Benjamin Louche).

Why such animus? In a nutshell, to many of those who live and breathe the London cabaret scene, the London Festival of Cabaret is not very London, and it’s not very cabaret.

So what is it? It’s a series of shows by around 15 performers at a handful of London venues. The focus is exclusively on singers with repertoires drawn predominantly from musical theatre and ‘the songbook’ (as the reservoir of canonised musical standards is known). Names like Janie Dee, Maria Friedman and Elaine Paige are familiar to West End show-goers, while the likes of Michael Feinstein, KT Sullivan and Steve Ross embody the classical model delivered at high-end New York hotel cabaret rooms.

The festival also features Kit & McConnel and Barb Jungr, superb British acts who came up in the salad days of alternative comedy and variety (before the stand-up juggernaut got going) and continue to deliver the goods brilliantly.

What the London Festival of Cabaret doesn’t feature is any of the literally hundreds of performers who have sweated blood over the past decade to breathe new life into the form.

Cabaret's last London glory days were back in the '60s, with Sinatra and Garland smashing residencies in West End rooms like The Talk of the Town at the Hippodrome, performing in the mode championed by the London Festival of Cabaret. But the form declined, its associations shifting from A-list excellence to musical-theatre cliquery and mediocre variety, the perception growing that it had little to tell us about how we live now – a perception that clearly retains currency for certain TV talent-show judges.

But since the turn of the century, something extraordinary has happened in London’s underground performance world. A number of scenes bubbled into life, some coming out of obvious traditions, others more radically mutant. New schools of musical character comedy, burlesque, drag, satire, circus, variety, magic, clown, dance, live art and moving-image-based performance erupted across the city, each with its own terrain but also with borders onto multiple other forms.

In terms of subject matter, the work was often interested in bodies, genders, sexuality and identity. In formal terms, what united it was not its musical sensibility but its disavowal of the fourth wall; its desire to entertain and provoke by exploiting the unique alchemy of a certain group of people in a certain room on a certain night.

The name these performers gravitated towards – and salvaged – was cabaret.

These are artists who create work on their own terms, under their own steam, out of their own passion. Collaboration is a practical necessity and a creative boon, catalysing all kinds of exciting cross-fertilisations and forging a unique sense of shared enterprise. This camaraderie is encapsulated in the term 'cabariot', a term coined to define the righteous collective wrath unleashed by a slur against the form.

Gary Barlow knows about this all too well – his use of 'cabaret' as a pejorative on 'The X Factor' earned him a personal response from an ensemble of scene stars in the form of the wonderful ballad 'Too Cabaret'. Such rebuttals are delivered tongue in cheek, of course, but they stem from reservoirs of genuine and well-earned pride.

Many cities around the world now have thriving cabaret scenes but London cabaret is special. Perhaps I’m biased – I edit Time Out London’s cabaret section, after all – but I don’t believe anywhere else rivals our town for the breadth of work executed in such a huge range of forms to such a high standard, with so consistently powerful and progressive a combination of formal innovation, savvy humour, technical prowess and audience engagement. Little wonder the scene’s performers are regularly invited to collaborate with the UK’s most prestigious cultural institutions, and to play venues all over the world.

The success of this grassroots community was key to the opening of three impressive new London cabaret venues last year, all of which are largely dedicated to work closer to the classical model: Crazy Coqs at Cabaret Zedel, the St James Theatre Studio and the Matcham Room at the Hippodrome Casino. The last of those three stands on the stage of The Talk of the Town; the first two are hubs for this autumn’s festival. All have connections to the wider cabaret scene as well as the West End.

Today, then, London cabaret is both a proud, thriving community and a hugely successful international brand. The hundreds of performers, producers and others who have made the scene what it is feel a justifiable sense of ownership over the phrase ‘London cabaret’. This, I believe, is at the root of their indignation about a new festival that uses what they see as their name but doesn’t acknowledge their existence.

Nor, presumably, does it help that the programme that finds room for TV comedian and ‘cabaret virgin’ Alexander Armstrong and West End singers Shona White, Shona Lindsay and Shonagh Daly, none of whom has notable experience in cabaret of any kind. It’s less a matter of whether these or any of the new festival's shows will be good – many will be fantastic – than the neglect of those whose calibre has been proven time and again.

Back to Twitter: ‘We, as a city, have so much to offer. A shame and a missed opportunity’ (@LeGateauChocolat); ‘It’s like having a London Football Festival and not inviting Chelsea or Arsenal’ (@lili_la_scala).

To call a selection of songbook singers, however talented, the London Festival of Cabaret is to ignore the huge sea change that the form has undergone in recent years. It’s not that songbook singers don’t have the right to use the word ‘cabaret’; but they no longer have exclusive rights, if they ever did.

It's also worth considering the meaning of 'cabaret' outside the scene itself, now that mainstream awareness of the form's new dynamism is growing. Offering only a fraction of what’s out there, and nothing from the scene that helped make cabaret a credible term once more, this festival risks misrepresenting to a curious wider audience the frequently radical character of contemporary cabaret. At best, this seems ignorant or insensitive; at worst, it could come off as a kind of cultural gentrification. With predictable alacrity, Twitter discourse has degenerated to the point of basically yelling ‘fuck off, fascist!’


The Boy considers himself in the Cabaret world and in that world @LonFestCabaret seem to be playing the part of the BNP.

The festival's Twitter feed, meanwhile, hasn't known where to look. Obviously blindsided, they've responded to the backlash with an increasingly desperate stream of platidtudes that brings nothing to mind so much as a junior minister foundering on 'Newsnight':


Thanks to all on your comments & thoughts. This first inaugural season is unashamedly Songbook, and we salute all flavours of great cabaret!

London has a wealth of venues, artists and events offering a rich and diverse programme appealing to all styles, tastes and flavours.

Now, my guess is that, in announcing this excellent-looking songbook season as the London Festival of Cabaret, there was no intention to offend or exploit. It seems more likely that, having somehow missed the memo about the revolution, they've planted their flag in a minefield.

They've provoked jealousy, in the proper sense of protective vigilance. And yet, the fact is that there was no London cabaret festival already in existence at a community level for the new event to usurp. There are plenty of reasons for this, but the lack is plainly felt now that others have taken it upon themselves to supply it.

So here’s a modest proposal (not that I am the only one to suggest it). Why not have a parallel London Cabaret Festival, made up of grassroots acts and venues, running in tandem with the London Festival of Cabaret? All the regular venues – from Volupté to the Bethnal Green Working Men’s Club, The RVT to Madame Jojo’s – could dedicate a couple of nights over those three weeks to LCF shows and use them to show off what they do best.

Perhaps entry could even be gratis, on a Free Fringe model: new audiences would be more likely to try their luck and there's always the bucket on the way out. As the point would be to use what's already there, additional costs should be fairly low – scheduling, publicity etc – and could perhaps be met via Kickstarter contributions. There could even be a fuck-off big Halloween party in the middle.

There's no reason why the two festivals shouldn't complement rather than compete with one another. They could even cross-promote to the benefit of all involved: audiences would have the widest possible menu to choose from while artists of whatever stripe might chance across work they'd never otherwise see, with who knows what results? Summer's indignation could become autumn's inspiration, winter's collaboration and spring's creation. Jealousy, on the other hand, has few children.

Cabaret, at its heart, is about the intimacy of small rooms. But it's big enough for all who love it.

See the latest cabaret galleries on Time Out 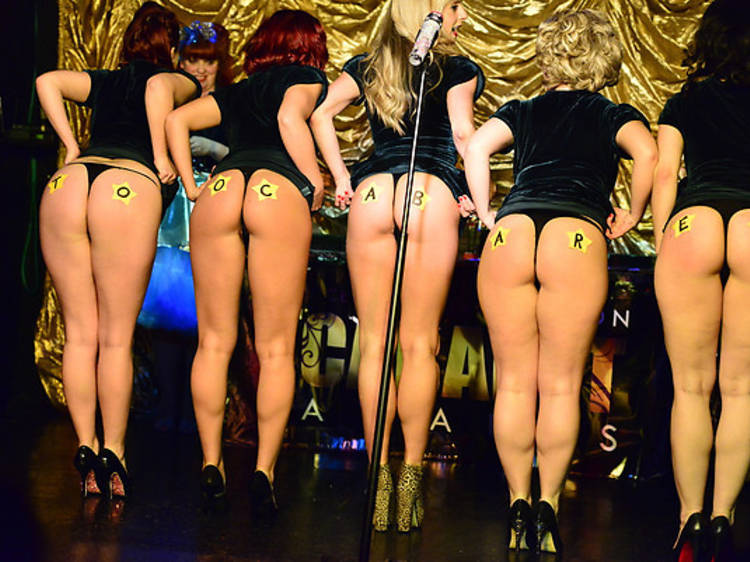 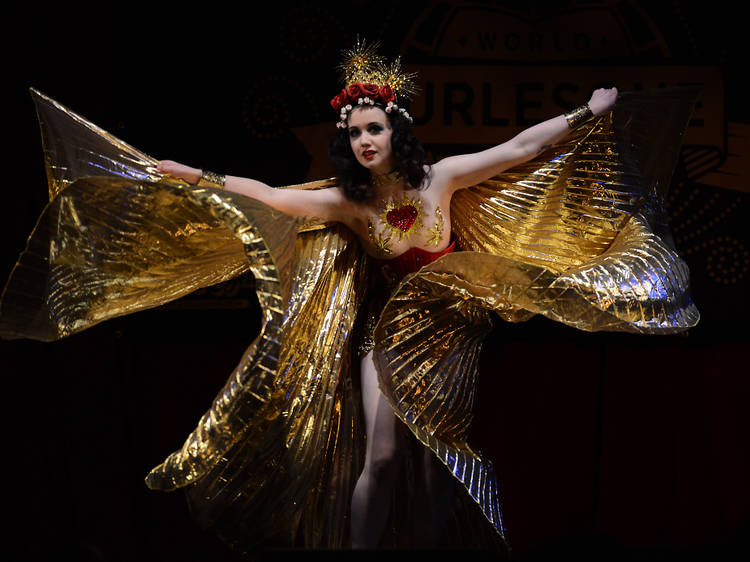 A decade of decadence

Chaz Royal celebrates his ten-year anniversary as a cabaret producer 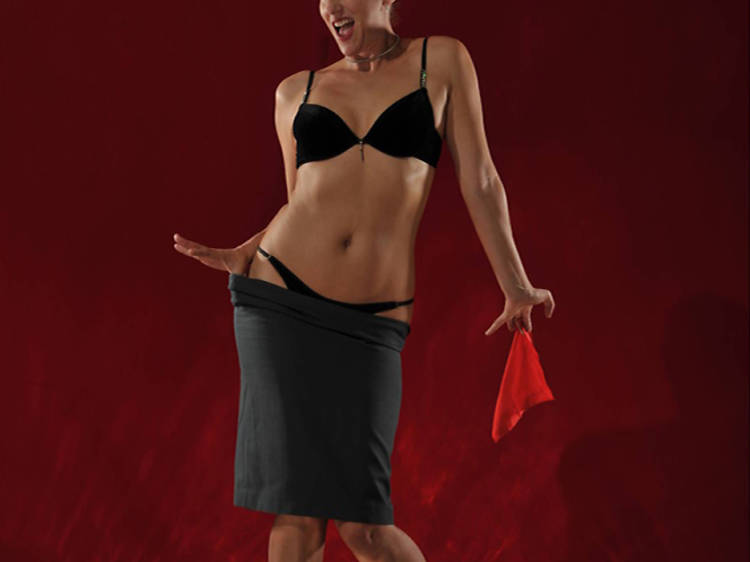 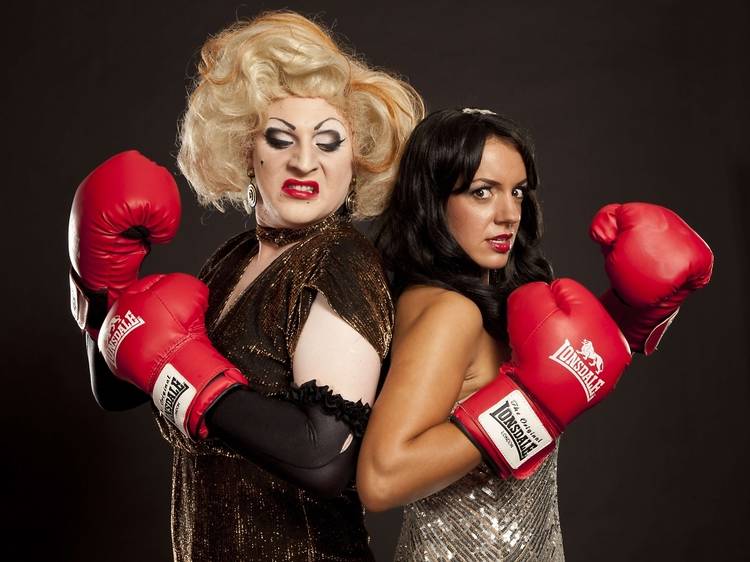 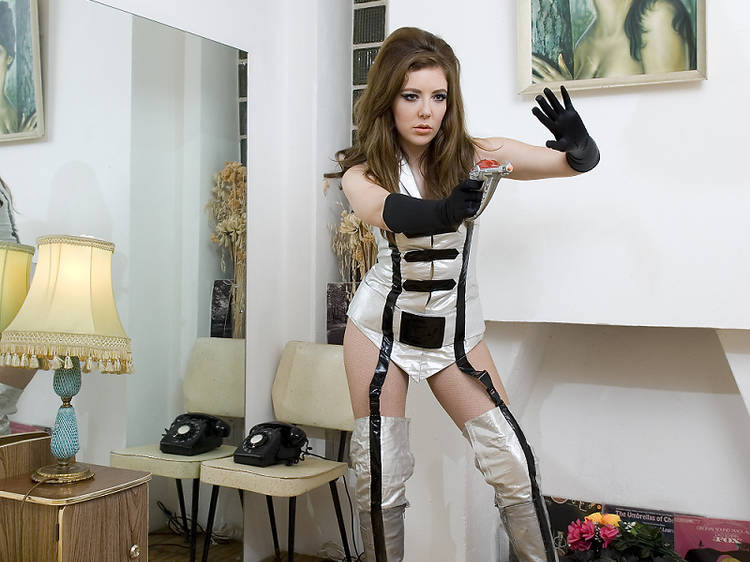 Check out some amazing photos from new book 'The Domestic Burlesque' 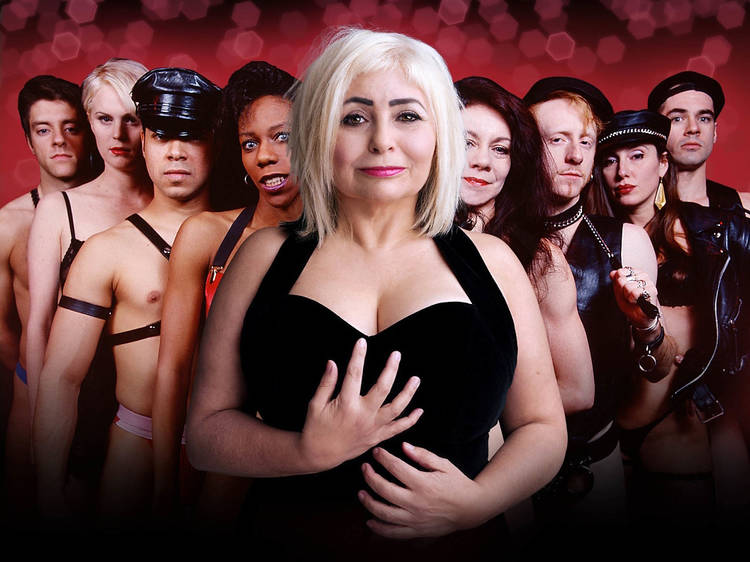 Penny Arcade shares her photojournal of her time spent in London