Can a Twitter mistake really ruin a life? As his new book is published, journalist and documentary filmmaker Jon Ronson explains the problem of social media shaming

After all, to gawp and dazzle at such pictures is one of the more delightful aspects of the social media age. But Ronson – author of several thought-provoking and hilarious non-fiction works including ‘The Men Who Stare at Goats’ and ‘The Psychopath Test’ – is here  to talk about the other side of social media – the darker side. The side detailed in his new book ‘So You’ve Been Publicly Shamed’ which sees our intrepid reporter plunge headlong into the world of online shaming, where trolls and self-appointed moral judges (i.e. everyone on Twitter) run amok.

As Ronson shows, for the online shamees caught up in these firestorms of righteousness the real life consequences can be horrific. For the crime of posting crass jokes on social media ordinary citizens like PR professional Justine Sacco and charity worker Lindsey Stone have suffered character assassinations, firings, depression and even post-traumatic stress disorder – something usually associated with soldiers returning from front-line combat. In part, then, the book is Ronson’s crusade to expose this injustice to the world.

It marks a shift from his early career when the Cardiff-born writer, who lives with his family in New York, had a bit of a reputation as a smiling assassin: the friendly scribe only too eager to help his subjects put their foot in it. But nowadays his approach is different. ‘I haven’t got the stomach anymore for hanging people out to dry,’ he tells me, ‘for doing any kind of non-fiction that doesn’t involve empathy’.

Despite this new-found seriousness, Ronson’s observations on the latest, digital chapter in the human comedy remain as sharp and as funny as ever. Here he is to explain more.

The book begins with you discovering a fake Jon Ronson Twitter account – was that the first step on your journey?
‘It was certainly one of the triggers. Basically I “accidentally” typed my name into Google and discovered this other Jon Ronson existed. And he was tweeting about his love of soirees and fusion cooking! The sort of things I’d never tweet about. I found it quite unnerving. You spend your life deciding what kind of human being you are and suddenly there’s this other Jon Ronson taking it all away.

‘So I emailed, asking the people who created it [cyber academics from the University of Warwick experimenting with Artificial Intelligence software] to take down their Jon Ronson spambot. They said, “it’s not a spambot it’s an infomorph.” I said, “If you won’t take down your spambot, then maybe we can meet and you can talk to me about the rationale behind the spambot.” So we met. And what one of the guys said to me was chilling: basically he couldn’t understand why I was annoyed, because the Internet is not the real world. And I think what my book shows is the Internet is the real world. And when someone gets destroyed on the internet their real life can be destroyed too. We’re like toddlers crawling towards a gun. We’re ruining people and we haven’t thought it through.’

What else motivated you to write?
‘I’ve spent my life reporting on people who have made mistakes, damaged people, troubled people, and you find over and over that humans are not defined by their mistakes. That’s why social media can be so dangerous because we’re seeing people as one-dimensional demons. Quite often in my previous books, I’ve written about the powerful – like the pharmaceutical industry in the “Psychopath Test”, which reduces people to labels for their own ends. And everyone agrees that’s bad – and those same people are doing it themselves on social media.

‘Take Lindsey Stone, her joke landed badly [Lindsey was pictured mock-shouting and flipping the bird next to a “silence and respect” sign at a US military cemetery]. It destroyed her life for a year and a half. Nobody had said to these people “I want to tell your story the way it should be told’. It’s because we’re scared to go against the tide of social media.”

The strange thing is the impulse to shame often comes from a good place. Like the desire to confront sexism, say. A good example is the tech conference incident: Hank whispers a naff joke about ‘big dongles’ to his friend, Adria hears it and takes offence, posts something on Twitter and the whole thing snowballs.
‘Yeah, everybody involved in that shaming is doing it for social justice reasons. So Adria feels that in calling out Hank she’s a calling out a greater truth: that privileged white men don’t know the effect they have on other people. The trolls think they’re doing the right thing because they feel Adria robbed Hank of his employment – so they wanted to get back at her. Everybody involved in that story feels the urge to be a good person – and it’s carnage all round. Everyone is broken by the experience; especially Adria, she has it worse than anybody. I mean, I’m on Hank’s side. Nobody wants to live in a world where you can’t make a dongle joke! But by the end of the story, Hank’s okay, he’s got a new job, but Adria’s unemployed and subjected to death threats. So Adria’s view of the world feels vindicated.’

It seems like public shaming can be especially tough on women.
‘It’s true. If you’re about to be publicly shamed, be a man in a sex scandal. That’s the best one! I said that to Max Mosley when I had dinner with him the other night, and he agreed. He accidentally handled [the story of his S&M orgy, reported by the tabloids to be Nazi-themed] with aplomb. There’s a line in the book where I say: “maybe our shame worthiness lies in the space between who we are and how we present ourselves to the world”. One lesson if you’re going to be shamed is to just immediately admit it.’

One of the funniest chapters in the book is about the Chicago-based shame eradication workshop – tell me about their techniques?
‘At their workshops you’re taught to be radically honest about yourself, about your perversions, about your secrets. And also radically honest about what you think of other people. If someone pisses you off, tell them. Don’t keep any secrets from anybody. If you fancy your best friend’s wife – tell them both. In this perfect world there’ll be no shame because everyone will be open with each other.’

And did it work?
‘No, it was a disaster! When I was at the workshop, everyone just yelled at each other and got really upset.’

What was the oddest thing you heard?
‘My favourite is something my friend heard when she went to a workshop. This is during the part where you’re asked to tell a secret about yourself that you don’t want people to know. So the first person says, “my secret is I haven’t paid any tax in ten years.” And everybody nods, wishing it had been more sensational. Then the next person says, “I once murdered a man”. Then the third person says, “My secrets are so tame in comparison to the last guy. I mean, I suppose I could talk about how I have sex with my cat…” there’s a moment’s silence. And then the murderer puts up his hand and says, “I’d like to add something to my secret: I also have sex with my cat.” The murderer was pissed off because he’d been upstaged!’

These days, of course, you can put your murdering, cat-sexing past behind you at www.reputation.com. Their services help a person restore their online credibility, right?
‘Only if you’re rich. Their service is so expensive, like hundreds of thousand of dollars.’

I suppose you could do what they do yourself: flood the Internet with bland pronouncements about your social life and push the bad stuff down the Google rankings.
‘But isn’t that terrible? Much like the Stasi, we’ve created for ourselves a system where the smartest way to survive is to be bland. People are fearful. We aren’t anywhere near as risqué on social media as a few years ago, when it was all about telling the truth about yourself to strangers on the Internet. This wonderful, radical de-shaming exercise. A person would disclose personal secrets that had haunted them for years, and the other people online would say “Oh my God, I’m exactly the same!” But now all we do is talk about how much we’re looking forward to Lady Gaga’s new jazz album.’

Has it affected your own social media presence?
‘Definitely. We all do it. All this time we were worried about the US government creating a surveillance society to spy on us. But we’re far more likely to be destroyed by each other than the National Security Agency. I’m not scared of the NSA – but I am scared of my fellow Tweeters!’

‘So You’ve Been Publicly Shamed’ is out now in hardback through Picador (UK), £16.99 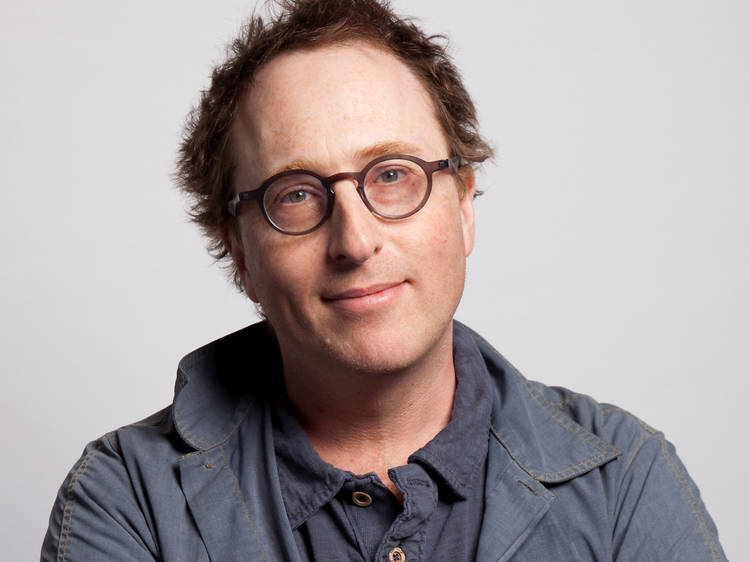 Jon Ronson interview: ‘My thing is about trying to work out why people behave the way they do’

We talk to the journalist and documentary filmmaker about his (fictional) directorial debut, ‘The Dog Thrower’