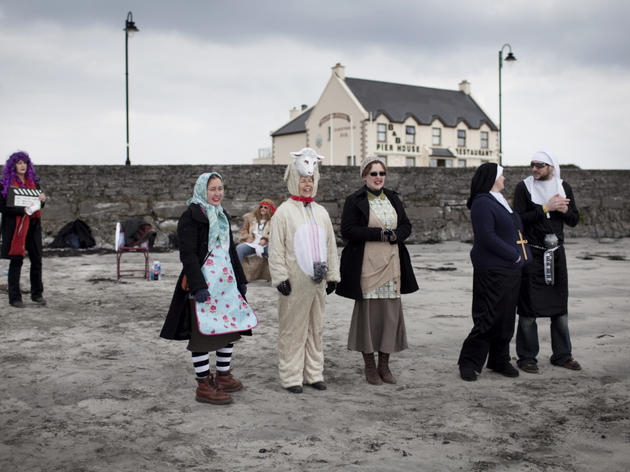 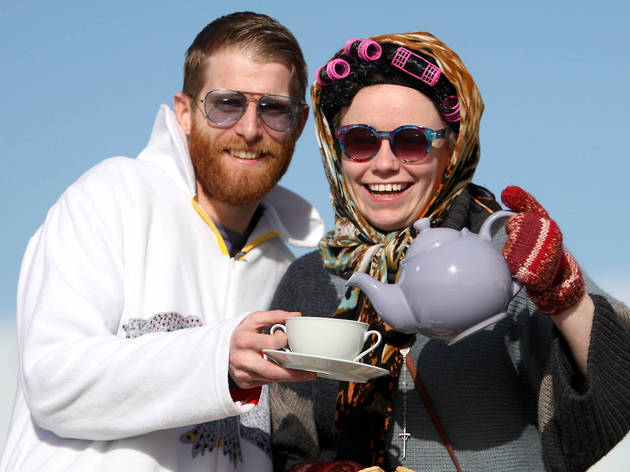 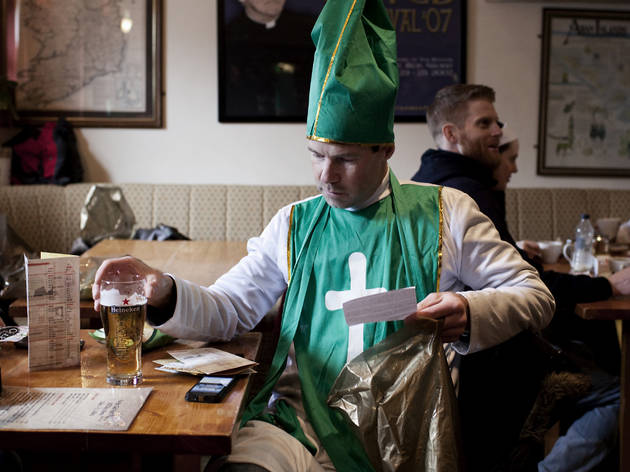 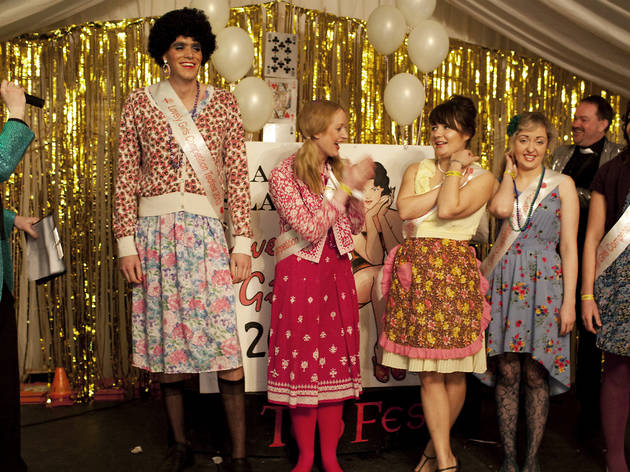 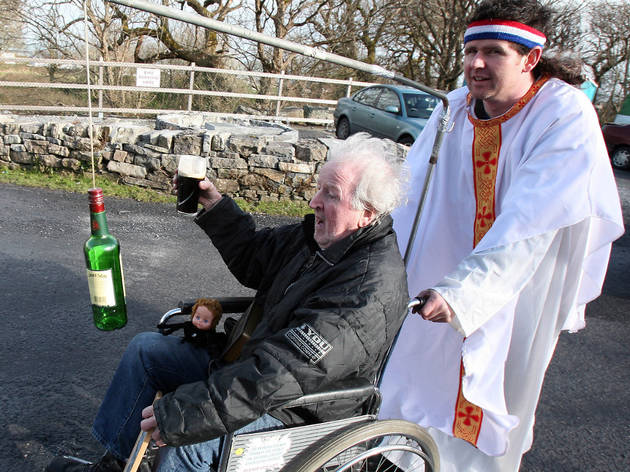 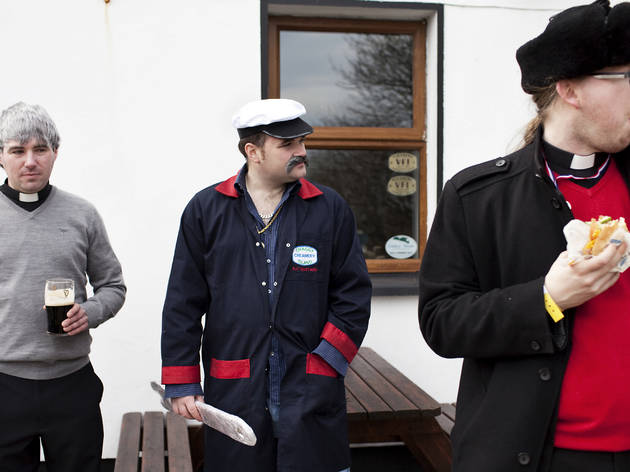 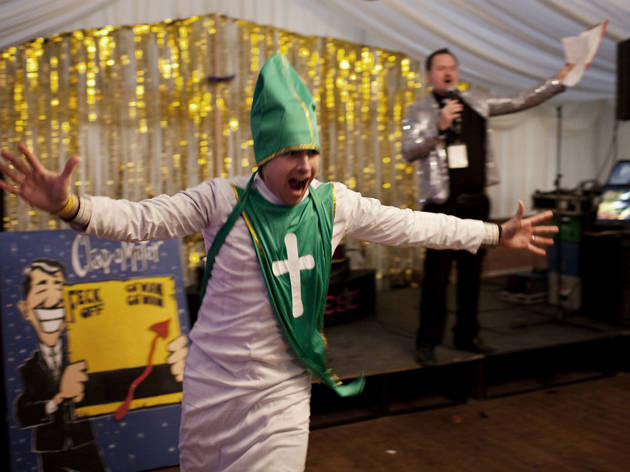 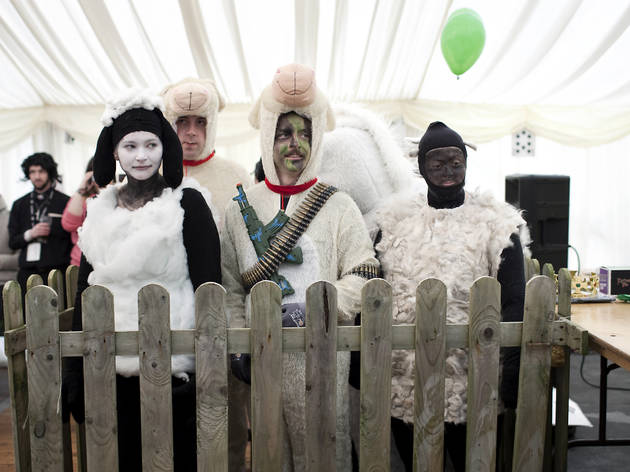 8/8
© Adam Patterson
Advertising
Want an excuse to dress up as a priest and shout ‘feck’ among likeminded eejits? Ah, go on.

‘Father Ted’ festival Tedfest started on the Aran island of Inis Mór – the actual Craggy Island – back in 2007. Since then it’s grown into a hugely popular annual party. ‘The premise was always to make it the opposite of a TV convention,’ says Peter Phillips, head honcho of Tedfest, which features a packed schedule of ludicrous activities. But it’s the attendees who make it so much fun: ‘It’s a peculiar type of person who chooses to dress in clerical clothing and fight their way out to the far end of Galway Bay in February,’ he says.

But now Tedfest’s heading to the mainland. A day-long party hits the London Irish Cultural Centre this week and a 60-minute version plays a month-long run at the Edinburgh Fringe in August. So, what can you expect at Tedfest London? Here Phillips describes a handful of the holy activities.

In the episode Ted pays a visit to Father Finnegan – the Dancing Priest – who’s busting moves in his living room and asks Ted to join him. ‘Come on, Ted, prayer isn’t the only way to praise God, you know,’ he says. ‘All right then’, Ted replies, and they both have a boogie.

At Tedfest ‘This was made up by a gang at Tedfest a few years ago. We knew nothing about it until it appeared on YouTube. We now run it like those Dust Bowl Depression dance marathons, where competitors have to dance for as long as possible, to a loop of “Beatnik Fly”.’

In the episode Ted is asked to judge Craggy Island’s annual Lovely Girls competition, with rounds including ‘walking’ and ‘laughing’. The prize? A meal with Ted at the island’s ‘top secret’ Thai restaurant.

At Tedfest ‘This is the closest we get to the actual programme. Rob Morgan, the son of Dermot Morgan [who played Ted], always hosts. Each Lovely Girl has to tell him why they are lovely and demonstrate a talent. They are then asked to walk through traffic cones to show off their lovely bottoms. In the event of a tie we go on to the Loveliest Laugh.’ 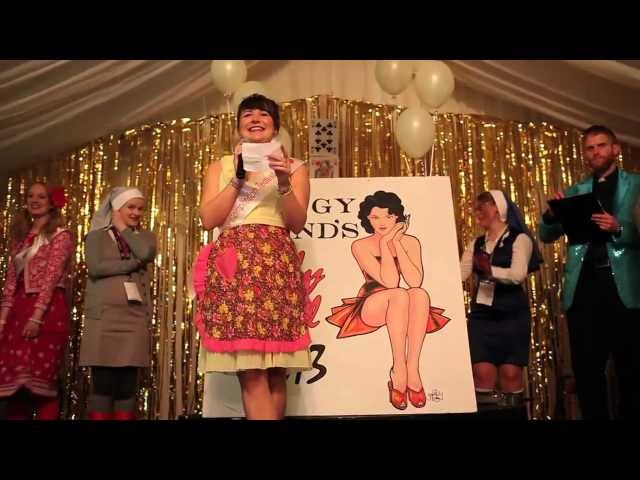 In the episode It’s the annual ‘All Priests Stars in Their Eyes Lookalike Competition’, but Ted, Dougal and Jack have all had the same idea to dress as Elvis. They come up with a cunning plan to use their trio of Presleys to beat their hated rival, Father Dick Byrne.

At Tedfest ‘“Ted’s Got Talent” was a desperate way to fill an hour when a band missed the ferry, but it’s become a major part of Tedfest. My joint all-time favourites are the girl who performed “traditional Irish pole dancing” and the guy who read a rap version of “Ulysses”.’ 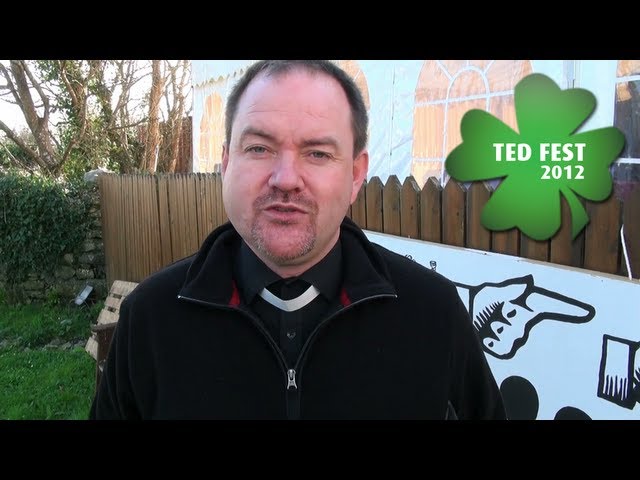 In the episode Ted receives a visit from three bishops who have come to upgrade the island’s ‘Holy Stone of Clonrichert’ to a ‘class two relic’. Dougal gets a bit confused between bishops and fumigators, so to change the subject he challenges Ted to a game of Buckaroo, ‘the sport of kings’.

At Tedfest ‘During a long night in the Celt pub in Dublin one of us just said “Human Buckaroo” and we thought it was the funniest thing ever. The rules are genius. Two people dress up as a pantomime horse and their teammate – “The Piler of Shite” – hooks random items on to plastic hooks attached to the costume. The horse then completes a circuit through traffic cones with the winner judged on the number of items still hooked at the finish. We are applying to the Olympic organising committee to have it recognised as an official sport.’

Tedfest is at the Edinburgh Fringe, Jul 31-Aug 24.