Advertising
West Bromwich's comedy superstar Frank Skinner is currently back on stage for the first time in seven years. So, given the opportunity to have a quick chat with the 57-year-old stand-up, we asked him the five most Googled questions about himself. Apparently a lot of you have typed 'Is Frank Skinner ill?' and 'Can Frank Skinner swim?' into a search engine. Well, finally, here are the answers you've been looking for. 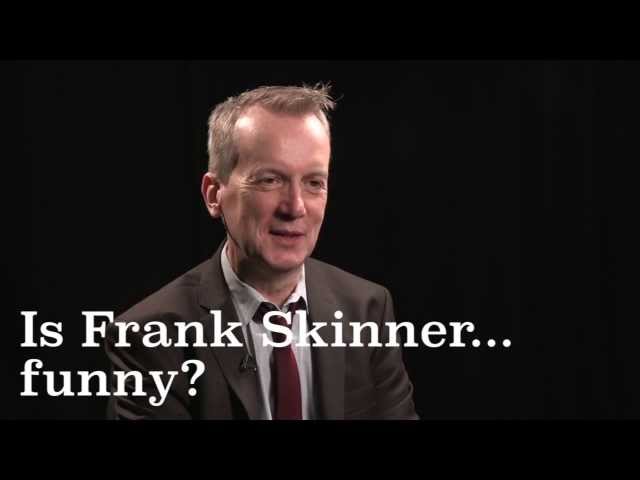 Is Frank Skinner… Catholic?
'That is second only to "Is the Pope Catholic?" I think, because I do go on about it a bit. I am a Roman Catholic, yes, with all that that entails of strangeness and belief in transubstantiation. Even though I think it's a very, sort of, non-religious age, people are quite interested in it, the way people are interested in UFOs, so they do ask you about it because they're interested in… People like weird stuff.'

Is Frank Skinner… funny?
'It's a fairly page one approach to looking me up. I think I'm the funniest man on the planet. I think if you're a comedian and you don't think you're the funniest person on the planet it must be very difficult to step on stage. But I think that my truly, brilliantly funny moments are often unrecorded, they're shared with friends, tradesman…'

Is Frank Skinner… married?
'I have a child with my girlfriend, and I think having a child is a bigger commitment, probably, than getting married. But I have asked her to marry me and she's refused, I think, on four occasions. After a bit it gets a bit humiliating. It's often, if you look up any celebrity, you see the word "married" or "husband", so I think people are fascinated by what sort of person you hang out with. But it may be people thinking, "Is there a chance?" I doubt it, though. Unless it's a very old search.'

Can Frank Skinner… swim?
'I had… I learnt, for Sport Relief, as a sort of a spectacle. So whereas people were doing things like swimming the Thames, I had to do a length, which to me felt like a bigger deal, to be honest, because I am very frightened of water. I was hoping it was going to be a new found passion, but I never completely overcame my fear of water. So I have… When I go in the water now I have to do quite a bit of preamble before I start swimming. I have to do a bit of walking up and down and getting used to my space, which is what I was told to do. And people stare. If a man's walking lengths, people… They think you're coming back from a major injury.'

Is Frank Skinner… ill?
'Is that because…? I wonder why people look up am I ill? Is it because I…? It must be that I look ill. I think if you're over 50 and thin in showbusiness people probably think you've got some terrible killer illness, don't they? I moved into a new house which has got, from basement kitchen to the garrett where I work, is 71 steps. Which, when I first moved in I used to find I was breathless by the time I got to the top. And I've only been there a month, and now I can skip up there. So it's possible to keep fit in your own house. That's the secret, I'm going to bring out the tall house diet. Actually, yes, I have three weeks to live. Goodnight! You could've said, "Time out indeed," and that would've been perfect!