My Account My Profile Sign out
My Account
Search
Worldwide Europe United Kingdom England London Did you know there's a cinema in Guy’s and St Thomas’s Hospital?
Advertising

Haematology. Urology. Orthopaedics. Walk past the usual signs in Guy’s Hospital, and on the second floor you’ll find a department with no beds, no doctors in scrubs and no disinfectanty hospital smell. It’s the charity cinema.

Until recently I had no idea that three of London’s big NHS hospitals have cinemas – free to patients, their families and carers. The cinemas are built and run by a charity, MediCinema, and staffed by volunteers. When I arrive with Time Out’s photographer, a volunteer is changing the lettering on the marquee for tonight’s screening of ‘Hidden Figures’.

Inside, I’m expecting it to be a bit mend-and-make-do, a pull-down projector in a scruffy lecture room. But this is more like a boutique cinema, with a bright rainbow of plush seats (the leg room is bigger than on a Saudi prince’s private jet). There are some differences, though. No posh snacks, for a start. 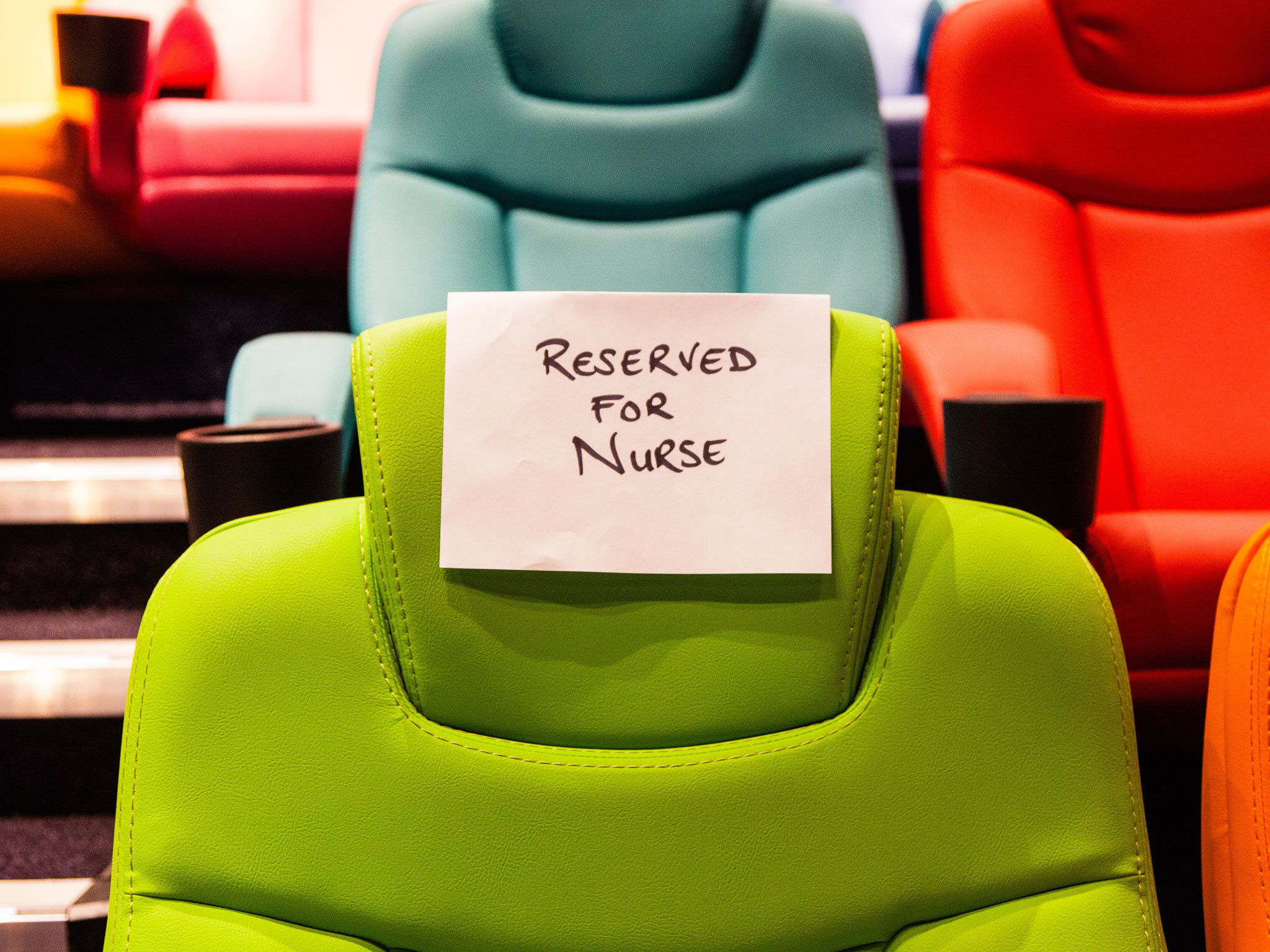 The MediCinema’s manager, Nicks, tells me it’s strictly water-only because some patients are nil-by-mouth. There’s also a big gap between two of the rows for beds to be wheeled in. I follow Nicks into the office where she makes tea for the volunteers who have started arriving. It’s 6pm and most have scooted over from work. Their job is to escort the patients up to the cinema. ‘It puts everything into perspective,’ one of them, Jenna, tells me. ‘Deadlines. Work. You get on the wards and think: Actually, work is fine. Life is fine. Everything’s good.’

The nurses on duty tonight, Katie and Liz, have just arrived; they’re paid for by the charity, not out of NHS funds. Katie tells me about a husband and wife, both patients – the wife had given her husband a kidney. ‘I was walking them down to the cinema one evening, and he joked to her: “I told you I’d treat you to a night out in London.” ‘Doing something normal, spending time off the wards, makes a difference,’ says Liz. ‘Last week a man said to me it was the first time in three weeks he’d forgotten he had cancer.’ 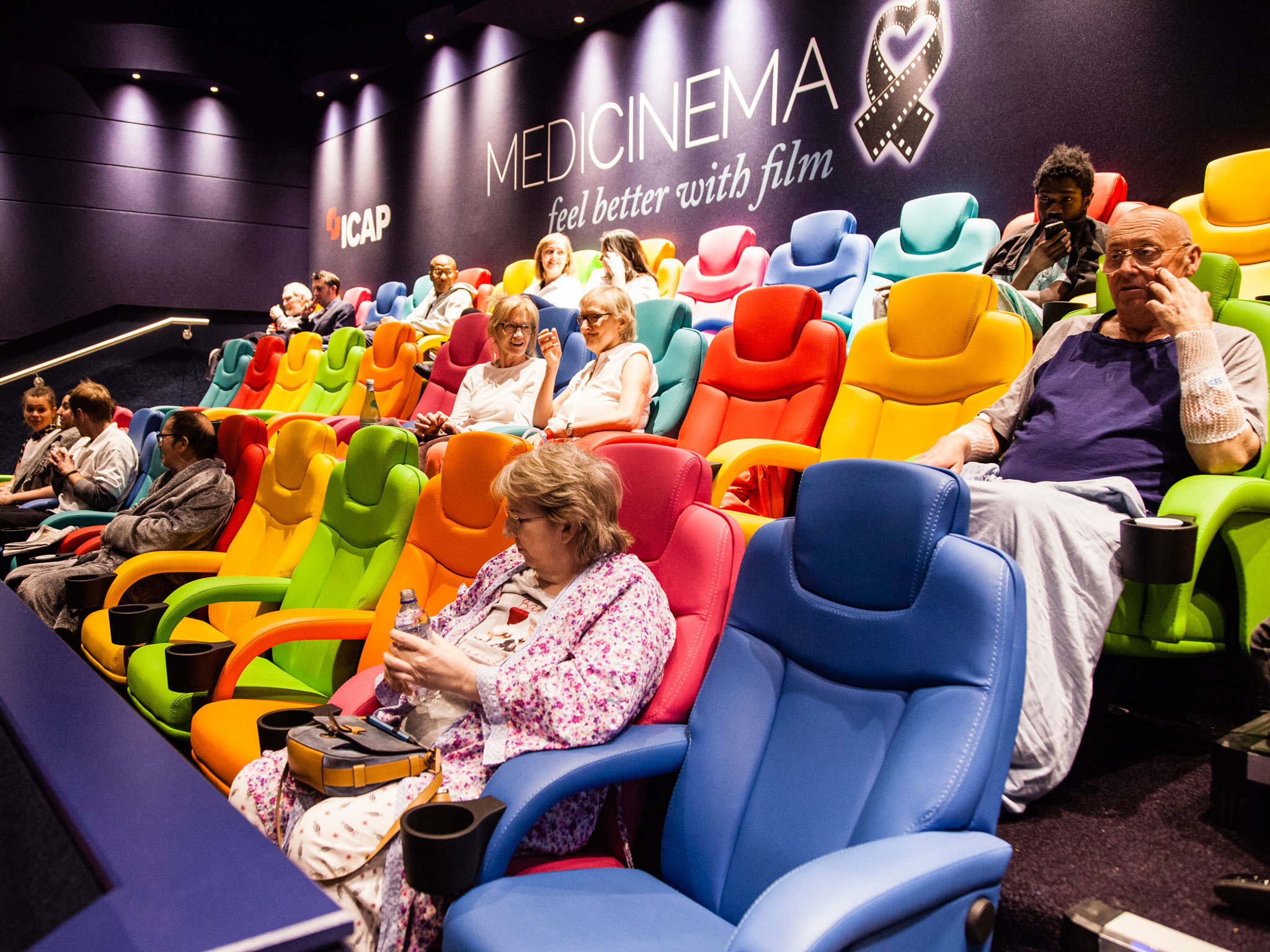 In the cinema, patients have started arriving. No one here is tutted at for using their phones; you can see the glow of screens as people text home. After the film, I get chatting to a patient, Margaret. ‘This has made my day. I’ve been waiting to see this film,’ she tells me. An older gentleman says he liked ‘Hidden Figures’ better than the violent thriller he saw last week. ‘It was a horrendous film. I’m an old man. Not my cup of tea,’ he says.

MediCinema might not have posh popcorn, but what it does share with boutique cinemas is a sense of community. As MediCinema’s chief exec Kat Mason says, ‘We do what the movie industry is built for: taking your mind off things, escaping for a few hours. Who needs that more than hospital patients?’

Volunteer or donate at www.medicinema.org.uk. 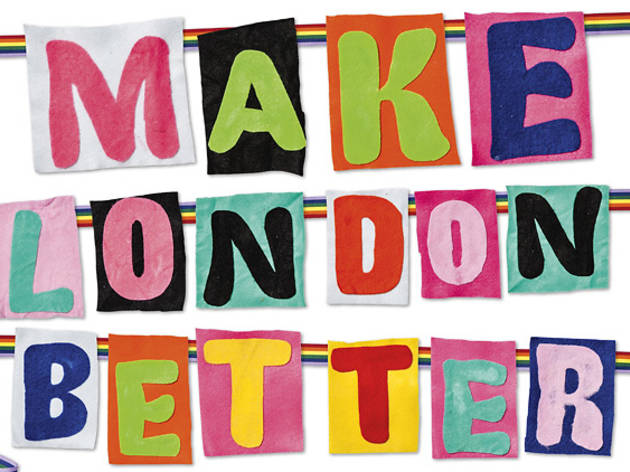 Want things to change, but don’t know where to start?