Ever since the late 1950s, when maverick film director and showman William Castle sent a glowing skeleton over audiences’ heads at screenings of ‘House on Haunted Hill’, and put vibrating motors in cinema seats to buzz audiences watching ‘The Tingler’, cinemas have been looking for ways to add an extra dimension to the moviegoing experience. 3D had moments in the 1950s and 1980s, before making a comeback in recent years, while live orchestral accompaniments, Secret Cinema installations, singalong screenings and live-by-satellite events have all tried their hand at turning movies into experiences.

Now, cinema chains are once again scrambling for new ways to tempt punters back to the multiplexes. But will this new form of bells-and-whistles ‘seat-belt cinema’ blow our minds, or just suck up our cash? Here’s our guide to the dizzying new options available.

4DX
Exclusive to Cineworld, ‘4DX’ is at the cutting edge of seat-belt cinema, and is literally designed to rock your world. Harnessing technology developed for the Universal Studios theme parks, the all-action format features seats that pitch and roll like bucking broncos, plus wind, rain and strobe lighting effects – all ingeniously timed to match the relevant action in the film you’re watching. Put it this way, I nearly fell out of my seat watching ‘Mission: Impossible – Fallout’. And if you get misty-eyed during rain-soaked romantic scenes, you can always blame the (thankfully optional) water spray effect. Towels are not provided.

Vue Xtreme
If your idea of heaven is a screen so wide you have to watch a movie like a tennis match, you’ll love Vue’s gigantic ‘Xtreme’ screens. At 16 metres wide by 7 metres high, they’re smaller than standard Imax screens, but with seriously high-resolution screens and Dolby sound that goes all the way up to 11.1, they can make a regular cinema screen feel a bit like a phone held really close to your face.

Where? Westfield W12, Westfield Stratford and Finchley Road.
How much? £1-£2.50 surcharge.

XLR
If you’re going to peel yourself out of the groove on your couch and stump up the cash for a cinema ticket, you definitely don’t want to be sitting on a seat that feels like it was pulled out of a WWI biplane. Happily, Showcase’s giant wall-to-wall screen has extra large, extra comfortable seats with extra legroom, perfect for stretching out during the slow bits. And thanks to the Dolby ATMOS sound (it’s ALL CAPS because it’s THAT LOUD) they’re still picking up the popcorn I spilled during Dwayne ‘The Rock’ Johnson’s fun disaster movie ‘Skyscraper’.

Where? Showcase Newham.
How Much? £2 surcharge.

ScreenX
Cineworld’s 270-degree ‘ScreenX’ format adds additional screens on the left and right sides of the auditorium during the more immersive moments. This periphery-filling format shoves you right in the action in a way that 3D never can – and you don’t need the nose-bothering glasses either. ‘The Meg’ turned the auditorium into an aquarium, while the creepy forests in horror movie ‘The Nun’ felt eerily enveloping. It’s probably the most interactive movie experience money can buy – at least, until Europe’s first 360-degree cinema opens in Plymouth next year.

Where? Cineworld at the O2 Arena.
How much? £3 surcharge.

iSense
Billed as Odeon’s ‘immersive film experience’, ‘iSense’ boasts wall-to-wall, floor-to-ceiling screens and cutting-edge 4k projectors (roughly four times the resolution of a regular screening). The seats offer extra legroom so you don’t get kicked by the kids behind. At Odeon Luxe cinemas like the one at Lee Valley, there are also reclining seats, pop-up leg rests and individual tables to keep your popcorn out of your lap. Although, can you really trust a new-fangled cinema format without an ‘X’ in its name? 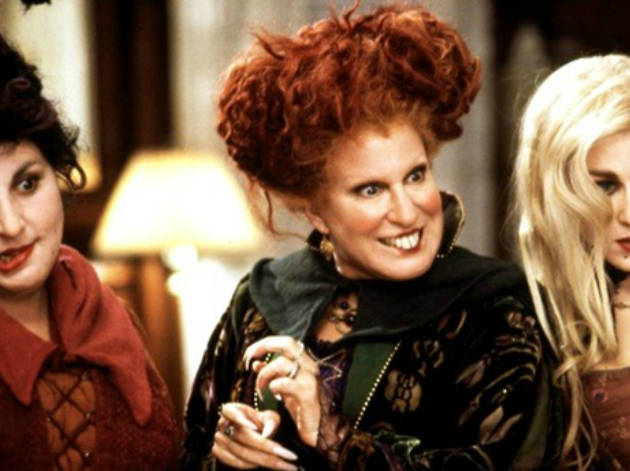