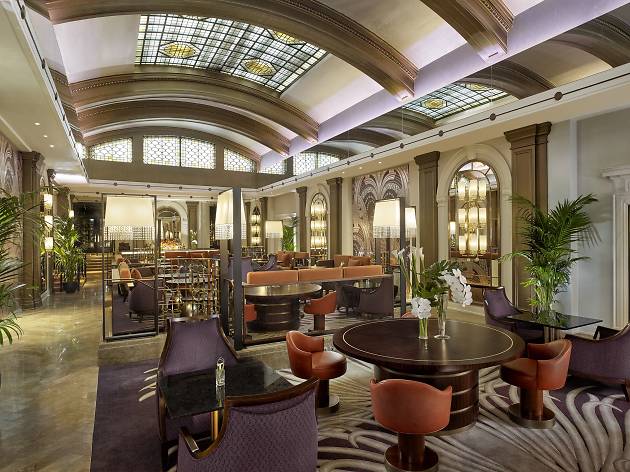 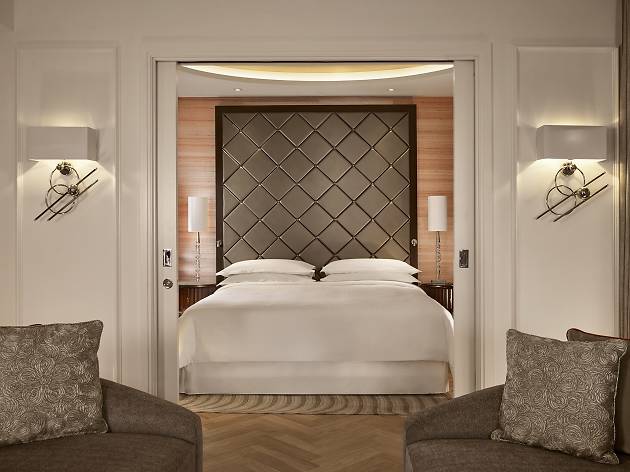 An art deco filmstar is spruced up and performing better than ever, thanks to a stellar cast of characters.

London’s full of listed buildings, but few are as eye-popping as the ballroom of this grand old hotel overlooking Green Park; if its 1920s splendiferous décor looks familiar it’s probably because you’ve seen Jeremy Piven, Eddie Redmayne or Diana Quick swanning around it in, respectively Mr Selfridge, The Danish Girl or, for older readers, Brideshead Revisited. It’s the piece de resistance in a hotel whose recent two-year refurbishment has seen everything from fat gold pillars and dazzling lighting features to curvy ironwork and classical friezes spruced up and returned to what they would have looked like in their 1920s heyday, but of course the rerfurb has added some rather more modern touches.

In the 303 rooms and suites, this manifests itself in free Wi-Fi, large flatscreen TVs, Nespresso machines, a well-stocked minibar and the use of a free smartphone. The rooms retain many original Art Deco features but also have sweet new touches; each has a deco-style hatstand, for instance, while impressive circular ceiling coffers create a wow effect while also making lighting soft and glowing. They’re comfortable and, in their mix of muted tones and jazzy carpets, easy on the eye, while offering more interesting décor and styling than many five-star hotels.

The same is true for the public spaces; the manly Smith & Whistle ‘pub’ for example, offers four British ales on tap at pub prices, but also an idiosyncratic, inventive range of cocktails mixed by the ebullient and enthusiastic Terence. He’s just one example of a standout staff seemingly dedicated to making your stay enjoyable at every level, whether you’re eating in the brasserie-style Mercante Italian restaurant, taking afternoon tea in the more sumptuous Palm Court, or working out in the well-equipped basement gym, where earplugs are thoughtfully supplied if you don’t want to hear deadlifting gym bunnies groaning around you. You might want to snaffle some for your room if you’re on one of the lower floors and don’t want to be woken by the sound a Piccadilly Line tube at 6am.