If your lively kids are bored with London’s playgrounds and swimming pools, crank up the energy a few notches and take them somewhere that will stretch them physically while promising heaps of fun. Fearless youngsters will feel the adrenaline flow as they hurl themselves down a hill in an inflatable ball, whoosh along a mega water slide or do backflips on a giant trampoline. Here are some ideas for active adventures in London this summer holiday. 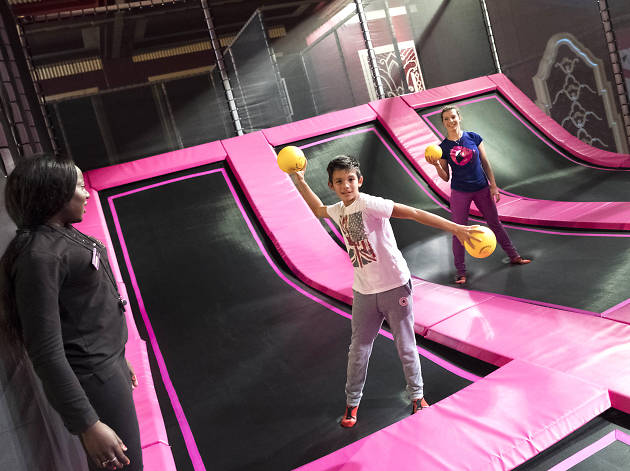 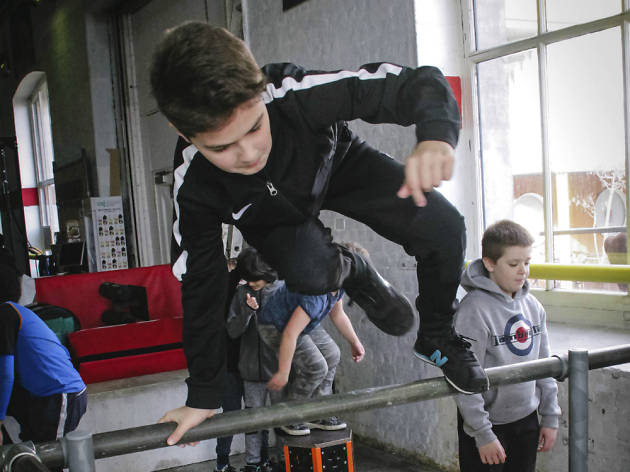 As seen in countless films and video games, parkour is the art of traversing the urban environment in the fastest, most imaginative way possible. The London Chainstore Parkour Academy – a hop, skip and jump from Canary Wharf – is the place to start. Drop in or sign up to a class at this dedicated warehouse training space. Don’t worry, it’s not about death-defying stunts. You’ll practise moves indoors on frames, before progressing outdoors to use the walls and structures around the city. You’ll be leaping walls like Bond or Bourne in no time (actually, this might take some time). 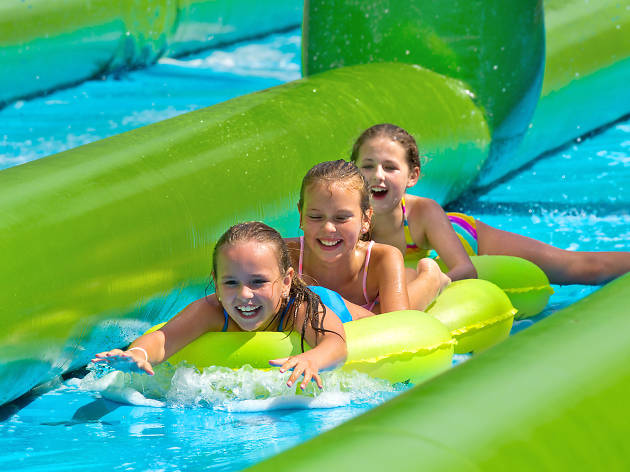 What could be more cooling during a sticky city summer than going ‘wheeeee!’ down a water slide the length of three football pitches?  London Slip and Slide Fest will showcase the ‘Sun Slider’ –  a 325m, three-lane inflatable chute with a splash pool awaiting at the bottom. In the wise words of Bon Jovi, it’s slippery when wet. There are also mini-slides for under-sixes, foam and mist cannons, water soakers and high-platform freefall jumps. As if you need any more motivation, a percentage of the profits go to Noah’s Ark Children’s Hospice. 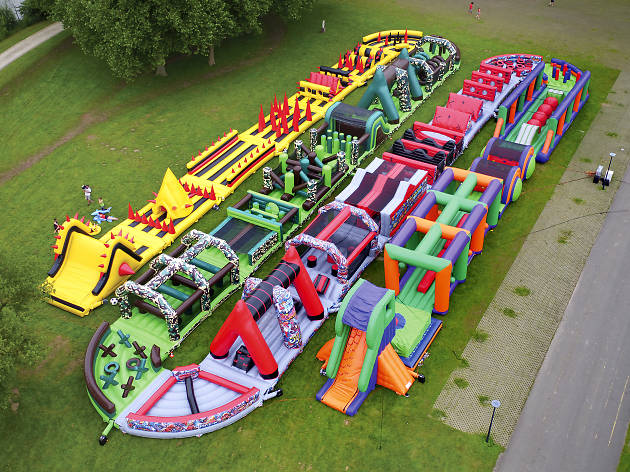 The centrepiece of kiddyfest Monstrous is ‘The Beast’, an eyeball-boggling 272m-long inflatable assault course which claims to be the world’s biggest. ‘Bouncy castle’ doesn’t do it justice – this is an entire bouncy kingdom, with obstacles, slides, climbing walls, ball pits and all manner of blow-up barriers. Other attractions include Hello Kitty Club, Prince & Princess Unicorn Land, a warehouse bubble rave, roller disco, farmyard, funfair, gaming arcade, circus workshop and a soccer school hosted by Chelsea FC  –  but it’s boingy behemoth The Beast that takes top billing. 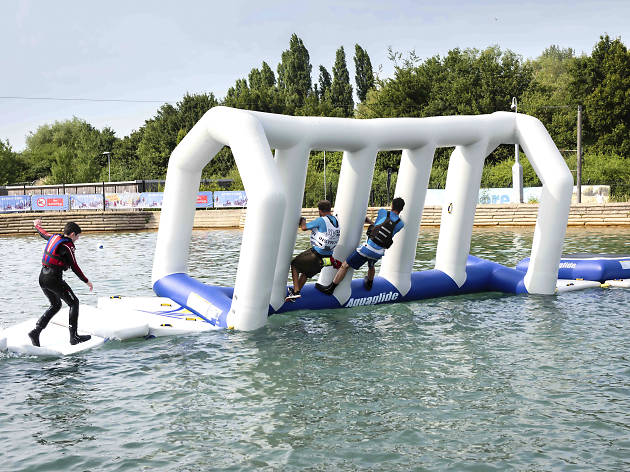 Make a splash by tackling the Water Wipeout inflatable obstacle course at Lee Valley, the venue for watersports during London 2012. Get kitted out with wetsuits, wet boots and buoyancy aids, then take to the lake for a damply dynamic hour leaping over obstacles, before zooming down the slide to the finish line. And if that’s not gnarly or rad enough for ya, you can always try the tubing, hydrospeeding or white-water rafting. 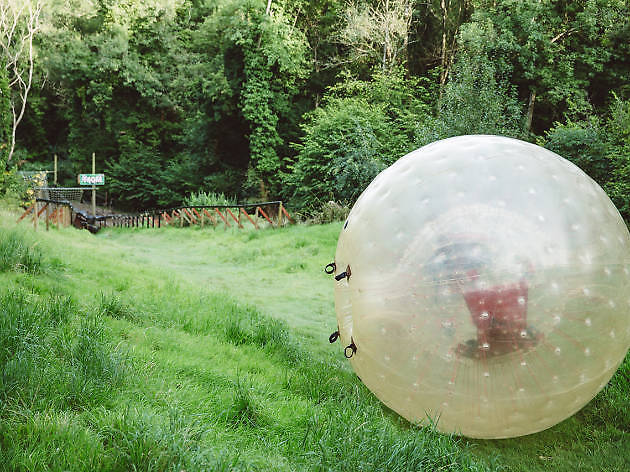 Channel your inner hamster by climbing into a giant inflatable ball and hurtling down a hill. At Go Zorbing in Whyteleafe (45 minutes by train from Victoria) high-rollers can choose from Harness (two riders strapped into opposite sides of the same zorb) or Hydro-zorbing (slipping and sliding down the course with 40 litres of water). Either way, you’ll travel head-over-heels through a scenic Surrey forest at speeds of up to 25mph. There’s also the one-of-its-kind ‘Black Hole’ – a ride inside a soundproof pitch-black orb. It takes, well, balls. ν