‘Music is one of the purest ways into Christmas,’ says M Ward, actress Zooey Deschanel’s singing partner, the Him to her She. And we have to agree. Festive pop songs and old-fashioned carols all turn our insides into cinnamon-flavoured mush.

Folky musical duo She & Him have recently released their sixth studio album, and second festive offering following 2011’s ‘A Very She & Him Christmas’. The new album, ‘Christmas Party’, is a collection of Deschanel’s favourite Christmas covers. The vibe is pared back. It’s auto-tune and synth-free – every track is hand-played by humans on real instruments – and the result is charmingly homemade.
'Christmas Party’ features some familiar songs, but highlights lesser-known yuletide tunes too. Here are a few of Zooey Deschanel’s festive faves: 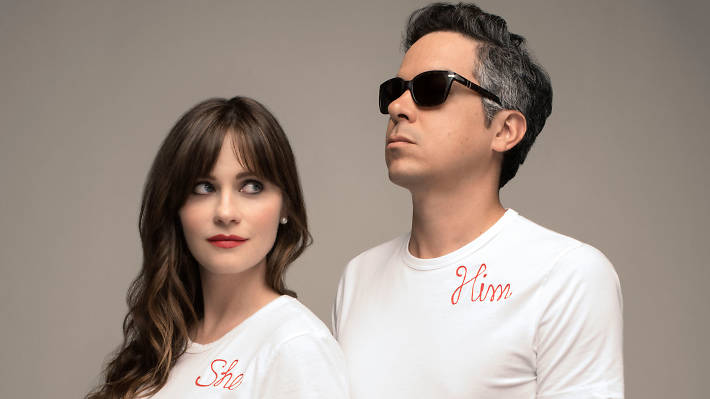 All I Want for Christmas Is You
‘I've always loved this song,’ Deschanel says of the Mariah Carey classic, which topped Time Out’s top 50 Christmas Songs list. But her version is stripped back and soulful. ‘I was like, “I’d love to hear it without the digital keyboards. I’d love to hear it recorded in a little more of an old-school way”.’
Must Be Santa
Deschanel and Ward turn this festive call-and-answer into a jovial, hipster sing-a-long, adding a ‘gang’ of Ward’s friends and indie singer-songwriter Jenny Lewis (formerly of Rilo Kiley, currently one third of Nice as Fuck.) ‘She’s a great singer and I’m a big fan,’ says Zooey.
Happy Holiday
One of Deschanel’s favourite tracks is made even more personal by the surprise inclusion of her one-year-old daughter. ‘My husband Jacob was playing jingle bells with Elsie in his arms when she started making a baby noise which happened to be in tune with the song,’ explains Deschanel. Elsie’s soft coos were left in to give the track a ‘family’ feel.

Mele Kalikimaka
Forget a white Christmas, another of Deschanel’s choices hails from the sandy beaches of Hawaii. She’s joined by The Chapin Sisters for this lush and breezily harmonised recording of the Polynesian favourite.
Christmas Memories
‘When I sing it, I think of Christmas at my grandparents’ house with all my cousins and my family,’ Deschanel tells us. Christmas Memories is an obscure Frank Sinatra track, but it’s one of Zooey’s favourite songs. ‘I hope this can be a record that makes people feel warm and happy and think of family.’
The Coldest Night of the Year
The sentiment of this whimsical song is the same as crooner classic ‘Baby It’s Cold Outside’ but the song itself is entirely new. It’s by English folk singer Vashti Bunyan. Apparently Zooey discovered it on a box set and fell instantly in love.
Christmas Don’t Be Late
Deschanel transforms this number, originally sung by The Chipmunks, into a quiet lullaby. It’s simply Zooey’s slow, melancholy vocals accompanied by her ukulele. ‘She’s bringing the song more soul than it has been brought in the past,’ says Ward.
Winter Wonderland
Zooey was influenced by the Everly Brothers for her rendition of Winter Wonderland. The track sees her again perform alongside Lewis – and the version that appears on the album is their very first take singing the song. It also features a loud, spur of the moment giggle. ‘It was totally spontaneous and we like that stuff,’ says Zooey.
'Christmas Party' is out now. 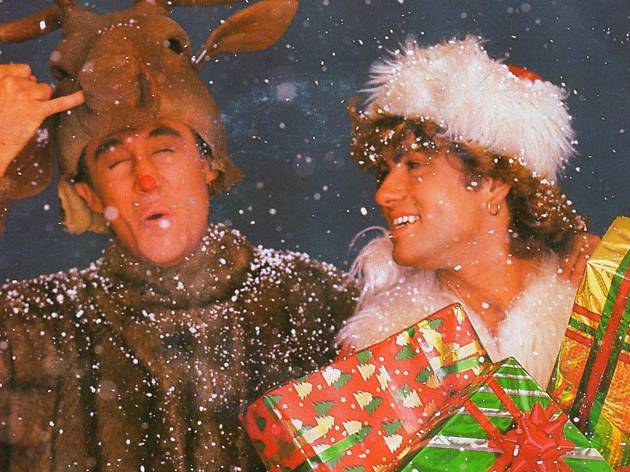 As Noddy Holder once screeched: it’s Christmas! You might have heard some Christmas songs enough times to make you want to perforate your eardrums with a candy cane, but many festive pop songs are great works of art. Here’s our countdown of the Top 50 Christmas songs, from ancient carols to the best Christmas Number Ones.