Sadiq Khan is calling for a London rent freeze

London rents have increased by 15 percent in the past year 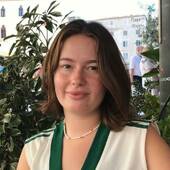 Looking for a home in London feels harder than ever. Rents are sky-high, flats are miniscule and we’re having to jump through more hoops than a show dog just to get a viewing, let alone sign a lease.

That’s why yesterday London Mayor Sadiq Khan called for urgent action, saying that London rents need to be frozen. Sadiq tweeted statistics from the SpareRoom Rental Index. According to it, the average rent in London is currently £815 a month, 15 percent higher than the 2021 average of £708.

He revealed which London boroughs have been the worst affected by this huge rent hike. Coming in first was Eltham and Mottingham, with a whopping 19.8 percent rent rise, followed closely by Lower Edmonton and Abbey Wood, with 18.7 percent and 16.2 percent increases respectively.

His tweet said: ‘This is a disgrace. Rents are soaring while landlords profit. I’ve repeatedly asked the Govt to let me freeze rents, saving Londoners £2,988 over two years.

‘With the cost of living crisis raging, this is more urgent than ever. The Govt must act.’

The London Mayor has been calling for rent freezes in the capital for years, first campaigning for more powers over rent control during his 2019 re-election campaign. In March of this year, he again asked ministers to grant him powers to freeze private rents in the capital for two years, which would potentially save Londoners an average of £3,000 over two years.

In 2019, Sadiq said that rent controls that are already in place in cities like Berlin and New York are needed in London. At the time of his campaign, the average rent for a one-bedroom home in London was more than a three-bed in every other region in the country.

With increasing energy bills, people in the capital are increasingly worried that they won’t be able to pay their rent. In 2021, London renters spent around 40 percent of their monthly salary on rent, compared to people in the rest of England spending 23 percent. So while we all pay £815 a month to live in squalid studio apartments where the bed is literally in the kitchen, people in the rest of the UK actually have nice big houses with luxuries like living rooms.

The higher-ups have yet to bestow the power on Sadiq to magically reduce London rents, but we can dream, eh?

A large tortoise brought trains at Stanstead to a halt.

This hidden tube station will be open to the public for the first time in 100 years.