It’s two weeks since Fabric closed its doors. The decision, encouraged by police and ultimately decided by three Islington councillors late into the evening, has left a looming sense that authorities will always be anti-nightlife: that police and politicians don’t understand the financial or cultural value of clubbing and will always knee-jerk when they hear the word ‘drugs’.

Yet what was interesting about attending the hearing was seeing the respect councillors paid to drugs scientist Professor Fiona Measham, who was there as an expert witness for Fabric. While councillors pulled no punches in their questioning of both Fabric and the police, they seemed to hang off every word Measham had to say about the current interplay between clubbing and drugs. It's a sign of just how respected Professor Measham is right now, having conducted research into drug trends at clubs and raves for 25 years. Back in 1991, she was one of the first people to ever do academic research at raves. She’s researched inside clubs like the Hacienda and is now the founder of drugs organisation The Loop who run testing projects at festivals like Secret Garden Party and Kendall Calling as well as Manchester’s Warehouse Project.

‘The worst part of the whole review was looking up at the public gallery and seeing many anxious faces of Fabric staff facing redundancy,’ says Measham. ‘I’ve been working with Fabric for a couple of years now. The Loop provide advice there once a month and I send out briefings and emails to key nightclub owners if there are any substances of concern.’

Measham reckons that when she started out, the UK was leading the world in harm reduction and clubbing. There were outreach workers in the Haçienda, and Manchester Council were even using the ‘Safer Dancing’ drug awareness guidelines to inform their licensing policy. This meant that in 1992 it became mandatory for Manchester clubs to provide free tap water for clubbers – that’s a full 18 years before it became a requirement nationwide.

‘We’ve gone backwards,’ says Measham. ‘When I think about licensing and Manchester then compared to licensing and Fabric now, it’s sad.’ Measham explains that funding’s been redirected towards abstinence services for daily users, rather than the 95% of drug users who might irregularly use ecstasy, cocaine and cannabis. ‘These people might not see themselves as having a drug problem,’ says Measham. ‘But when they experience problems, there should be help and support for them.’

What's possibly most alarming is that while numbers of ecstasy and cocaine users have stayed level over the past few years, deaths are still rising. 57 people died after taking ecstasy in 2015 – that's nearly the most ecstasy deaths to ever occur in a year – and Fiona says this can’t be attributed to clubs. ‘It’s down to an increase in purity of ecstasy pills along with the emergence of MDMA crystal,’ she says. ‘Since 2010, pills have increased in purity from 25mg of MDMA to an average of 125mg. Some pills contain as much as 350-400mg.’ The pills have also shrunk in size, making them easier to smuggle into clubs and much harder to split. ‘At Parklife festival this year, we put out a warning about ‘Mickey Mouse’ tablets,’ says Fiona. ‘They’re really tiny at the moment and contain about 220mg of MDMA. You might want to divide that tablet into three – but how are you going to manage that? An ear and a bit each?’

While national policies are becoming more conservative, outside of London the relationship between the police, clubs and drug users is still constructive and friendly. Measham started working with Warehouse Project in Manchester in 2013, after a high profile death there, and said that rather than shut the space down, the police worked closely with the club to make it safer. They put in equipment to reduce average temperature in the club, with Measham testing the drugs that were circulating once a month, warning clubbers of anything dodgy.

‘One of the really disappointing things about what’s happened with Fabric is the working relationship between the club and the police has degenerated over the past couple of years. It's sad to see,’ says Measham. ‘I’ve got a really good relationship with the Greater Manchester police, who I work with. Nobody wants someone to die on site, that’s why Greater Manchester Police support testing. The Met couldn’t even comprehend that we share the same end goal here.’

The responsibility doesn’t just lie with the police though. Measham says that there are risks that arise from British binge culture, especially now that purity is higher.  She explains that in the early ‘90s, clubbers were much less likely to mix their drugs with alcohol. In fact, it was so rare that ravers could spot undercover police because they’d think they have to buy a beer to fit in. ‘I’ve got photos from that time and in the background, purely by chance, there’s some guys in jeans looking really uncomfortable and drinking lager,’ says Measham. ‘Obviously now, I know they’re undercover police.’

While you might imagine Haçienda ravers necking vast quantities of drugs, Fiona says that most of the ravers she talked to at the time would just take one pill over the course of the night. Some would only take a quarter. ‘It was quite a different atmosphere,’ says Fiona. ‘Ecstasy was treated with respect. It wasn’t just another substance to get off your head on. People would take it on an empty stomach, drink appropriate amounts of water and chew gum not to damage your mouth.’

Helping drug users make informed choices is key to all the work Fiona does, whether it’s providing advice or testing substances – and it’s not just her who believes it saves lives. She says that when the mother of an 18-year-old who died at festival Kendal Calling in 2015 was door-stopped by a journalist for her opinion on The Loop’s drug testing project at Secret Garden Party, the mother didn’t give the reaction the journalist expected.

‘The journalist said "did you hear about this drug testing at Secret Garden Party, isn’t is outrageous?" expecting her to say yes, but she said "no I totally agree with it, I think it should be happening at Kendall Calling as well and if it had happened there my son would still be alive." What she didn’t know is that we were introducing it at Kendal Calling, so we went public and the mother was fully supportive.’

Fiona is hoping to bring drugs testing to more venues before Christmas. One initiative planned is to test people's drugs early enough in the evening, so that the information proves even more useful for users. Ultimately, she hopes that projects like this help make drug taking safer. ‘Whether you think the best solution to stopping drug deaths is stopping people from taking the drugs or helping them to take them safer is a political and moral decision,’ says Fiona. ‘But whatever we choose, we’re all trying to reduce deaths and whatever we’re doing right now isn’t working.’

Find out more about The Loop at wearetheloop.co.uk 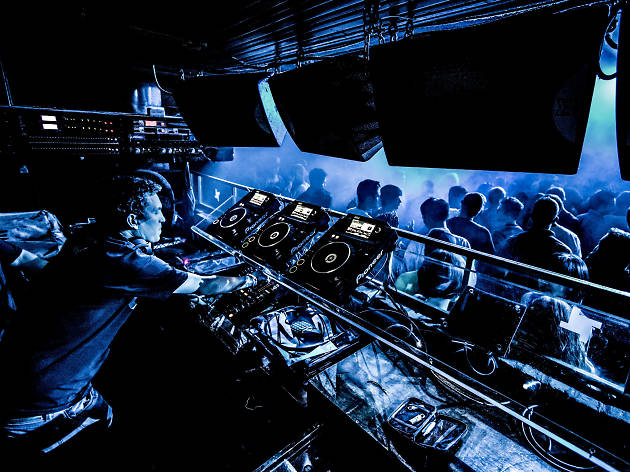 As the London superclub is forced to shut its doors, fans recall their epic Fabric moments