My Account My Profile Sign out
My Account
Search
Worldwide Europe United Kingdom England London The story behind Shapes: yet another London club forced to shut

The night tube is ready to scoop up danced-out Londoners, but it’s arrived too late for one Hackney Wick nightspot. Shapes closed its doors last month, allegedly in response to a sexual assault at the venue. But Shapes owner, Seb Glover, sees it as the latest in an attack on London nightlife and is calling on Sadiq Khan to save our clubs.

Glover believes that Shapes has been the victim of a planning strategy that has stalled licensing applications. ‘Essentially the council didn’t want a music venue in Hackney Wick,’ he says. ‘They’re trying to make it into another Islington. It’s going to be a sterilised area where there’s no raw creative community. The artists are moving – they’re being priced out, buildings are getting knocked down all the time. This makes running a music venue impossible.’

‘When it comes to the nitty gritty, big money takes precedence’

We had to apply for a temporary change of use – from an industrial building to a music venue each year,’ Glover explains. ‘The London Legacy Development Corporation refused to process our application and then our landlords served us notice under threat of action.’ The venue contacted the Planning Inspectorate, an independent body, who are looking into the case. But the result is not expected for another month, leaving 117 Wallis Road empty and disused.

Glover sees two sides to the planning department: one that is keen to preserve the more creative, community aspects of Hackney; the other swayed by the prospect of big-budget developments.

‘When it comes to the nitty gritty, big money takes precedence. You can look across the River Lea to Stratford and see the future. Hackney Wick is being used to sell Stratford but it’s the last piece of the puzzle to be flattened.’

Five full-time staff members and 50 part-time staff have lost their jobs through the closure.

Though used primarily as a clubbing space, many won’t be aware that Shapes was also a busy space in the day. Not only were there artist studios but the team provided sketching and DJ workshops for local schools and hosted debates and talks. 'Music venues are not valued as community spaces. Shapes wasn’t a shiny place, it certainly wasn’t loved for its smelly toilets, it was a community-positive space where people could meet and get inspired.'

‘Music venues are not valued as community spaces’

The criminal investigation into an alleged rape at a Kinky Salon event is ongoing. Glover states that, despite claims to the contrary, CCTV footage of the night in question was handed over voluntarily to the investigating officer. ‘Shapes doesn’t tolerate harassment or abusive behaviour and wholly condemns any violence and abuse,’ he says.

Shapes was previously classed as a ‘low-crime venue’ by the police: since opening in September 2012 their only contact with the law had been to report six phone thefts and apply for late licences, all of which were granted. ‘We’ve been fully cooperative with the police,’ says Glover. ‘London’s nightlife is under attack and it feels like we’ve been scapegoated.’ He believes ‘darker forces were at play’.

But the city will find a way to party – it always does, Glover says: ‘People are getting pushed back into the outdoors. There’s lots of amazing characters still looking for free space, forests, secret locations, along the canal. There was one last weekend. There’s one this weekend.’

Glover is currently looking for a new venue on the outskirts of London, though he knows of fellow promoters, DJs and artists who have quit the capital for less restrictive cities.

‘Many people, incredible artists, have left for Berlin,’ he said. ‘You don’t get into venues for making money, it’s about creating a massive shared experience, it’s about being part of an incredible social movement that can actually make social change.’

He raises the fact that one of the new London mayor’s election promises was to protect and promote live music venues and clubs: ‘This is an opportunity for Sadiq Khan to save London’s nightlife. Maybe Hackney Wick has gone but there are other areas with amazing creative communities still operating.’ And Glover has a further message for the mayor once they're set up with a new home: ‘Sadiq, come down and throw some shapes with us.'

Relax: there are still plenty of clubs open! 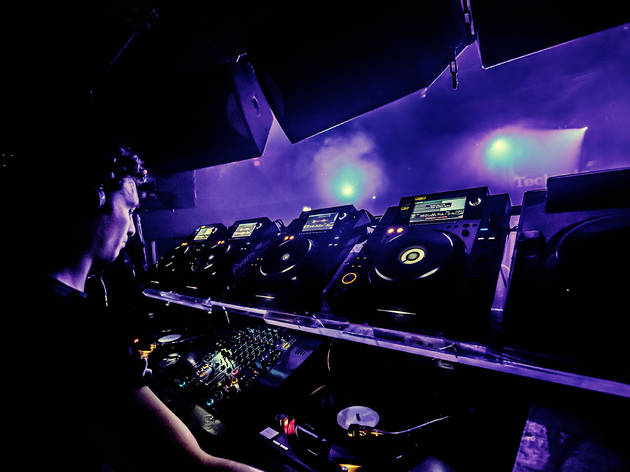 The city’s best nightlife action this weekend (and the rest of the week too).