Restaurants Holborn
Recommended
4 out of 5 stars 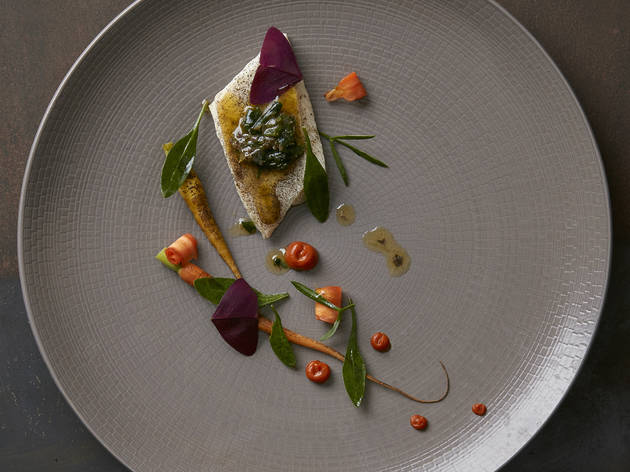 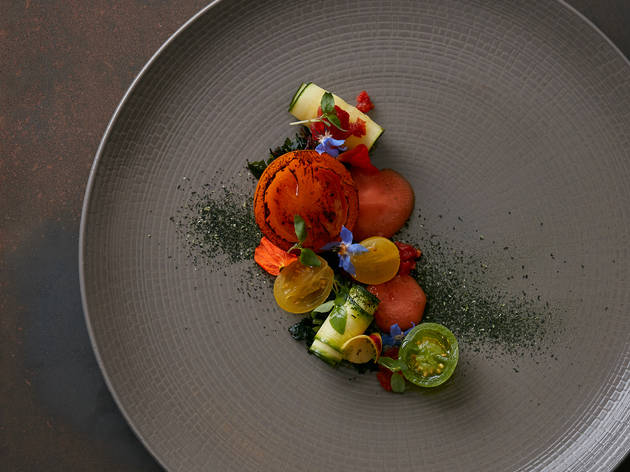 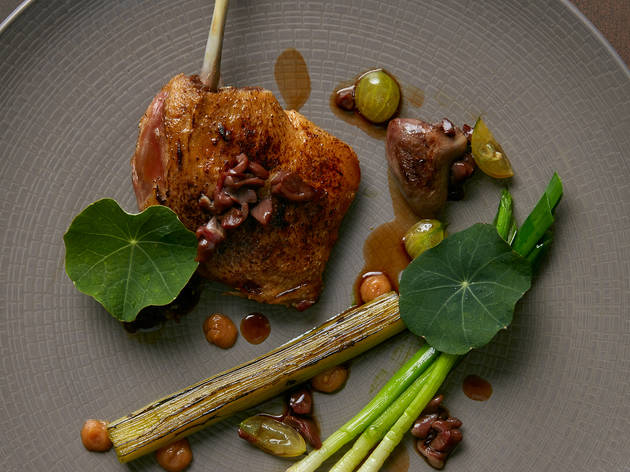 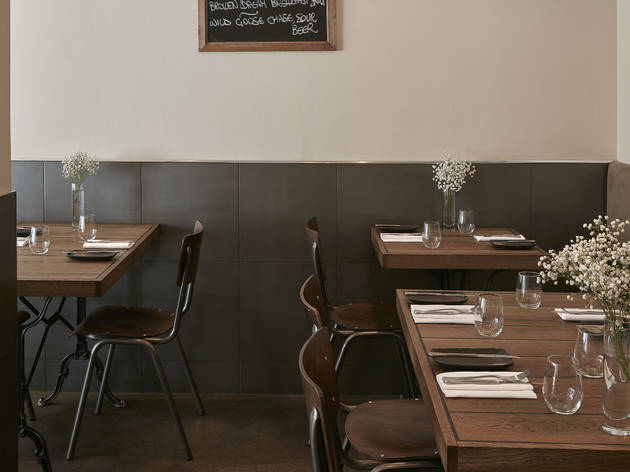 I hate the word ‘foodie’. It makes me feel like I’ve accidentally used the wrong kind of washing powder: faintly itchy. But sometimes, naff though it is, it’s necessary. Here, in a small Clerkenwell dining room, the boundaries of what, lest we forget, is ultimately a form of fuel for your body – are pushed into the arena of high culture. Of culinary artistry. Anglo is a restaurant for ‘foodies’.

At dinner, there’s only a tasting menu (it’s à la carte at lunch), billed as ‘intros’ plus seven courses. Make that three intros, plus bread (with yeast butter, obvs) then a further seven courses. That’s eleven courses for £45, which is pretty decent. Amazingly, you won’t finish feeling like Mr Creosote at the end (google it, kids). That’s because even the progression of plates is all a part of the masterplan: to deliver up a careful, masterful composition. This is not a meal, it’s a symphony. It’s Beethoven’s Ninth.

One elegant dish saw a sous-vide piece of cod cooked to just the right side of translucent, topped with a delicately briny blob of roe and tendrils of sea fennel, then served with a golden cube of not just potato, but sublime smoked potato. Around it, a single circular swirl of black-as-the-night, sticky squid ink reduction was painted onto the plate. Later, there was Hebridean mutton served three ways, accompanied by a small heap of black olives brunoise (as in, cut into teeny-tiny, absurdly pretty little cubes) and half a roasted apricot, itself under a tumble of Liliputian petals. Never mind what’ll happen to your tastebuds – by the time you reach item 11, your Instagram account will be exploding. Even the first dessert (there are three, excluding a baked cheese course) comes with serious ‘ooh-aah’ factor, a bowl of cherries being accompanied by deliciously malty hay ice cream and nitro-frozen crumbs of delicate horseradish.

So, a place for devout ‘foodies’. Yet, if gastronomy is not your religion, Anglo’s serious approach may be a little off-putting. Every dish was explained in detail. The lights were up too bright (all the better to see the food, presumably). So take my advice: BYOF (bring your own fun) and come along with a small handful of friends. What kind? You know exactly what kind.