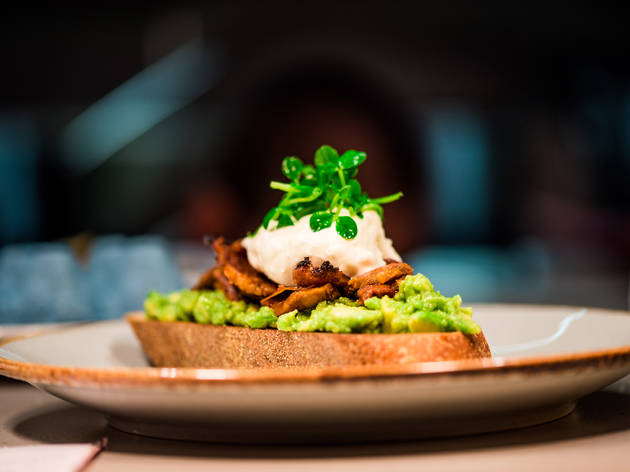 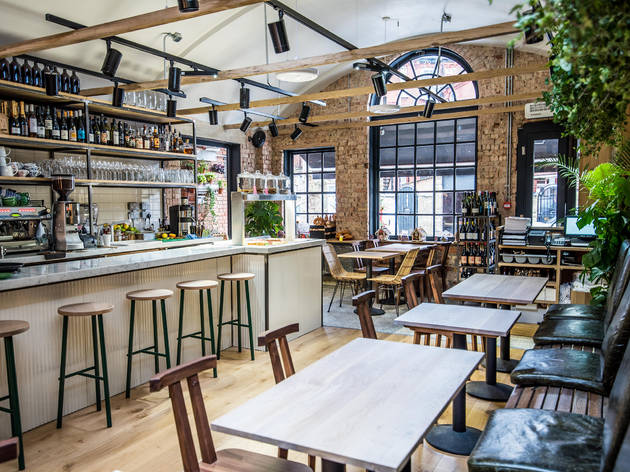 An Aussie-inspired café by day, and brasserie by night.

The difficulty in booking was the first clue that Antipodea is popular. This Aussie-style café/brasserie is located in Kew ‘Village’, a leafy area near the station with a couple of good pubs, two nice cafes, some bijou shops and maybe three restaurants. You wonder who even knows about it, and yet the only space available, on our second attempt, was a 6pm slot. ‘Booking is recommended throughout the day,’ I was advised. Now I know why.

The plan for this spot – from the the Australian-owned Brew Cafe mini chain – was to bring a bit of sunny Melbourne to this corner of London. Even though it was raining outside, it still works. The space is light and airy; plants give it a ‘conservatory’ feel, but a roaring fire lends a distinct cosiness. The open kitchen is balletic and mesmerising. Staff are on point, but equally laid back in an Antipodean fashion; diners are immediately disarmed and relaxed.

The menu is speckled with Australian and Asian influences, accompanied by some seasonal choices. To start, a vibrant salad of pumpkin, pear, walnuts and gorganzola was sweet, crunchy and creamy all at once. The cheddar and caramelised onion quiche should have been warmer, but it came with a tomato chutney so mouth-watering that I could barely resist picking up the plate and licking it.

Mains range from pizzas to 45-day dry-aged steaks, with intriguing offerings such as whisky-cured pork ribeye or barramundi in between. A risotto was beautiful – bold in flavour and chock-full of mushrooms, laced with pesto and small chunks of gorgonzola. The steak was as good as I’ve ever had in the capital. Audacious, I realise.

The experience continued into the desserts: it was a tough choice, but the rhubarb crumble was everything I wanted and, by this point, expected it to be. Go ASAP, and book ahead – Kew’s little secret is out.