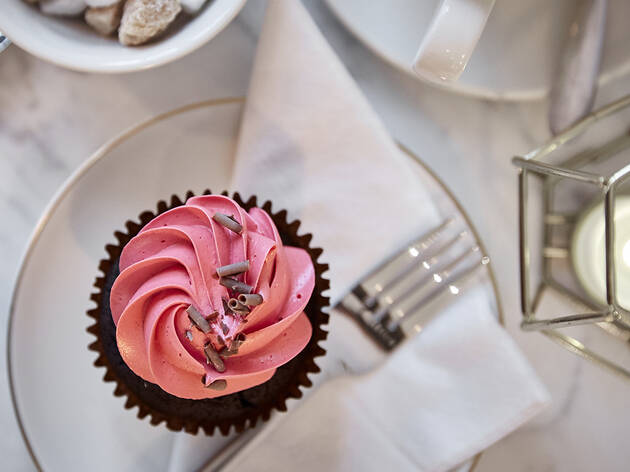 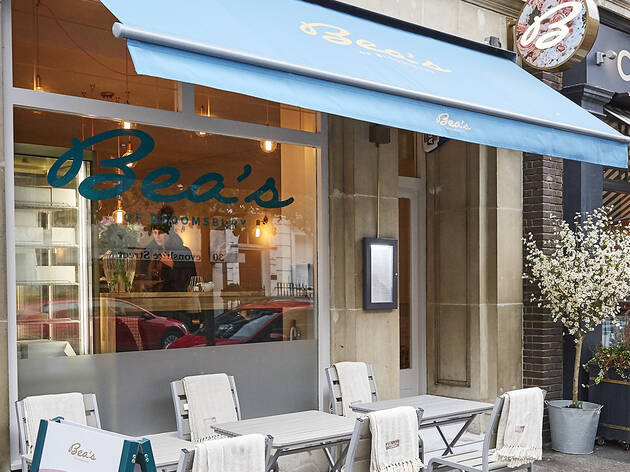 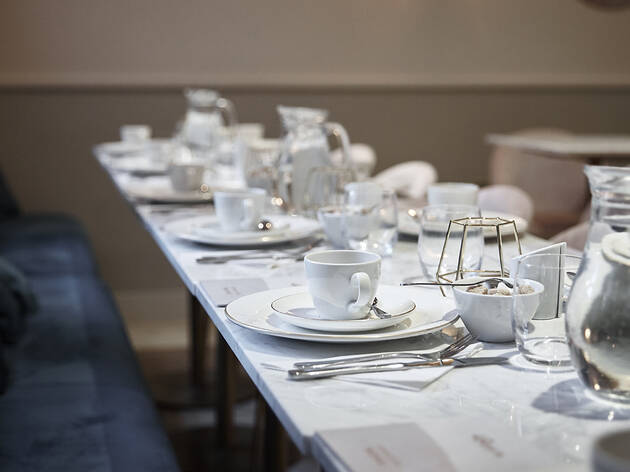 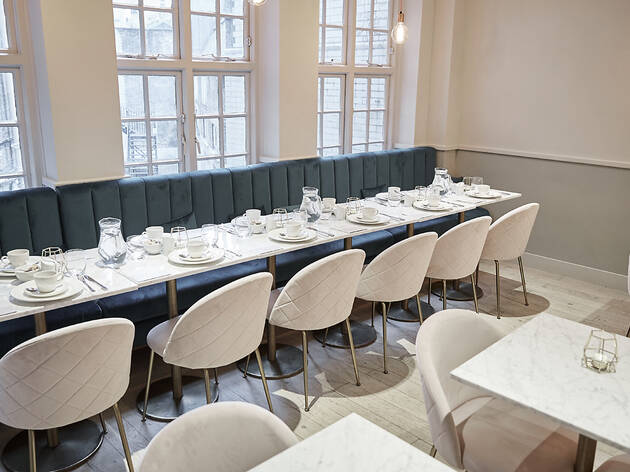 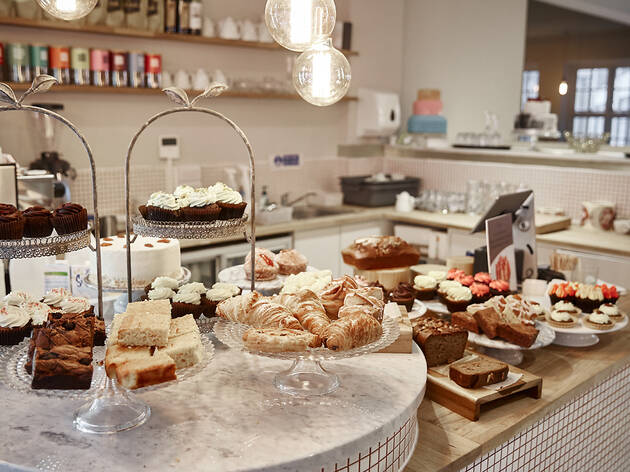 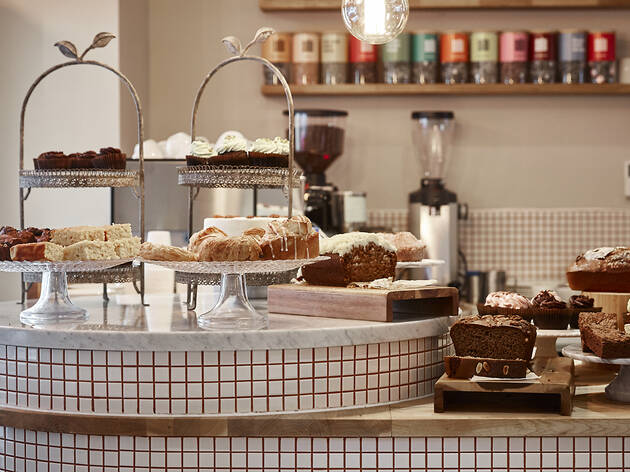 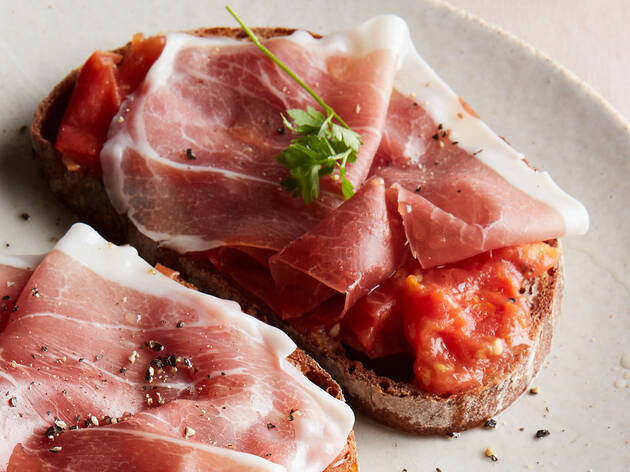 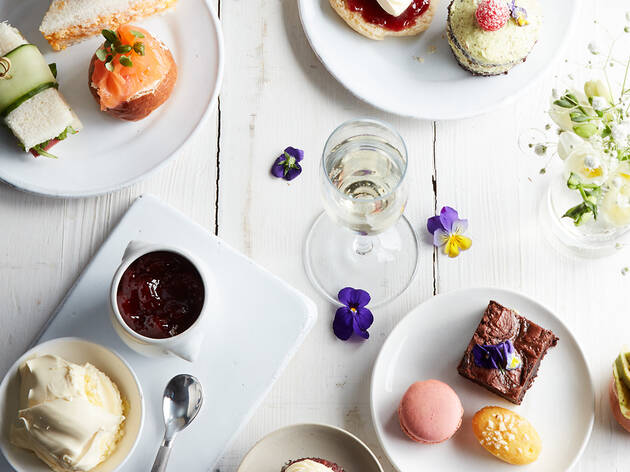 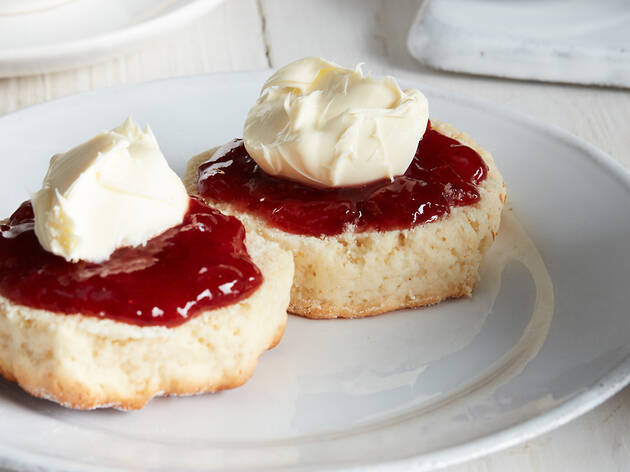 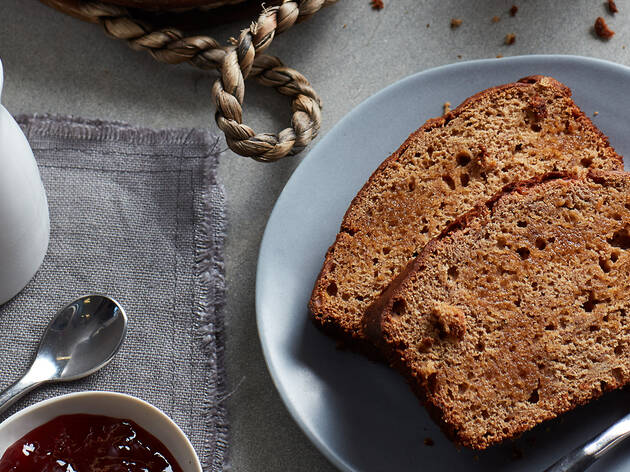 This new branch of Bea’s must be one of the most picture-perfect cake shops around. Its pastel interior has a bit of Wes Anderson about it, with a touch of Sketch thrown in – think pale pink leather banquettes and a subtle sprinkling of kitsch in the form of dangling gold teacup lampshades. Thankfully, the cakes served here live up to the scrummy decor – and we’d expect nothing less of Bea’s (who’ve dropped the ‘of Bloomsbury’ bit as they’ve expanded), now on their fourth eat-in location.

After much umming and ahhing at the counter – which was all handled with grace by the cheery staff – we opted for a piece of lemon meringue cheesecake and a duffin. The cake hybrid thing may be getting a bit old now, but the latter, a very generously portioned cross between a doughnut and a muffin, wasn’t much like either. Rather, it was a very delicious, jam-filled sponge; light, sweet and livened up by warming spices like nutmeg and cinnamon. The cheesecake tasted as good as it looked, and wasn’t too sugary, maintaining a good zing from the fresh lemons and a buttery base that Mary Berry would approve of. Also on offer were a solid range of ‘free from’ options, including vegan cupcakes, and Bea’s famous afternoon teas (which need to be ordered in advance).

In the interests of a balanced review, we ordered a tricolore salad, too – while fresh, it could have done with a good glug of olive oil and a bit of seasoning. But let’s face it, you don’t come to Bea’s for a salad; you come for fantastic cake in beautiful surroundings, and that’s what you’ll find here. Get your greens elsewhere.

Bea's of Bloomsbury says
Our Marylebone shop is a great location for us and a lovely space in which we are excited to showcase our old favourites alongside some newly created cakes and savoury dishes, light, cosy interiors.