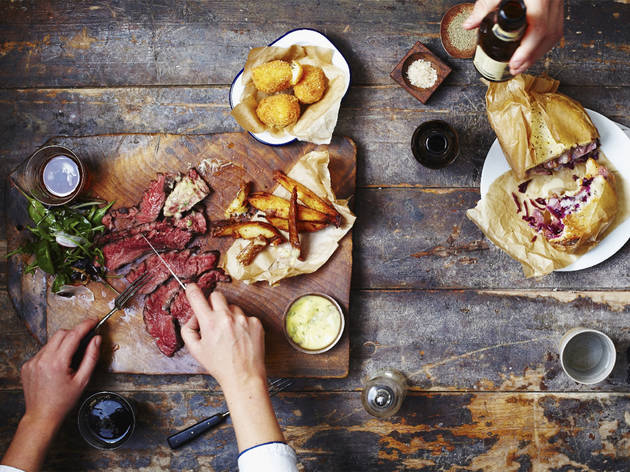 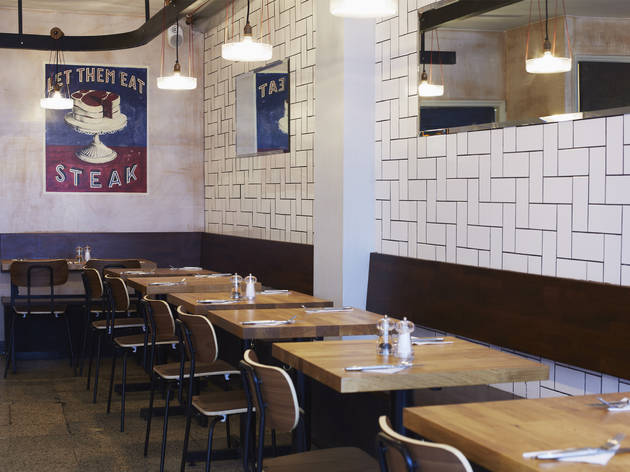 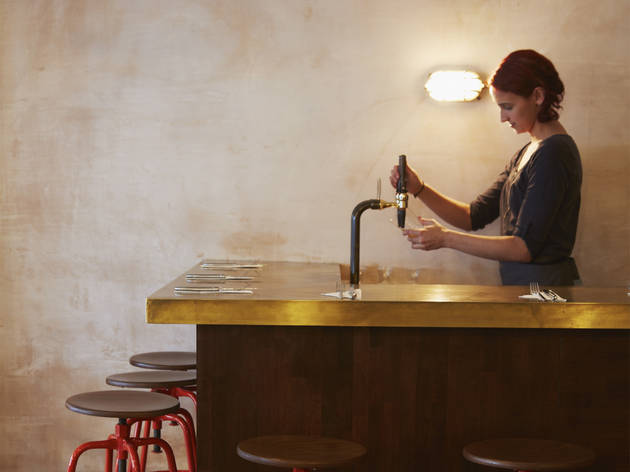 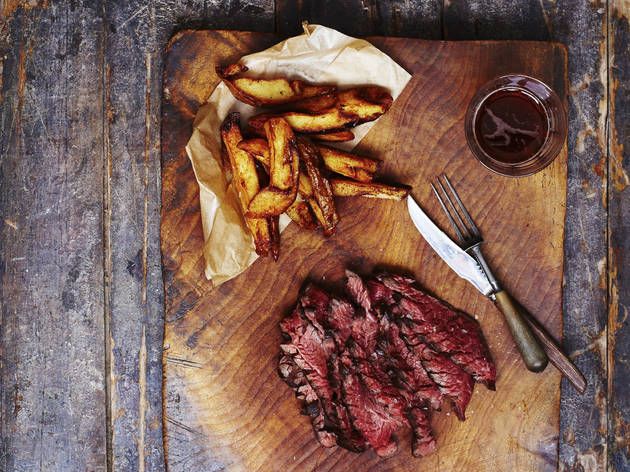 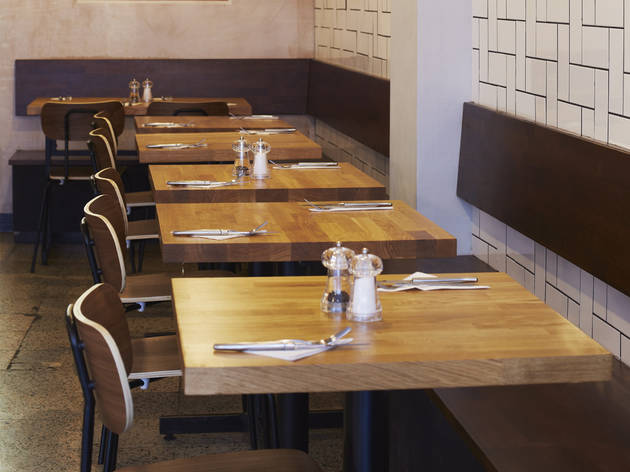 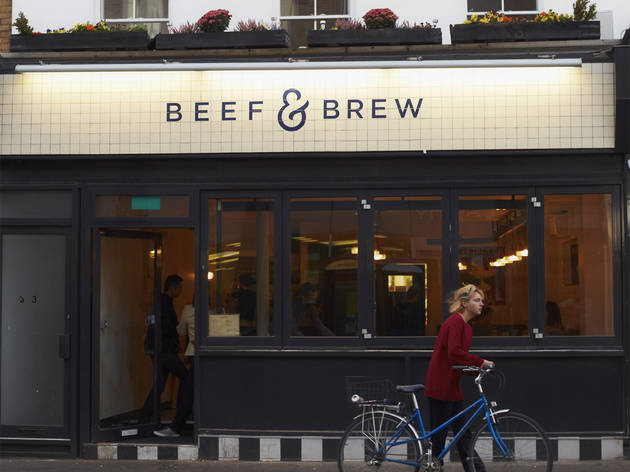 A Kentish Town restaurant, from a chef who trained under Angela Hartnett, specialising in low-price cuts of steak.

Kentish Town has seen so many bar and restaurant openings in the last couple of years, you’d think the local appetite for new eating-out opportunities was surely reaching satiety. And you’d be dead wrong. Beef and Brew, which opened late in September, has been doing a healthy-to-roaring trade most nights of the week.

The name is going to make you think this is a steak/burger and beer place. It is… and it isn’t. Steak does feature, but this isn’t just another place where dude-food fans can feed their lust for flesh, carbs and alcohol. The chef formerly worked at Café Murano, and there’s a spirit of experimentation here that goes well beyond the quest for figuring out how many high-calorie ingredients you can squeeze into a brioche bun.

When we visited, the cooking was best at its simplest. There are just two cuts of steak, both of the cheaper variety: hanger and flat iron. Our flat iron was chewier than this cut needs to be, and not hot enough, but it was a fine piece of beef at a fine price (£12.50). Better still were the chips, volcanically hot and deeply crunchy – the best I’ve had in London this year.

Experimentalism didn’t pay off so well. Salt beef brisket (£12.50) was pulled rather than sliced, and long, chewy strings did not suit this already stringy cut. Served on a bed of charred but undercooked leeks, it also featured a mustard sauce that didn’t taste much of mustard. Polenta chunks with parmesan and rosemary were a leathery, boring mistake: avoid. The woody stems on charred broccoli, left unpeeled, were fibrous and way undercooked.

Despite these fails, B&B is well worth patronising. The beer list is short and sweet: two on draft and two in bottle, from the likes of Fourpure and Beavertown (and the house brew is from Harviestoun). Wines price-peak at £27.50. The house negroni (£7.50) is well made.

I do wish they’d made an effort to damp down the room’s brutal acoustics, a hangover from the long-standing Sardinian restaurant Pane e Vino that preceded B&B. That’s the only structural complaint. Fixing the faults with the food will be easy for this clearly capable chef. Early success points to ongoing success, even in an area that ought to be shouting ‘please, no more!’ when another new restaurant opens.