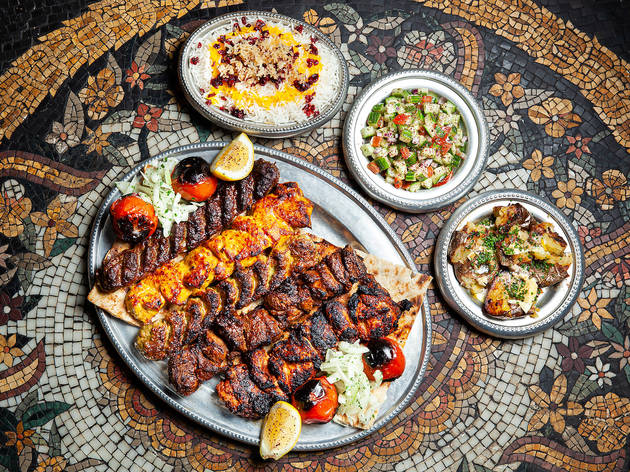 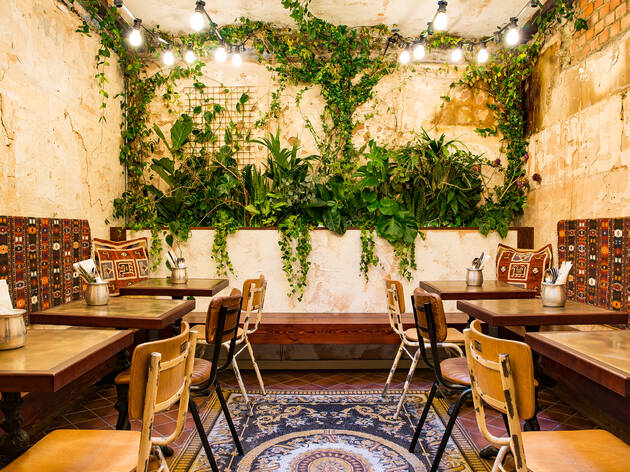 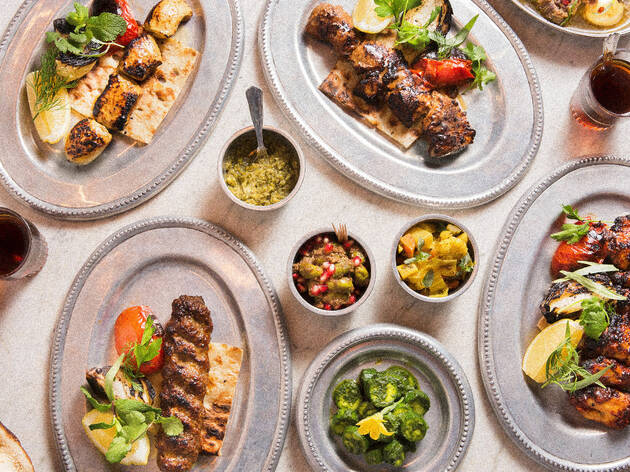 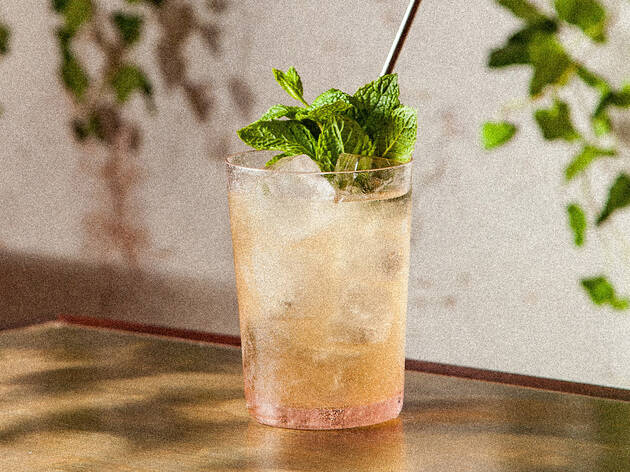 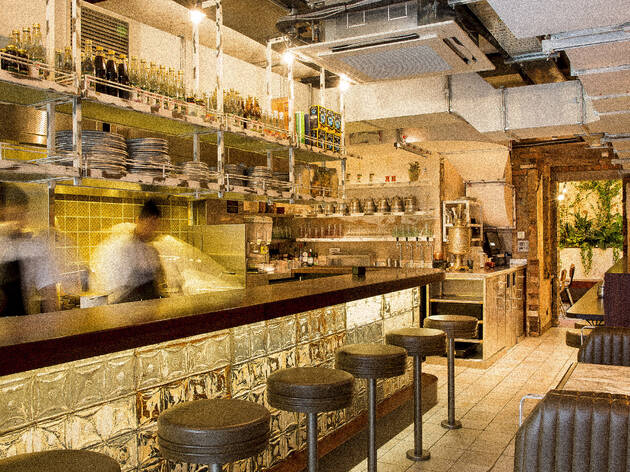 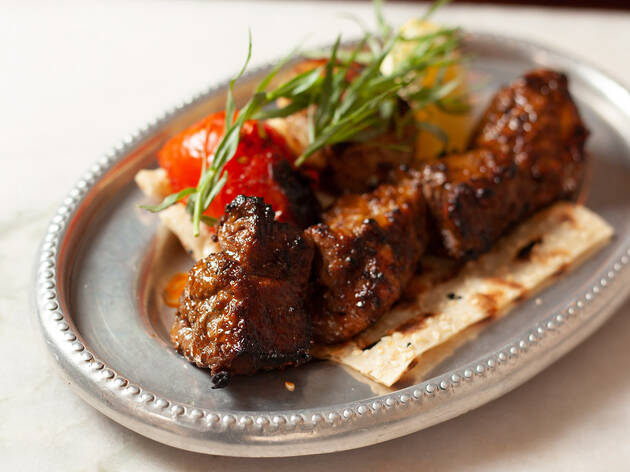 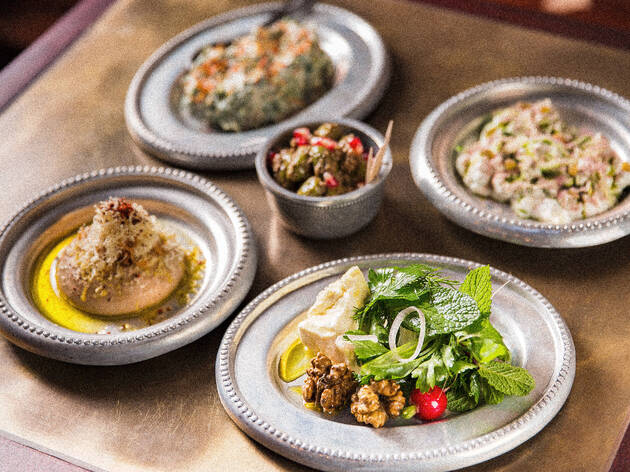 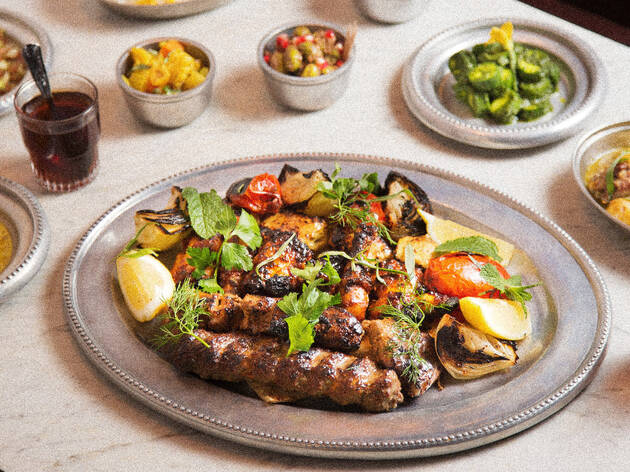 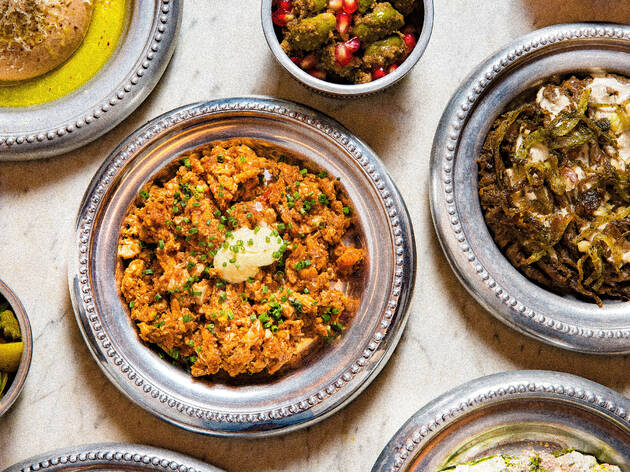 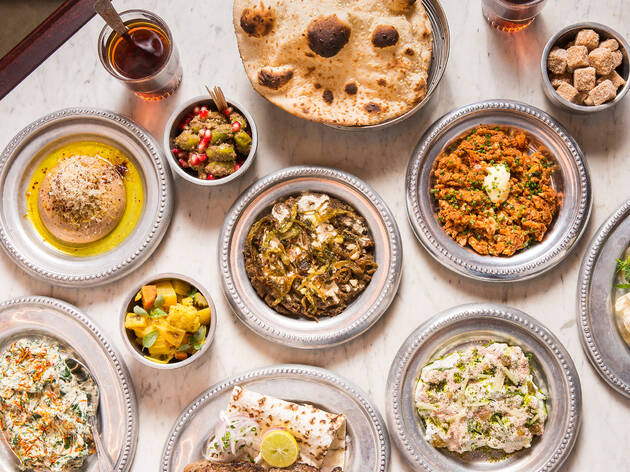 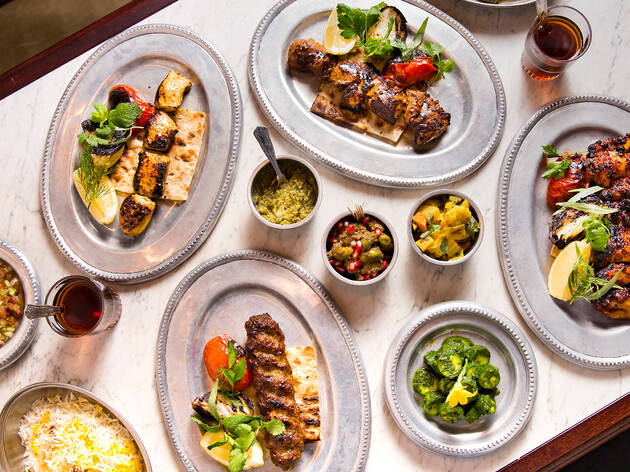 A boho-chic Persian joint in Soho from the group behind Bao and Hoppers.

From the street it looks small. Easy to miss. My pal called me while standing practically outside, asking where it was. But this casual Persian joint on Soho’s Romilly Street is mightier than it looks. First of all, it has a hint of the Tardis to it: the ultra-bijou front room, just a few booths flanking a kitchen counter, leads through to a (slightly) larger back room. This, with its cracked plaster walls, exotic foliage and rug-covered tiled floor, could have been lifted from a backstreet in Tehran. But it is a built-from-scratch London-ified version: it’s taken a lot of money to make Berenjak look this shabby-chic. And that money has come from the JKS group, the team who brought us Bao and Hoppers, among others. The head chef is Iranian-born Kian Samyani, who has previously worked at the group’s more grown-up powerhouses, Gymkhana and Brigadiers. Here, he’s running the vibrant open kitchen, where there’s a chap making bread for the tandoor at one end, and another at a rotating spit.

But it’s not kebab-shop food. Take the poussin: the charred, blackened edges offsetting its chilli, red pepper, sumac and garlic marinade. Think of it as a juicier, smokier, tangier take on tandoori baby chicken. Also great were salty, moreish morsels of broken eggs, or a bowl of stewed guinea fowl, its thin saffron-laced gravy studded with baby potatoes and sour barberries.

A few dishes lacked sparkle, like a bland houmous, and a dull block of feta with a too-small herb salad. But Berenjak is one of those joints Soho can’t have too many of: vibrant and atmospheric, with very good food, eager-to-please staff, and a bill that won’t kill.