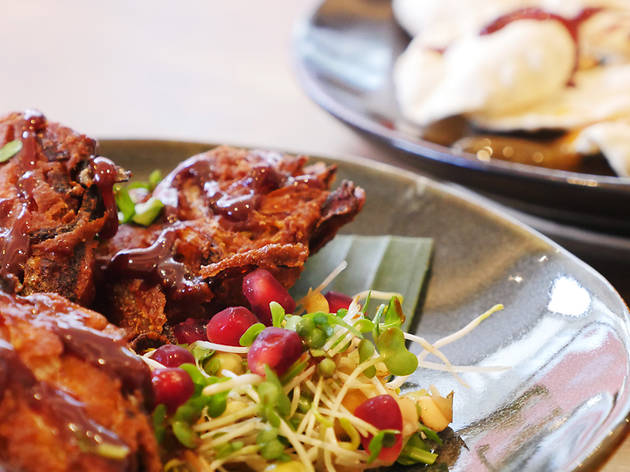 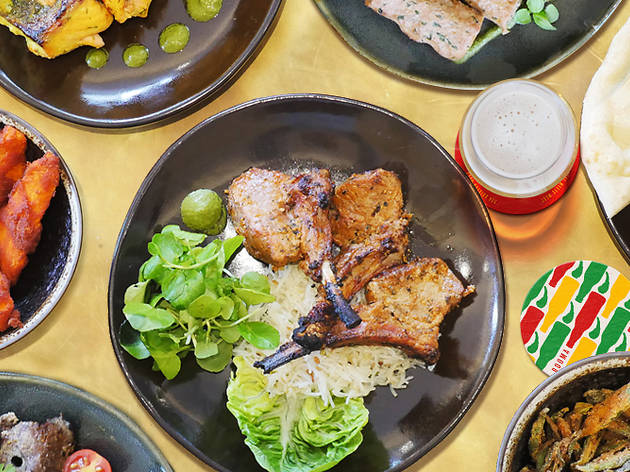 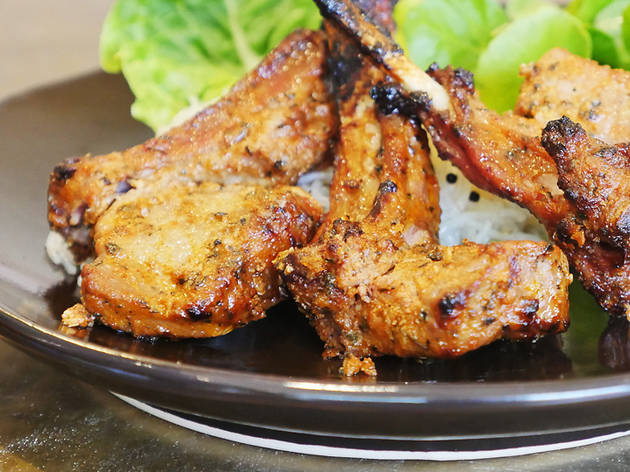 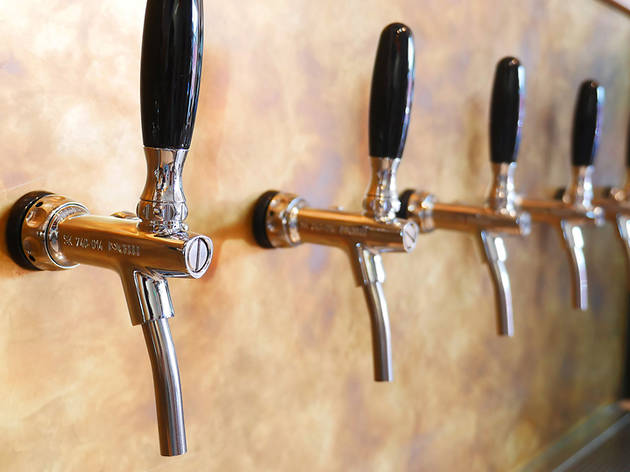 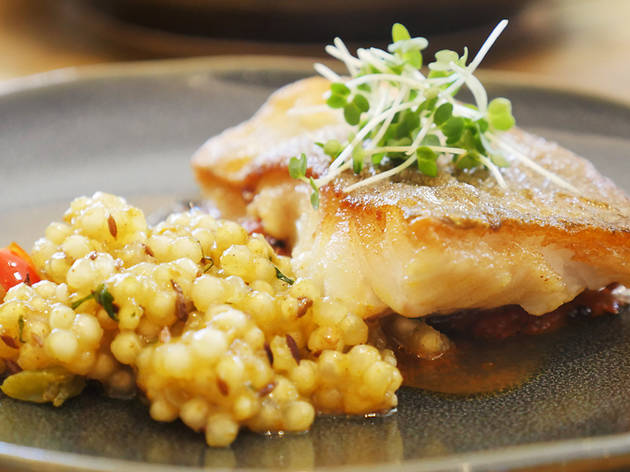 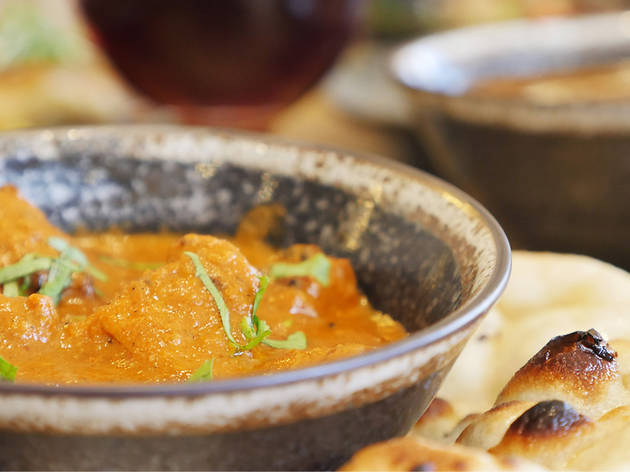 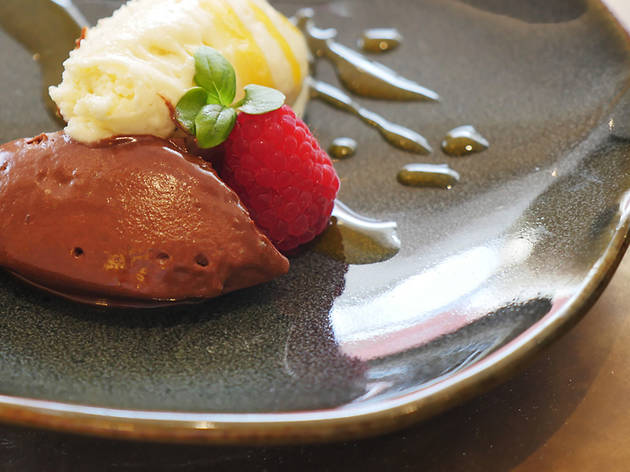 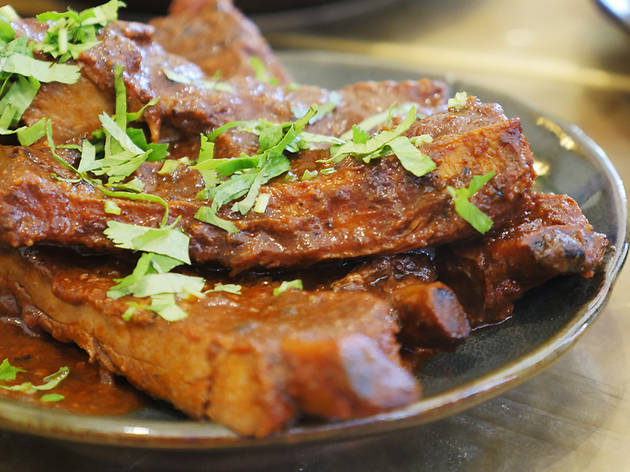 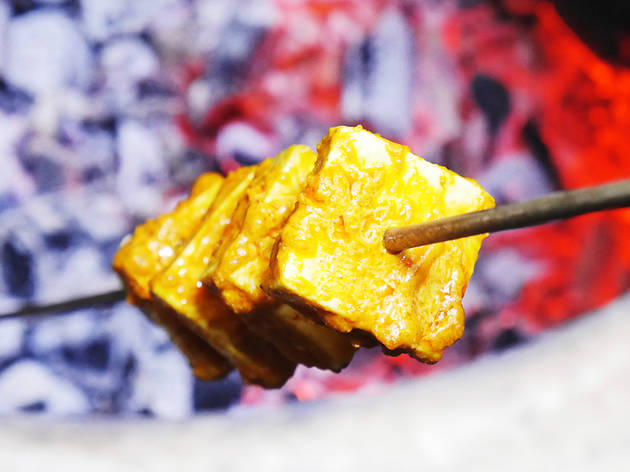 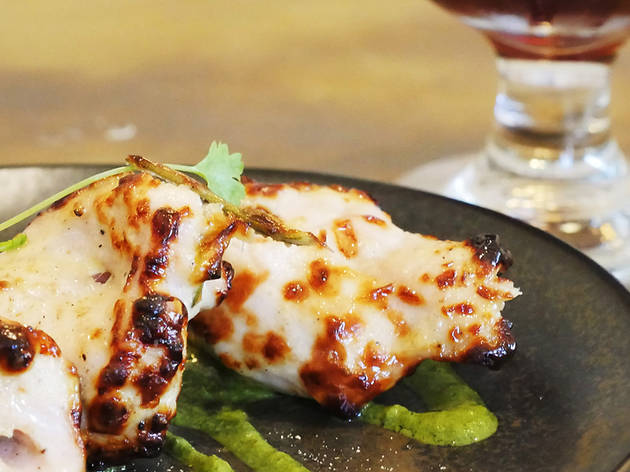 A Brixton Road curry house with a boozy concept.

Booma is a curry house with a concept. Hey, come back! Against all odds, it’s – quite unexpectedly – super. A modern little box of a room with an open kitchen and a few beer taps built into a stone wall, it has a two-part menu. On the left-hand page, a list of north Indian small plates: grilled meats, flatbreads, bowls of curries and sundries, each with a colour-coded number. Opposite is an interesting selection of beers and ciders sold in third or two-third measures, from a light house lager through to weighty milk stouts, each with a coloured number too. The idea? Match the numbers, and you’ll get a tipple that perfectly complements that bit of your dinner. Simple, really.

The food itself? Ding ding! Bloody grand. Onion bhajis were cricket-ball sized spheres, heavily spiced and held together with gram flour, that crumbled to shards on impact. An ace example of a usually workaday nibble. Likewise, achari paneer tikka was a simple plate elevated by giving the pillowy, mild cheese a hefty crisping in the tandoor. Better still was a teeny bowl of dhal makhani, the black lentils ragu-like in rich intensity; while the blackened lamb chops, like meaty lollipops, were simply the best I’ve had in London (no small praise when every tandoori joint in town seems to pride itself on its chops). They were washed down with a sour Rodenbach Grand Cru ale from Belgium, aged in oak; a tip-top combo. More muted was a cheese and coriander kulcha (a naan-like flatbread) lacking in both those things, and a dish of meen varuthathu pan-seared cod that didn’t benefit from the addition of tapioca. But these were small niggles, rectified by a tongue-tingling dessert of charred pineapple and coconut cream. Concept or no: Booma lives up to its explosive name.